Doug Emhoff defended his wife Kamala Harris during the couple’s official visit to France, saying being a woman and a trailblazer is ‘hard,’ as the White House doubled down in backing the vice president.

His comments come as Harris’ approval rating has reached a historic low level, with only 28 per cent thinking she is doing a good job, according to the USA Today/Suffolk poll, out on November 8. And a 51 per cent majority of respondents said they disapproved of the job Harris is doing as vice president. 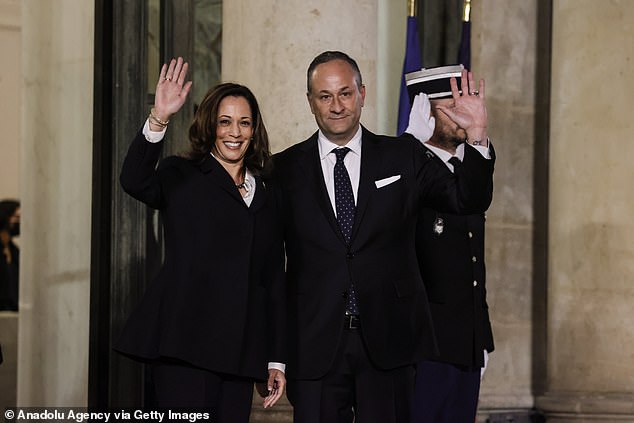 Doug Emhoff defended his wife Kamala Harris during the couple’s official visit to France, saying being a woman and a trailblazer is ‘hard 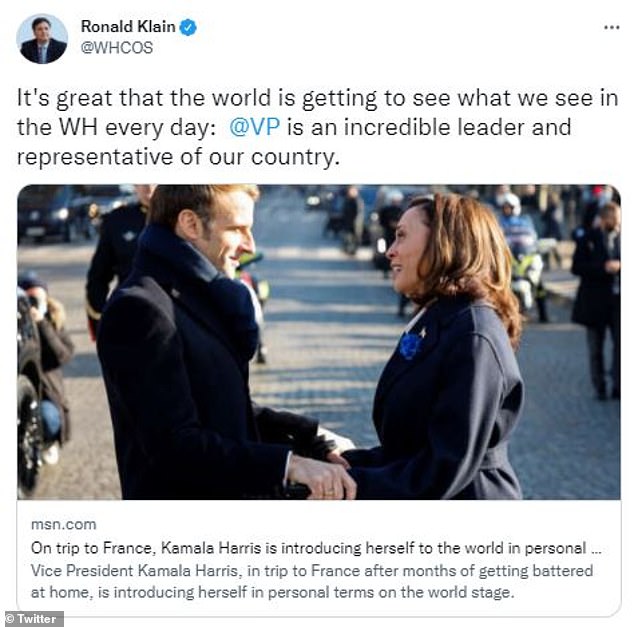 White House Chief of Staff Ron Klain also defended Harris: ‘@VP is an incredible leader and representative of our country,’ he tweeted 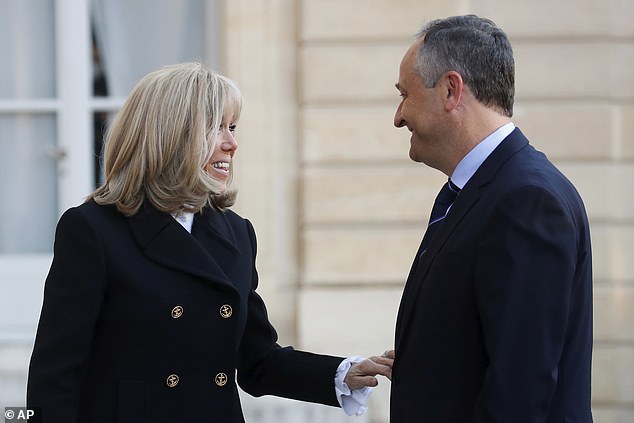 The vice president has struggled with the many high-profile issues tasked to her, including examining the ‘root causes’ that led to increased migrant crossings at the border, voter rights issues, and pushing for more people to get their COVID vaccine.

President Joe Biden has praised his hand-picked running mate, saying she is the last person in the room when he makes decisions. He has compared their relationship to the one he had with Barack Obama when he served as vice president.

White House Chief of Staff Ron Klain also defended Harris, tweeting an article about her trip to France and writing: ‘It’s great that the world is getting to see what we see in the WH every day: @VP is an incredible leader and representative of our country.’

Harris, the country’s first female vice president, is on a five-day trip to Paris, her third foreign trip. She has been resetting American-Franco relations after French fury over a submarine contract Australia signed with the United States, causing the French to lose out on a $90 billion sub deal with the Aussies.

Harris was also mocked online for appearing to attempt a French accent during a short speech to the Pasteur institute.

Emhoff, who gave up his partnership at the high-profile law firm DLA Piper when he became second gentleman, has been a staunch defender and supporter of his wife.

‘Advancing gender equality, it’s been said, is a shared deeply held value between France and the United States and I really have felt that during this trip. But the urgency of this issue cannot be understated. We cannot let anything slide, we need to continue to focus on it and move forward,’ he said at the event with Elisabeth Moreno, France’s Minister for Gender Equality, Diversity, and Equal Opportunities.

‘This issue concerns everyone, not just women… Our societies cannot succeed unless everyone succeeds,’ he said.

Closing the event, Emhoff reflected on the role men need to play in backing women.

‘I just did this on the regular. I just thought it was the right thing to do to support women. I always have… Men need to step up and be part of the solution and not be part of the problem. I’m going to do everything I can in this role to keep on messaging that,’ he said.

Emhoff has joined Harris at official events in France – including a posh dinner with President Emmanuel Macron and his wife Brigitte at the Elysee Presidential Palace on Thursday night.

He’s also had his own schedule, including a sit down with Brigitte Macron on Friday. 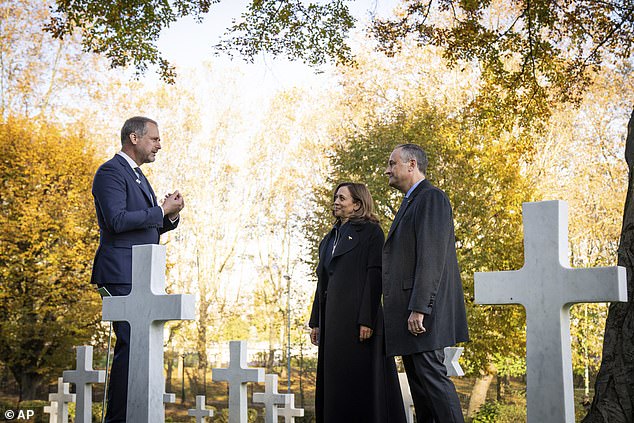 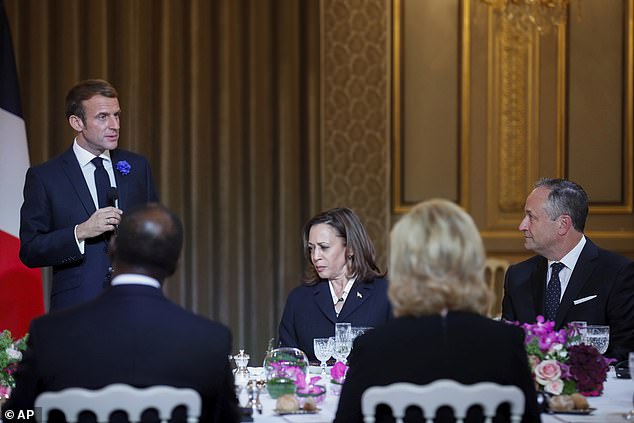 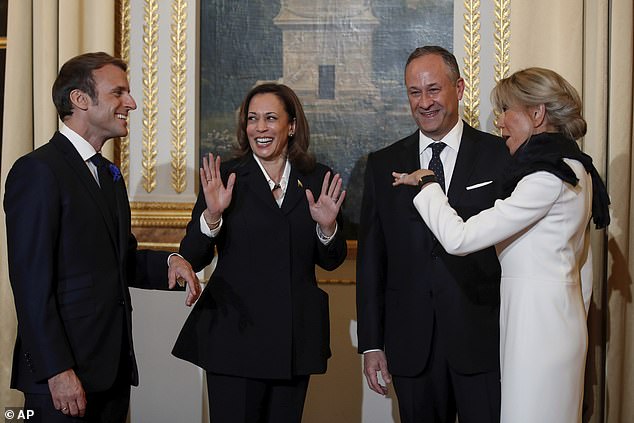 French President Emmanuel Macron and his wife Brigitte Macron talk with Vice President Kamala Harris and her husband Douglas Emhoff as ahead of a dinner on the first day of the Paris Peace Forum, at the Elysee Palace in Paris

At this early stage of a modern presidency, Harris’ numbers in the USA Today/Suffolk poll are unprecedented.

The closest comparison — which involves slightly different methodology and margins of error — would be former Vice President Dick Cheney, the most unpopular vice president in polling history.

He bottomed out at 30 per cent in Gallup’s tracking survey, but that wasn’t until the end of former President George W. Bush’s second term in 2007.

France Camila Morrone, 24, shows off her lithe figure as she joins boyfriend Leonardo...