Selling Sunset star Chrishell Stause has split from Keo Motspe.According to UsWeekly, the two called it quits this...
Read more

Speaking about her death, the Max Branning actor, 48, has detailed how he had a close bond with the supportive star, saying: ‘I just miss her a lot.’ 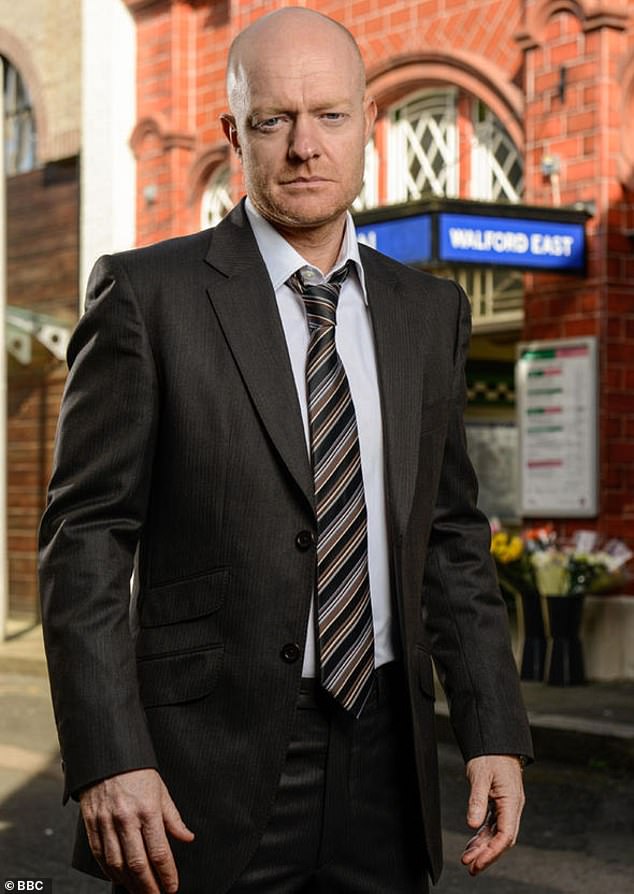 Missing her: Jake Wood has said he’ll be ‘forever grateful’ for his late friend and EastEnders co-star Barbara Windsor (pictured on the soap as Max Branning)

Jake told The Sun: ‘Barbara really supported me when I first started. She put an arm around me, if you like, and I will be forever grateful for everything she did for me.’

He added that Barbara was ‘very generous’ as he revealed the showbiz icon gave him some touching advice when he was starting out in the business.

‘Her advice was don’t change anything about who you are or what you do or where you go. 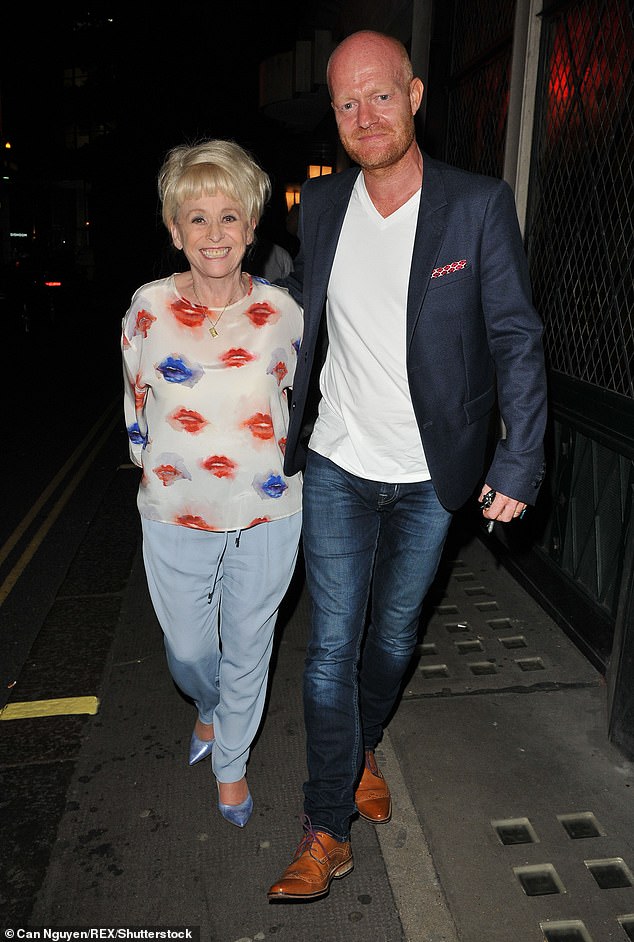 Pals: The actor, 48, and Barbara were very close friends and often spent time together away from the soap with their partners (pictured in 2016)

Jake added that he’s still close to Barbara’s widower Scott Mitchell, making sure to speak regularly, and are making plans for a catch up after lockdown.

Jake, who is married to wife Alison, was very close to Barbara and Scott with the two couples often doing things together socially.

After the actress died, Jake and Alison shared a touching tribute to Barbara on Instagram revealing they keep a framed picture of them all together in their home.

They penned: ‘Our hearts are broken today in the Wood household. Barbara and Scott hold a very special place in all our hearts. 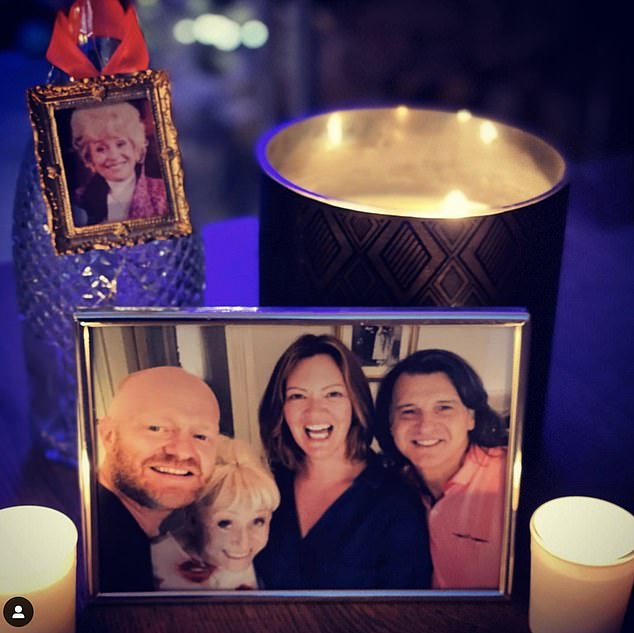 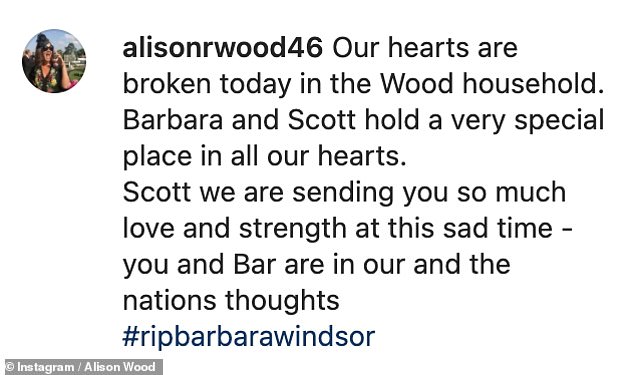 Touching: After the actress died, Jake’s wife said their ‘hearts were broken’ and revealed they keep a framed picture of them all together with Barbara’s husband Scott in their home

Several of Barbara’s EastEnders co-stars shared tributes after her death, with Jessie Wallace, 49, who played Kat Slater penning : ‘My darling Barbara. So heartbroken to hear you have left us. I love you.’

While Adam Woodyatt, 52, whose character Ian Beale was once punched on the show by Peggy, called it an ‘honour and a privilege to have known Barbara.

Elsewhere in his chat with The Sun, Jake revealed some of the stranger things which have happened during his time as Max Branning including being sent used Y-fronts.

He also admitted it was time for Max to leave after 15 very dramatic years which saw him sleep with 15 women, go to prison, get married four times and be buried alive. 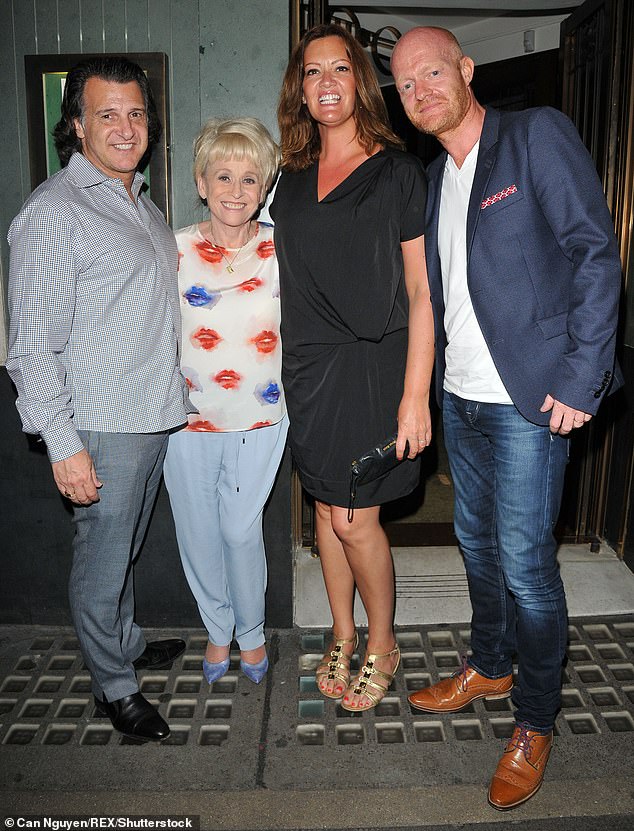 Good advice: Jake said Barbara told him to ‘never change anything about himself’ when he started out in acting (pictured Scott, Barbara, Alison and Jake in 2016)

Jake said a heartfelt goodbye to Max as he shot his final scenes back in December, sharing a farewell video to Instagram as he walked around the famous BBC set.

Jake said ‘That’s a wrap’ as he thanked fans for their support as his time portraying the Albert Square bad boy came to an end.

‘I’ll miss the place, it’s the people for me, I made some amazing friends and it’s been an incredible life changing experiences.

‘Thank you all for your messages of love and support, I have really appreciated all of that, who knows what the future brings? I just wanted to say goodbye to Max Branning and share this with you all.’ 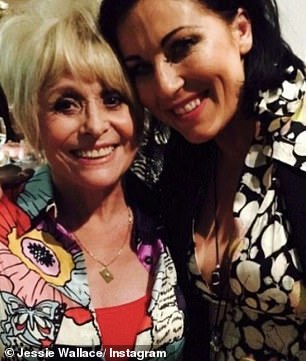 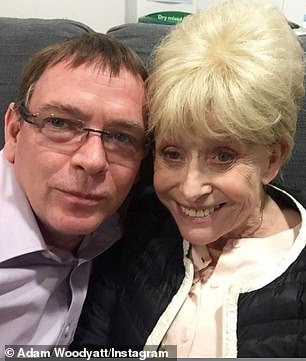 ‘It’s been a privilege and an honour’: EastEnders’ Jessie Wallace, (left) Adam Woodyatt, (right) were among the stars who paid tribute to Dame Barbara Windsor after she passed away following a battle with Alzheimer’s in December

Selling Sunset star Chrishell Stause has split from Keo Motspe.According to UsWeekly, the two called it quits this week after falling for each...
Read more

Hilary Duff bares her baby bump in a red caftan as...
Read more

Katie Price was warned by police for the second time this month after her own fans reported her for breaching Covid rules, it...
Read more

She's been going from strength to strength with her new boyfriend Liam Beaumont since starting to date last February.And Charlotte Crosby has now...
Read more