Covid-19: Gloucestershire neighbourhood has only vaccinated 20% of over-65s #Englishheadline

The British variant of coronavirus is set to become the dominant strain in Germany, further adding to the...
Read more 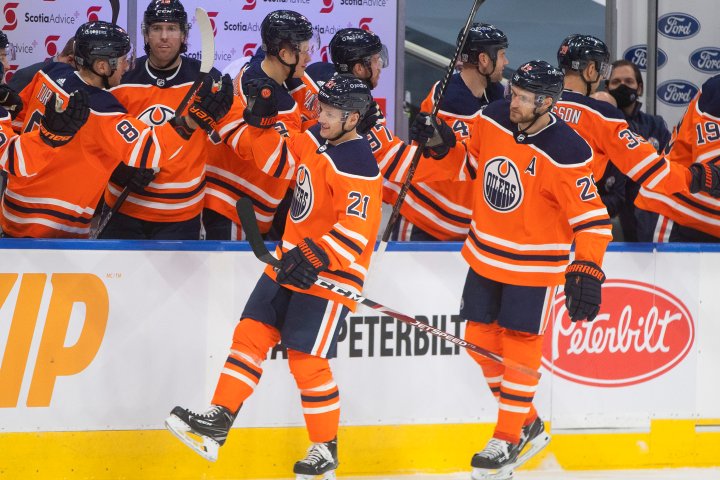 Leon Draisaitl had six assists, one shy of an NHL record, as the Edmonton Oilers drubbed the Ottawa Senators 8-5 Sunday night at Rogers Place.

“He’s just not that one-dimensional guy where he’s just a great passer. He’s got a great shot,” Oilers forward James Neal said. “If you’re not going to take him away, he can bury it too. I knew he was a good player, but getting to see him every day—he’s special.”

Stuart Skinner made his first NHL start in goal and made 33 saves for the win.

“It was a lot of fun to get right into it,” Skinner said. “I was a little bit nervous at the beginning. I had to lean back and not see everything happening and try to stay focused—not get too overwhelmed.”

“It’s not an ideal situation for him to come in but I thought he did a great job,” Draisaitl said. “He made some big saves. I thought we could’ve helped him out more—kept it a little tighter—but that’s his first game and that’s something he’ll remember for the rest of his life.”

The Oilers started the offence early when Dominik Kahun had his shot deflect off a Senators stick and drift by Matt Murray eight seconds into the game. James Neal added a power play goal four minutes later. Colin White replied not long after, batting a puck out of the air and past Skinner.

Kahun ties an #Oilers team record for fastest goal from the start of the game at 8 seconds. Gretzky scored 8 seconds in against Rangers Dec 14/83.

The scoring was far from done. Tyson Barrie ripped home a power play one-time for his first with the Oilers. Neal scored again, then Ryan Nugent-Hopkins added another power play marker. The Senators got goals 1:32 apart from Brady Tkachuk and Drake Batherson, and the Oilers were up 5-3 after one.

Connor McDavid extended the lead to 6-3 in the first minute of the second with the Oilers fourth power play tally of the night. Darnell Nurse and Kailer Yamamoto added goals later in the period to make it 8-3 after two.

“It definitely helps when you’re up five,” Skinner said. “It lets you get your feet underneath you and take a couple deep breaths and settle in.”

Tim Stutzle and Austin Watson scored 47 seconds apart for the Senators in the third.

“I think we were a little too loose. Obviously giving up five is not going to cut it most nights,” Draisaitl said.

McDavid had a goal and four assists. The Oilers were 4/5 on the power play.

The Oilers, 5-6, will host Ottawa again on Tuesday.

With files from 630 CHED’s Brenden Escott

Covid-19: Gloucestershire neighbourhood has only vaccinated 20% of over-65s #Englishheadline

It’s So Weird, But We Know Which Netflix Show You Should Stream Next Based On Your Baby Name Preferences #Englishheadline

Save on a mini microphone that’s great for vlogging #Englishheadline

Tom Brady keeps setting records, and this time, he didn’t even play. A rookie card for the 43-year-old Brady sold for a record $1.32...
Read more

TAMPA — Gio Urshela finally got into a game Thursday to see how his elbow would fare in his first live action since...
Read more