Alan Shearer admits his surprise at England playing a three-man defence in Euro 2020 last-16 clash against Germany, arguing ‘we’ve looked VERY SOLID and haven’t conceded’ with a back four… while Jermaine Jenas claims the wing backs will be ‘KEY’

Southgate’s starting line-up raised some eyebrows ahead of kick-off at Wembley with creators Jack Grealish and Phil Foden missing out as he reverted to a three-man defence with two wing backs, having not conceded so far at the Euros using a back four.

The England boss has selected Harry Maguire, John Stones and Kyle Walker as his centre backs, with Kieran Trippier and Luke Shaw in the wing back positions to deal with Germany’s formidable attacking threat. 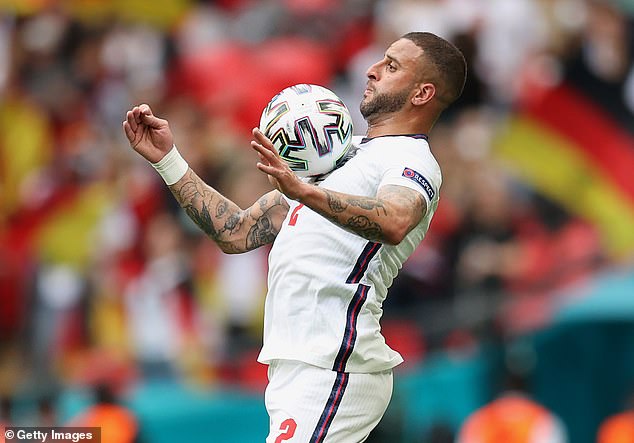 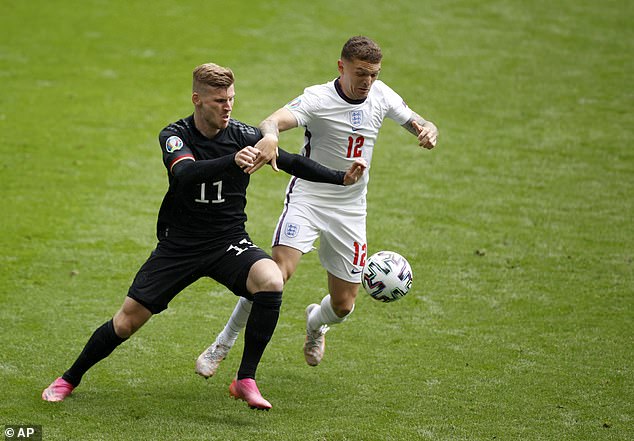 Trippier was picked as right wing back by Southgate, whose team selection surprised some

Kalvin Phillips and Declan Rice have been tasked with shielding the backline, while Raheem Sterling, Bukayo Saka and Harry Kane will be looking to provide the magic up top.

And following Southgate’s team selection, Shearer told BBC One’s matchday coverage: ‘I thought he might have gone in with something similar with four at the back because we’ve looked very solid and haven’t conceded.

‘I think its imperative that Phillips is given a bit more freedom to get forward and help those three forwards.

‘With the pace and ability of the wing backs it’s going to be a huge competition and they’ve got to try and dominate and push those back.’

England have looked assured so far at the Euros playing a four-man defence, beating Croatia and Czech Republic 1-0 while drawing 0-0 against Scotland. 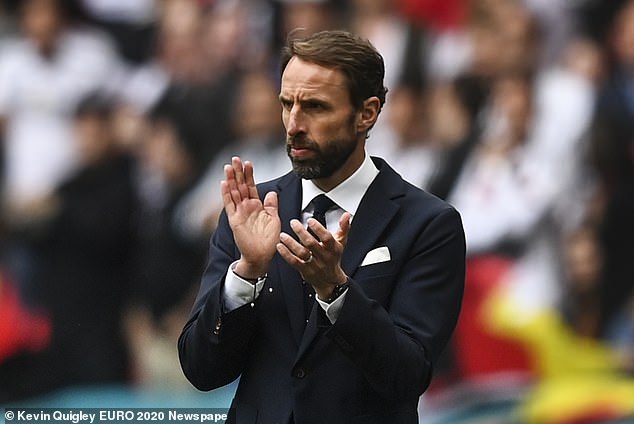 Southgate had played four at the back in the group stage, with England not conceding

Meanwhile, fellow pundit Jermaine Jenas has argued that England’s wing backs of Trippier and Shaw will be ‘key’ in helping the attack flourish.

‘I think in this type of formation your wing backs are your key,’ Jenas added. ‘They need to be high and wide to allow Saka and Sterling to play a little bit more central off Kane.

‘Kane will want to naturally come deep so you need your wing backs to make those runs, threatening in behind.

‘But Saka and Sterling can create overloads if they want to create that link.’

The winners of the Wembley showdown will take on either Ukraine or Sweden in the quarter-finals on Saturday evening. 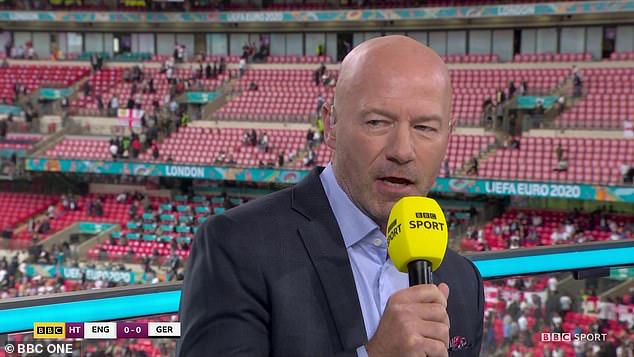