By Danny Murphy For The Mail On Sunday

I wouldn’t be fearful of Germany, but I’d certainly be respectful. Like England, their form at Euro 2020 has fluctuated game by game.

Against Hungary, they got away with it and only just qualified. They looked nervy and devoid of ideas against opponents who defended in numbers.

But this heavyweight clash with England will be different altogether and it’s worth remembering how Germany beat Portugal 4-2. 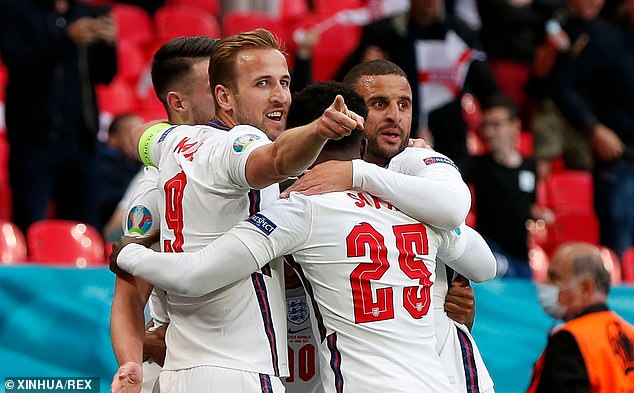 They showed energy and quality, played with great width and got runners into the box.

Tuesday’s match could be a cracker because both sides have creative players who like being on the front foot. Germany have a reputation for being pragmatic but we haven’t seen that in this tournament.

England have been the more cautious of the two sides but tend to be more attacking when teams come onto them and leave space.

Generally, the team who keep the ball better and control tempo win matches in international football. 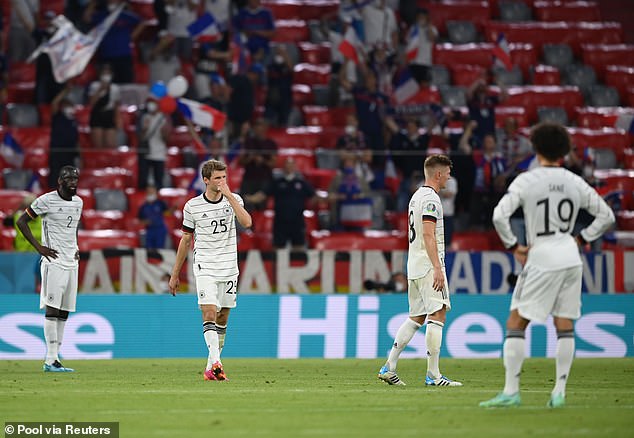 There can be exceptions where a moment of individual brilliance counts, but more often than not, the team that carries out their game plan best, is triumphant.

In that sense, it will be fascinating to see what Gareth Southgate does. He could match up Germany’s system or trust his players to continue with a back four and be intelligent enough to find spaces quickly in attack and pick up Germany’s players when defending.

My gut instinct is that England should stick to their preferred formation, find a way of stopping the wing-backs within that, and then use our numerical advantage in midfield to exploit our attacking pace against Matthias Ginter and Mats Hummels. 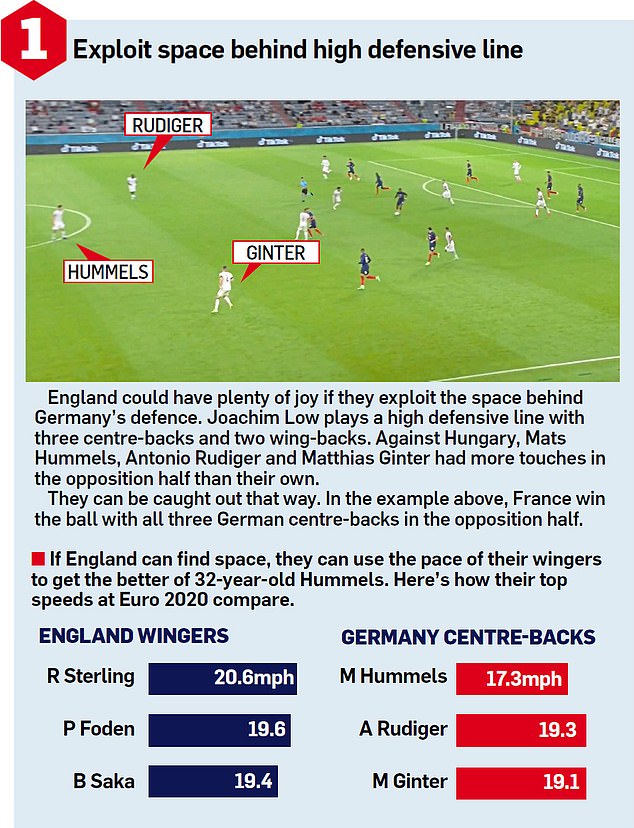 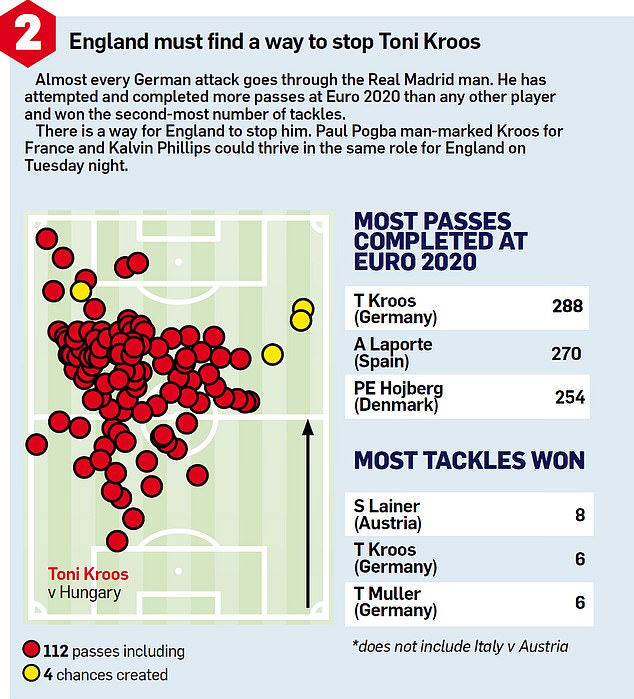 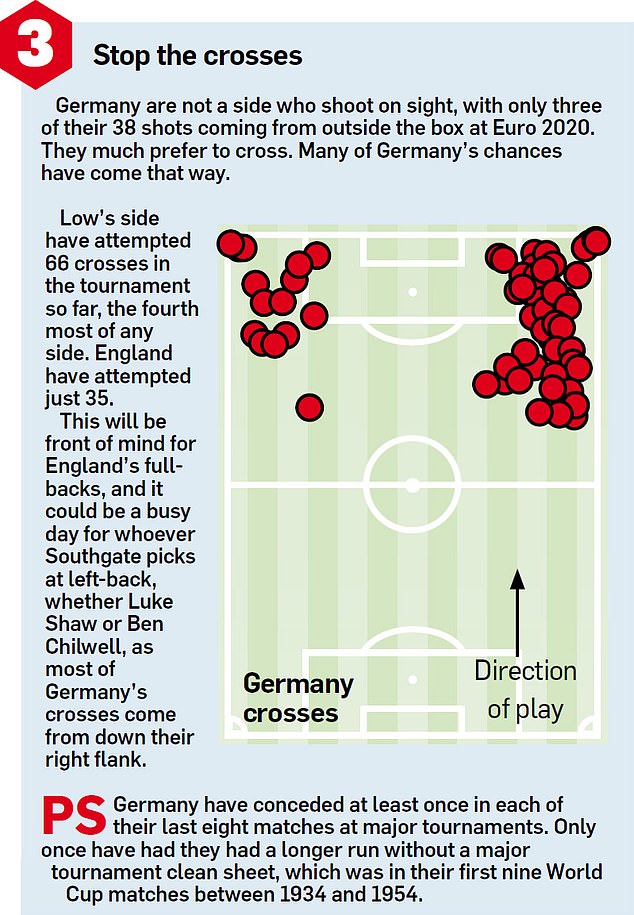 Raheem Sterling, Mason Mount and Bukayo Saka are all capable of making runs in behind the German defence and Kyle Walker is lightning fast down the sides. If Germany stick with their back three, I still wouldn’t want England to follow.

I know from experience it can be difficult for players to adjust immediately to a new system in a big game.

It’s a 50-50 game. England have home advantage but Germany counter that with extra experience. They have players who won’t be fazed by the occasion. They’ve won everything and got the T-shirt.

Germany lack legs at the back but have plenty in attack. Ideally, they’d love their front three joined by two wing-backs up against a back-four. 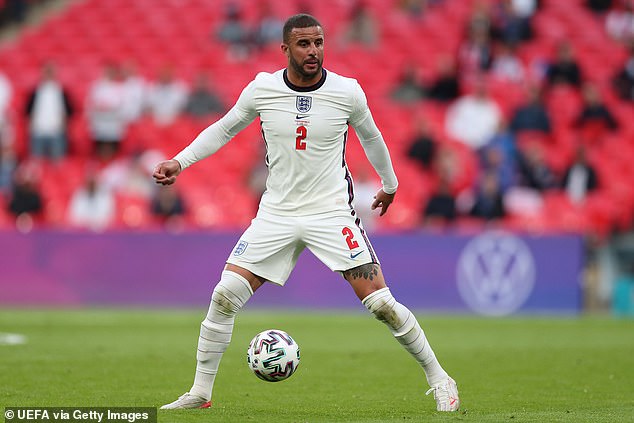 How do England cope? They could ask the wide players, Sterling and Saka for example, to track Joshua Kimmich and Robin Gosens. The downside to that would mean England are effectively left with a back six and put on the back foot, as Portugal were.

As Germany tend to play the ball to feet rather than pass in behind defenders, I’d suggest it would be better for a midfield holder like Declan Rice to take responsibility for screening Kai Havertz or Thomas Muller, thereby allowing Walker and Luke Shaw to engage the wing-backs when necessary.

This match will be different to the Czech game. It will be high-intensity football. England and Germany won’t park the bus. It’s not allowed.