By Matt Barlow for MailOnline

Didier Deschamps has hailed the influence of ‘all-time great’ Antoine Griezmann as the Barcelona striker prepares to make his 50th consecutive appearance for France.

Griezmann has started every one of the team’s 35 competitive matches across four full seasons and has not missed a competitive international since making his debut in March 2014.

It is an incredible record of consistency and reliability, his manager agreed, ahead of today’s Group F game against Hungary in Budapest. 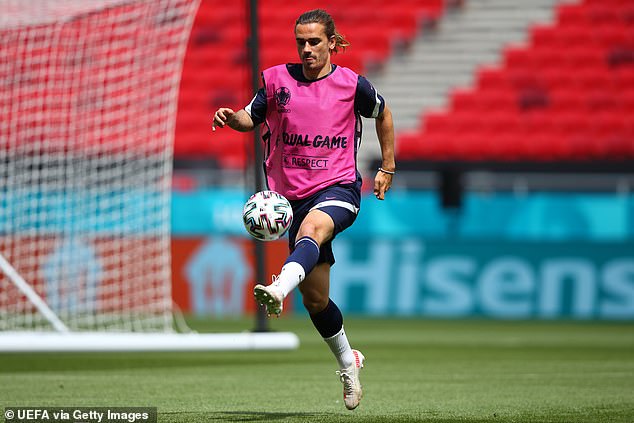 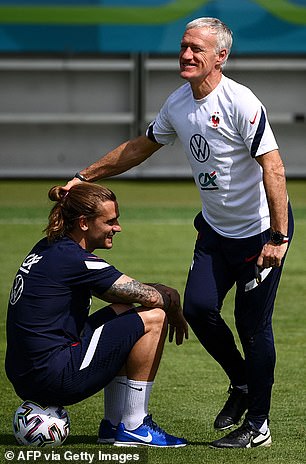 ‘He’s a professional and he has managed to avoid the different injuries he could have had,’ said Deschamps.

‘He may not be 20 years old anymore but he takes very good care of himself. The statistics speak for themselves.

‘You can see the influence he has for the team through the goals he scores and his assists. If we then add his capacity to change the game, to get stuck in when we need to defend and don’t have the ball, he is one of the greatest players of all-time both in Europe and worldwide.’

This run of consecutive games is a French record.

In all, 30-year-old Griezmann has 92 caps and 37 goals for his country, scoring six times at Euro 2016 to propel them to the final.

‘He is one of our technical leaders,’ said Deschamps. ‘He is a game changer with the way he moves, the control he has with the ball and the goals he is capable of scoring, and his assists. He is an offensive player, a very creative player and has this ability to think outside the box.

‘That’s something he has proven to us time and again, it’s remarkable to watch even through he’s happy to get back and defend. Maybe he does that a little bit too much.

‘I’m not going to take this away from him. It is completely natural for him and important to our balance. This doesn’t prevent him from being a huge player and from having a huge presence on the pitch with regards to his efficiency up front.’ 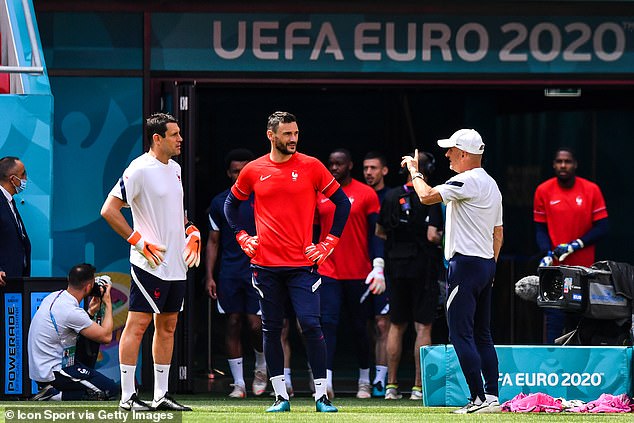 France started Euro 2020 with a 1-0 win against Germany in Munich but captain Hugo Lloris sounded a note of caution ahead of Saturday’s game before another crowd of 61,000 in Budapest’s Puskas Arena.

‘We shouldn’t be too positive,’ said a typically sanguine Lloris.

‘It is only the first game and lots of challenges await us, starting here. But is important to have started with a great collective performance, to put on a good show of solidarity and solidity.

Deschamps has confirmed Benjamin Pavard, who suffered a blow to the head during Tuesday’s game against Germany, is available to play.

Hungary midfielder Loic Nego, Paris-born and a former France youth international who came through the age groups with Griezmann, is looking forward to locking horns with his friend.

‘We’ve not had much time to talk over the past few days but it’s true we have great memories together,’ said Nego. ‘It will be a particular sentiment but I am completely focused on what I have to do with Hungary.