Germany legends Michael Ballack and Lukas Podolski rip into their country’s ‘BLEAK’ display against rivals England, claiming there was a ‘lack of ambition and fighting spirit’ and that Joachim Low made his subs too late during Euro 2020 exit

The inquest into Germany‘s Euro 2020 knockout at the hands of old foes England has begun, with a host of former players taking aim at the team for having ‘no courage’ and lacking ‘ambition’.

A pulsating clash at Wembley between the two heavyweight nations saw the Three Lions seal their spot in the quarter-finals with a 2-0 win, bringing Joachim Low‘s time in charge to a bitterly disappointing end.

Now, just days after the exit, the limp display has come under fire with several influential figures in Germany openly questioning their system and the underwhelming nature of the defeat. 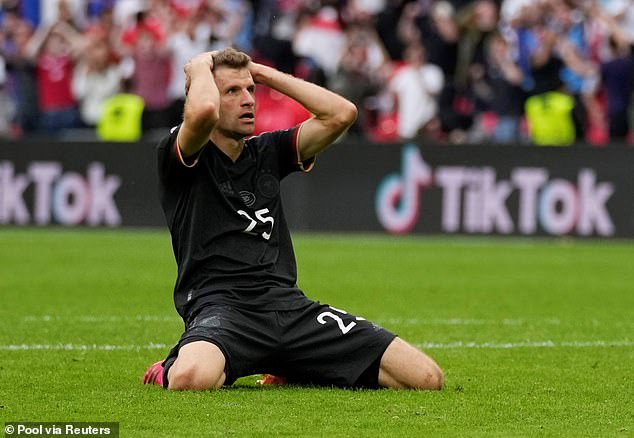 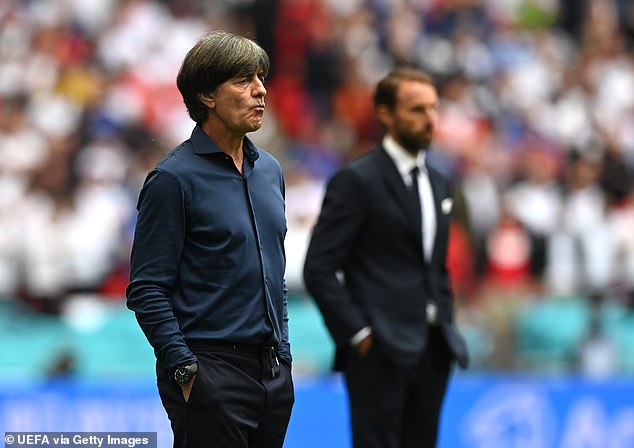 Raheem Sterling netted the first goal of the tie on 75 minutes to spark wild scenes of celebration at the ground, before Harry Kane settled the nerves by nodding home to break his duck for the tournament.

In between, Thomas Muller squandered a gilt-edged chance to bring his nation back into the game, but the veteran forward could only fire inches wide of the far post with Jordan Pickford racing towards him.

The performance was a far cry from the impressive feats of the squad that finished as runners-up at Euro 2008 – a group that Michael Ballack, the former Chelsea midfielder, had been a part of. 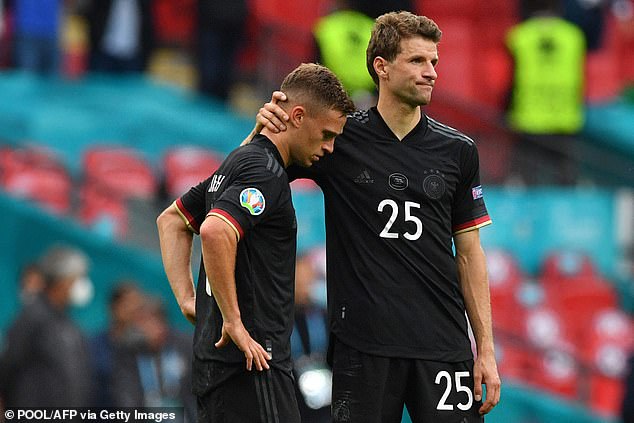 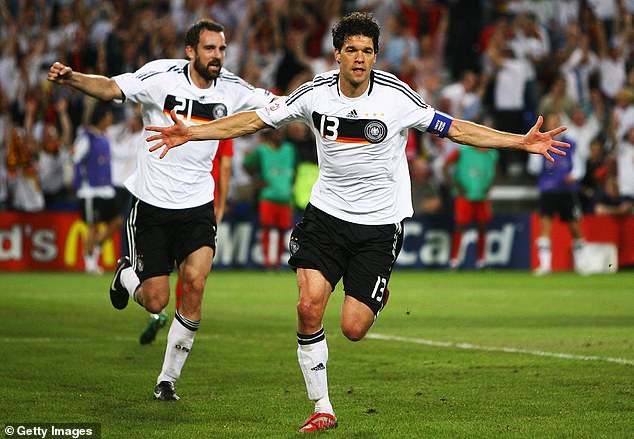 Michael Ballack, a runner-up at Euro 2008 with Germany, has ripped into the team’s approach

He has ripped into Low’s approach, and also savaged the timing of his changes.

‘[It was] sobering, unconscious,’ Ballack said on MagentaTV. ‘The first half showed that we had no answers, that we had withdrawn unnecessarily. I don’t understand why he waited so long to make his substitutions.’

Lukas Podolski has also delivered a no holds barred assessment, and the 2014 World Cup winner admitted that Germany never looked as though they would find the net.

He told BILD: ‘There was a lack of ambition, a lack of fighting spirit. It all seems so bleak when you see the faces of the players; there’s nothing that moves. 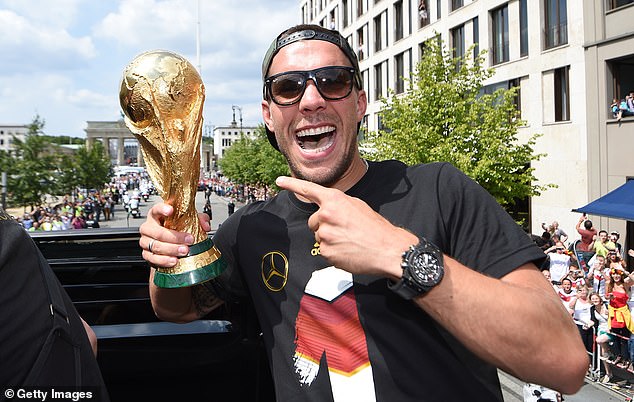 ‘A fire could break out in the stadium, and they would stay on the pitch. We’re missing the absolute will to score a goal.’

The damning verdict has even stretched into the youth ranks, with Under-21 coach Stefan Kuntz choosing to highlight the team’s dilemmas around their own goal.

‘Our defence was never really good,’ he told ARD. ‘In my opinion, a back three couldn’t truly convince that it was stable.

‘It has to play on one line. When it is not possible, you confuse everything. You can only drop deeper and deeper. 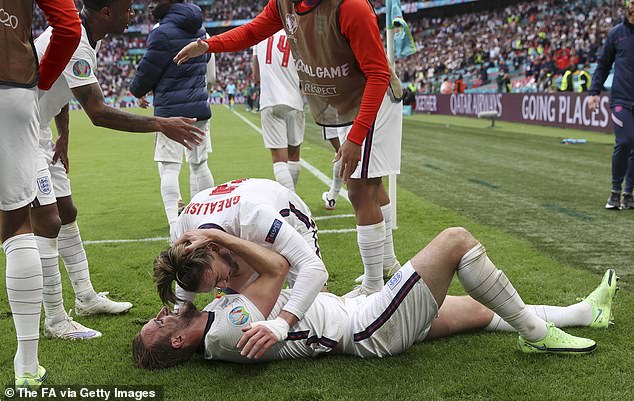 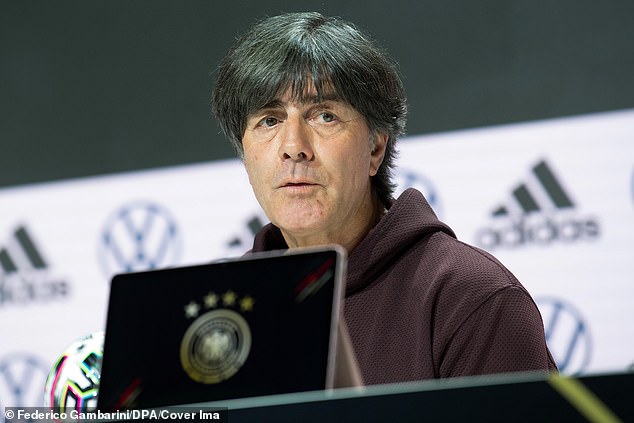 Low will be replaced by his former assistant Hansi Flick, and has come under fire in recent days

‘That was a problem we had throughout the tournament.’

Fredi Bobic, meanwhile, believes that the elimination was ‘absolutely deserved’. The 49-year-old was part of the squad that won Euro 96, and he pointed out, just like Podolski, that Germany looked toothless.

‘We had no courage going forward,’ Bobic added. ‘Even after going a goal down, we offered nothing, except for one chance. It was very passive, and it is a shame we missed this opportunity.’

The setback marks the start of a clean slate for the national side, however, with Hansi Flick replacing Low in the near future after his 15-year stint in charge.