Germany’s new boy band? Serge Gnabry, Joshua Kimmich and Kevin Volland go in full relax mode ahead of crunch Euro 2020 group decider with Hungary by playing rendition of 4 Non Blondes’ classic ‘What’s Up’ as they show off their guitar skills

With a crunch Euro 2020 group decider on the horizon, Germany‘s players have been relaxing by fine-tuning their music skills at their team hotel.

Germany take on Hungary at the Allianz Arena on Wednesday night, and they have plenty to play for – a win could potentially see them top their group if France fail to beat Portugal while a shock defeat for Joachim Low‘s side could send them packing.

But Germany’s squad don’t appear to be showing any signs of nerves with Serge Gnabry, Joshua Kimmich and Kevin Volland having been filmed performing a rendition of a classic song to their team-mates. 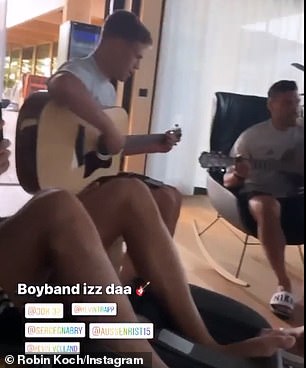 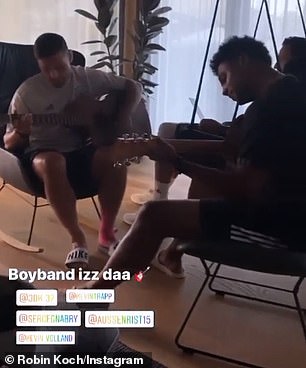 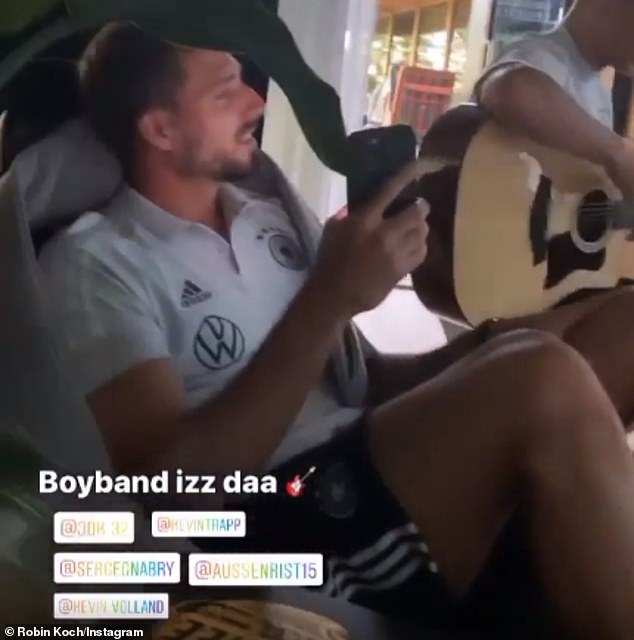 Leeds defender Robin Koch filmed his team-mates playing the guitar and singing a rendition of 4 Non Blondes’ classic hit ‘What’s Up’ prior to their showdown with Hungary.

Mats Hummels and Kevin Trapp can also be seen singing along in the background as their Germany team-mates show off their musical talents.

Attentions will now be turning back to their Euro duties ahead of an eagerly-anticipated night of action.

After a narrow defeat to France in their opener, Germany have put themselves in a strong position to qualify for the knockout stages following a 4-2 victory over Portugal. 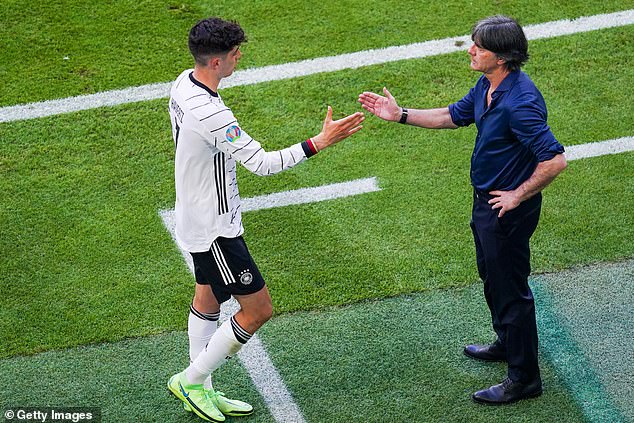 Kai Havertz, Robin Gosens got on the scoresheet for Germany, while Portugal duo Ruben Dias and Raphael Guerreiro both put through their own net.

The victory means Germany sit second in their group ahead of the crunch clash with Hungary.

Low’s side are one point behind group leaders France, while they sit on the same points as Portugal and two above Hungary.

If Germany were to finish second in Group F, they would face a last-16 showdown with England next Tuesday at Wembley. 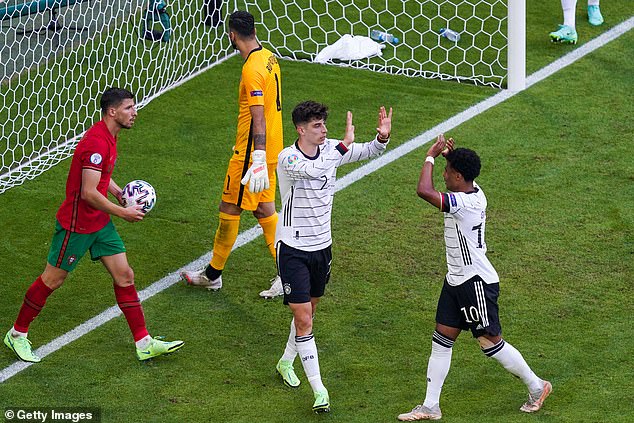 Meanwhile, ahead of Wednesday’s clash with Hungary, Thomas Muller warned his Germany team-mates that they cannot afford to become ‘arrogant’ after overcoming Portugal 4-2.

‘We had a lot of good aspects, but also a lot of things that we still have to improve. That can cost points in the end.’ Muller said.

‘Now we have three points, now we’re good at the tournament and we have it in our own hands.

‘Now we mustn’t overdo it or become arrogant – but we can believe in our quality. We can feel a little euphoria.’