Sancho and Bellingham enjoyed excellent campaigns with Borussia Dortmund in 2020-21, with the winger scoring 16 goals for the German outfit across all competitions, while the 17-year-old also managed four goals and as many assists.

Germany centre-back Mats Hummels and midfielder Emre Can are the duo’s club team-mates, and they also faced another 15 members of Joachim Low‘s squad over the course of the latest German league season. 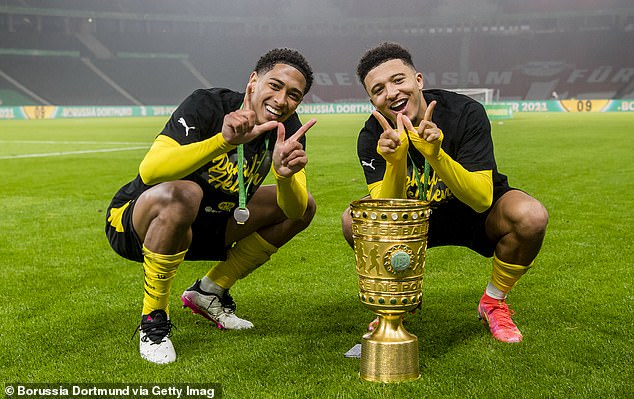 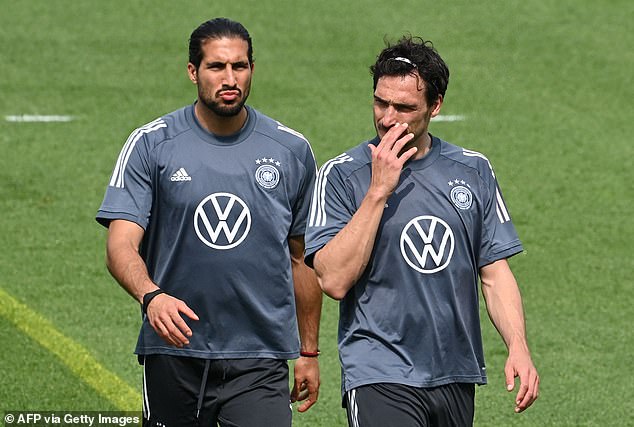 And while Henderson insists Gareth Southgate’s squad will therefore be familiar with their rivals in the knockout tie at Wembley, he still believes Sancho and Bellingham will be able to divulge some nuggets of information.

‘Of course they [Sancho and Bellingham] will do [know about the Germany players],’ Henderson told a press conference ahead of the clash.

‘A lot of us will know a lot of them anyway, they have top-class players all over the pitch. We will know them, I am sure of that.  We have watched the games and in the Euros as well. 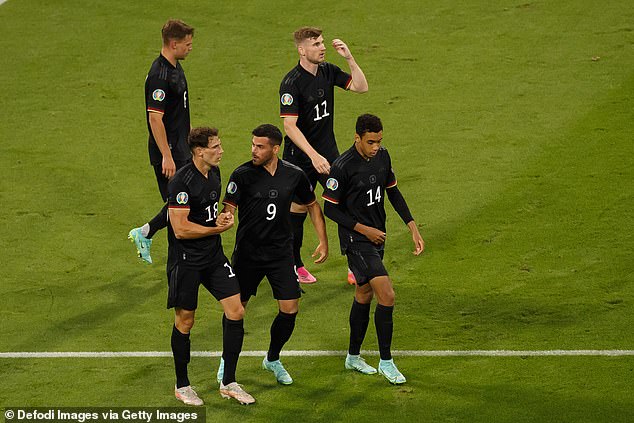 They also faced Leon Goretzka (front, left) and Joshua Kimmich (back, left) among others in the Bundesliga last term 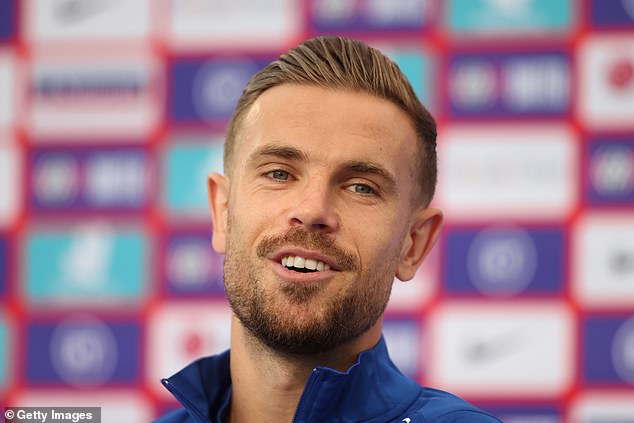 And Henderson insists that while England will be aware of their threat, he expects Sancho and Bellingham to reveal what makes them tick

‘But Jude and Jadon will know them very well. They are two big players for us, they have been training really well and I’m sure they will be telling a few of the lads one or two things.

‘We have a few days to prepare properly and see what we can exploit, what the game plan will be and take that into our training sessions. Preparation is key for this fixture.’

Sancho has only made one, brief substitute appearance for the Three Lions this summer, coming off the bench to replace Bukayo Saka for the final six minutes against Czech Republic.

Bellingham meanwhile has come off the bench twice at Euro 2020 to replace Harry Kane against Croatia and then Jack Grealish earlier this week. 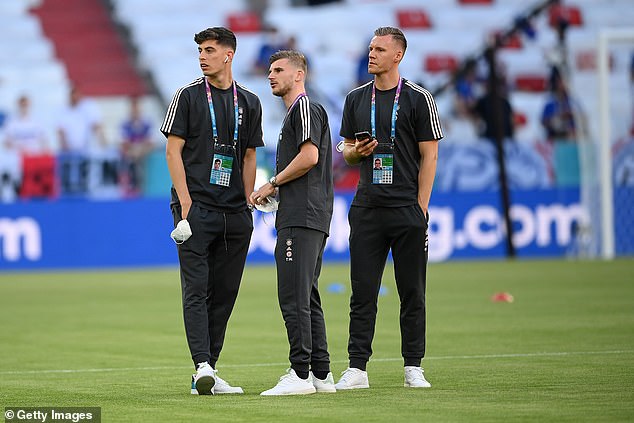 Henderson himself was another change made by Southgate against Czech Republic, playing the second half after replacing Declan Rice at half-time.

Germany were confirmed as England’s opponents in the second round of the tournament on Wednesday night after finishing runners-up in Group F.

A 2-2 draw with Hungary saw them finish behind current world champions France but ahead of Portugal in third.

Meanwhile, England’s 1-0 victory over the Czech Republic on Tuesday sealed their place at the top of Group D and therefore another meeting with Die Nationalmannschaft.