Patrick Vieira does not have any worries about France‘s recent striker row between Kylian Mbappe and Olivier Giroud which has overshadowed their Euro 2020 preparations.

France number nine Giroud came out in a press conference after their 3-0 win over Bulgaria last week and hinted that strike partner Mbappe was not passing to him, which sparked fury from the Paris Saint-Germain star.

Mbappe confirmed his fury in an interview this week but claimed the pair are solely focused on winning matches with France this summer, with Vieira claiming Les Bleus boss Didier Deschamps is capable of handling these squad problems. 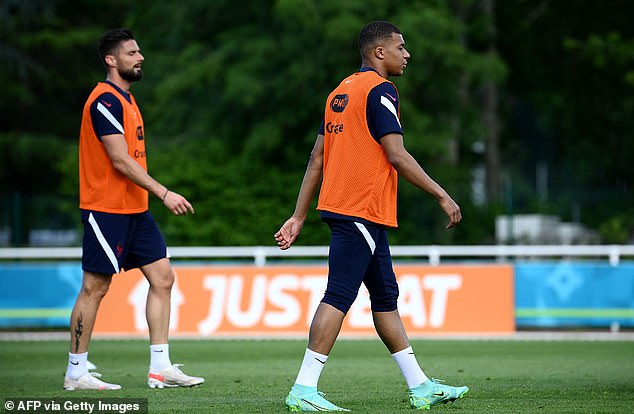 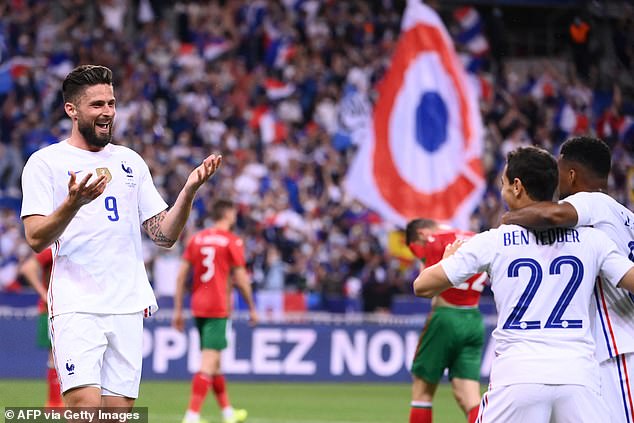 Vieira told ITV Sport before France’s tie with Germany: ‘With a different manager, we might have been a little bit worried (about it). But because it’s Didier Deschamps, he’s been a top player, he’s a leader.

‘All this noise around the national team, I think everything’s been done inside. I don’t have any worries about Giroud knowing (Karim) Benzema will be the No 9, and he will accept it because Benzema’s been one of the top players in the last 10 years, so this is an easy decision for Giroud to accept.

‘I was surprised by Mbappe’s press conference, he came out with words that were unnecessary.’ 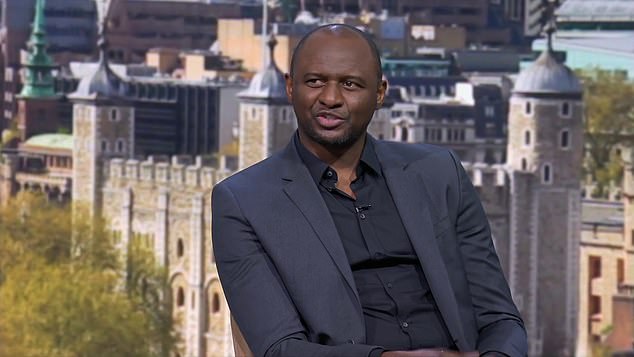 Giroud enraged Mbappe so much that French news outlet L’Equipe claimed the latter wanted to public in an angry press conference to voice his complaints.

The Chelsea striker told reporters: ‘Sometimes you make the runs and ball is not arriving. Perhaps we could have found each other better, there it is.’

Mbappe had his chance to say his side of the story in a press conference this week and confirmed that he was annoyed at Giroud for the comment. 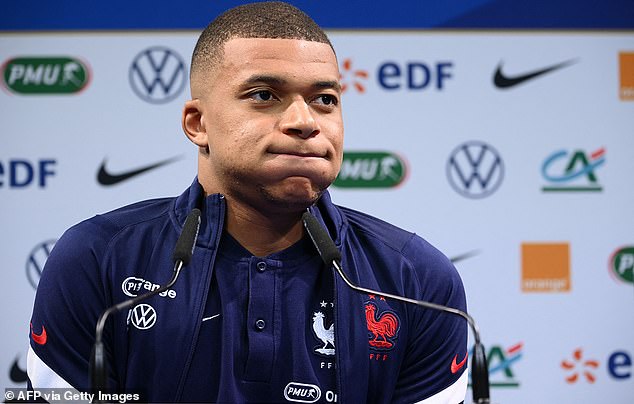 Mbappe told his side of the story this week, saying he was irked by Giroud’s public comments

‘I spoke with Olivier Giroud,’ he said. ‘Everyone knows what happened. It is true that I was a little affected by it. But we are not going to make a big deal about it because we are here to represent France, that is the most important thing.

Goalkeeper Lloris brushed off the disagreement and believes France have a healthy team spirit going into their tournament opener in Munich. 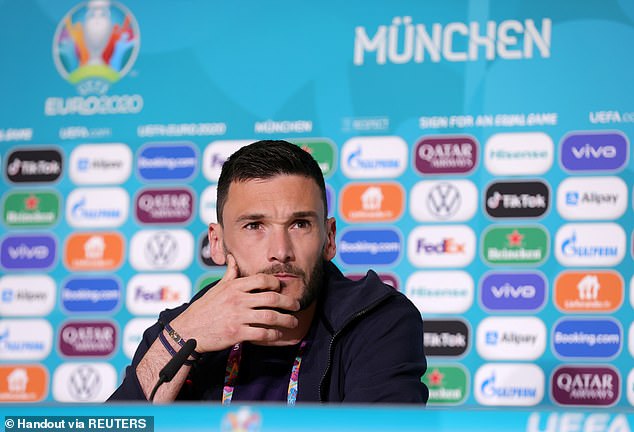 Captain Hugo Lloris also played down the spat, by saying they had a short discussion on it

‘Mbappe and Giroud they had maybe a short discussion but that’s normal – it’s nothing unusual,’ the 34-year-old said.

‘There are different opinions in the locker room, this can happen. It didn’t harm the team at all. We’ve a great team spirit. I think we dealt with it very well.

‘Kylian had to say something, but this is something he said in the past. We are focused now on our first match in this competition.’