Paul Pogba ‘is a complete midfielder’, hails Didier Deschamps as France boss reveals he has allowed his star ‘a free role’ within their system as they prepare for Euro 2020 last-16 clash against Switzerland

By Luke Augustus for MailOnline

Paul Pogba has been singled out for praise by France manager Didier Deschamps as the world champions gear up for their Euro 2020 last-16 clash against Switzerland on Monday night.

Pogba has started all three of Les Bleus’ matches – helping them top the ‘Group of Death’ above Germany, Portugal and Hungary to set up this knockout showdown against the Swiss in Bucharest.

Deschamps’ squad is studded with the likes of world-class stars Raphael Varane, N’Golo Kante and Kylian Mbappe, but it’s the performances of Pogba that have caught his eye. 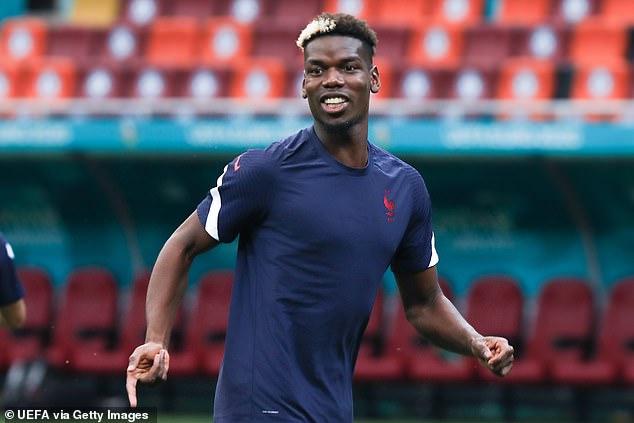 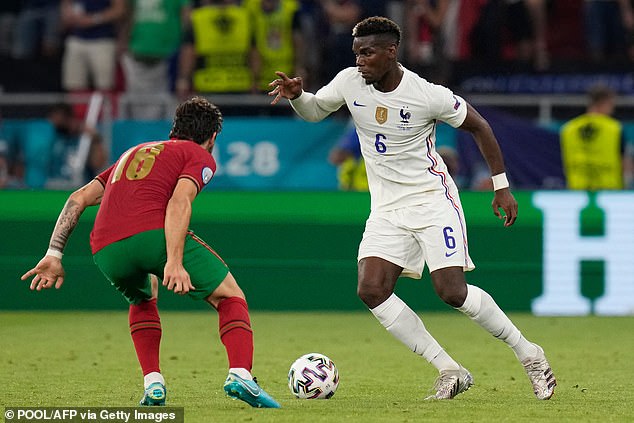 The 28-year-old played a glorious pass in the build-up to their 1-0 win over Germany on June 15, while he produced an assist in their 2-2 draw with Portugal on June 23.

And talking about his star midfielder, Deschamps was glowing in his assessment, saying the free role he has in midfield – alongside Kante – only adds to his game.

‘Paul is a complete midfielder. He has that quality of passing, it’s part of his game, said Deschamps.

‘You have to have the right movement. He has a fairly free role. He is not limited on the offensive aspect, his position can change, it depends on the placement and movement of other players.’

Deschamps will hope the Manchester United man can inspire them to glory at the National Arena in Bucharest, with a quarter-final against either Croatia or Spain on Friday at 5pm lying in wait. 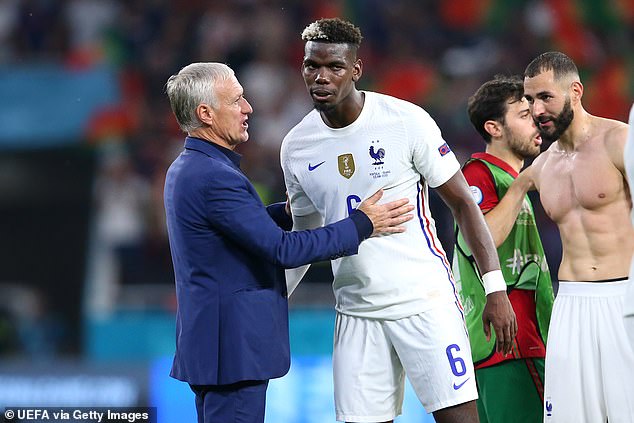 Deschamps (left) has started the 28-year-old in all of their matches and says he has a ‘free role’. He will hope for some more midfield magic from Pogba vs Switzerland on Monday