England playmaker Phil Foden is desperate to prove his worth against Germany having so far fallen short of his own expectations at the Euros.

While the season ended in Manchester City‘s disappointing Champions League final loss to Chelsea, this has been a campaign to cherish for the talented 21-year-old.

Foden added further Premier League and Carabao Cup triumphs to his already impressive medal haul, with his outstanding performances for Pep Guardiola‘s side seeing him named PFA Young Player of the Year.

But the City star does not believe he has shown enough of that form for England and is determined to put that right, starting with Tuesday’s eagerly anticipated last-16 tie against Germany.

‘To be honest, I expect a lot more from myself but I’m not going to be too harsh,’ Foden said.

‘I didn’t really get involved in the games as much I would have liked. Hopefully, I can get the opportunity to play again and show what I am about. I feel like I’ve still got so much more to show this tournament. 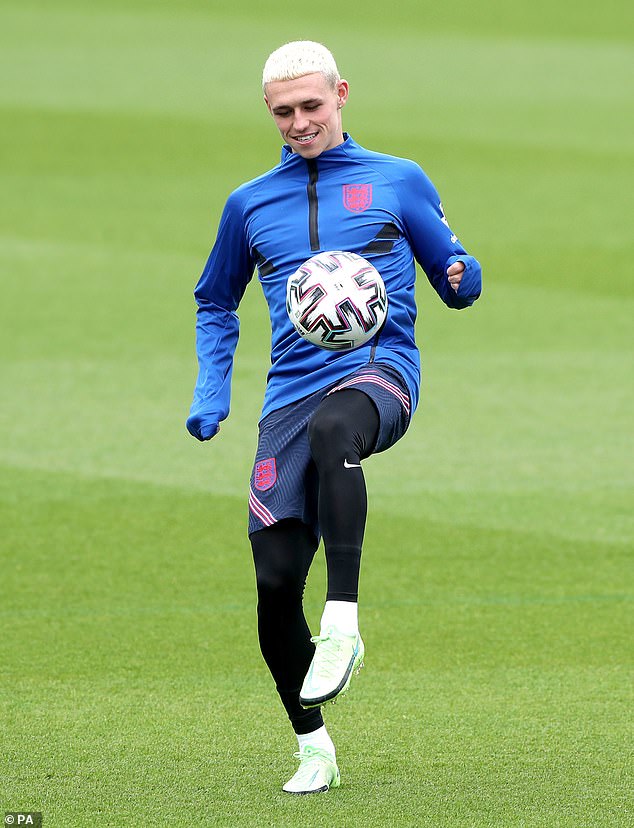 ‘Like I’ve done for my club, I’ve been scoring a lot of goals and I just want to continue that form into the national team.

‘And I believe that, hopefully in the next game, I can start getting involved in the goals.’

Foden hit the post early in the 1-0 win against Croatia in the Group D opener before being taken off in the second half, just as he was in the drab 0-0 draw with rivals Scotland.

The 21-year-old was left out of the 23-man squad for Tuesday’s win against the Czech Republic as he was on a yellow card, and watched a performance he felt was the Three Lions’ best to date at Euro 2020. 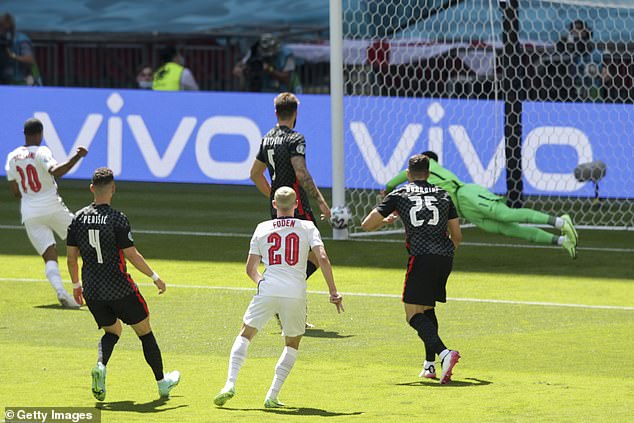 Asked if he was optimistic of there being more to come against Germany, Foden told UEFA: ‘Definitely. I’m hoping, come the Germany game, we can just express ourselves.

‘With the attackers we’ve got we can really hurt them, so hopefully we turn up. We’re as good as anyone on our day.

‘Obviously, I wasn’t born when all of this rivalry was going on (with Germany).

‘We’re a new team now and we want to create our own history. You can’t think too much about what’s happened in the past. We’re just going to focus on the game and create our own future.’