UEFA have told players at Euro 2020 that they will fined if they follow Cristiano Ronaldo‘s lead by moving sponsored products out of sight during a press conference.

Monday’s press conference saw Portugal captain Ronaldo remove two bottles of Coca-Cola from the table and encourage people to drink water by saying ‘agua’ as he lifted his drink in the air.

France midfielder Paul Pogba – who is a practising Muslim – followed Ronaldo’s lead by moving the beer bottle from the table directly in front of him as he undertook media obligations following France‘s opening victory over Germany on Tuesday night. 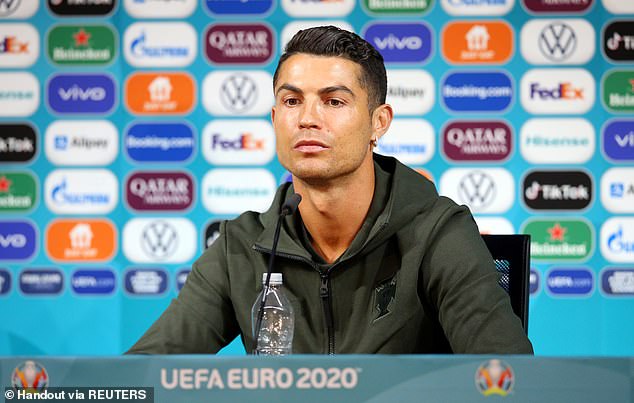 UEFA have responded to the player’s decision to snub the official tournament brands by reminding them they have contractual obligations towards Euro 2020 sponsors.

‘UEFA has reminded participating teams that partnerships are integral to the delivery of the tournament and to ensuring the development of football across Europe, including for youth and women,’ tournament organisers said on Thursday.

As an sponsor of Euro 2020, Coca Cola was on display as Cristiano Ronaldo entered the room 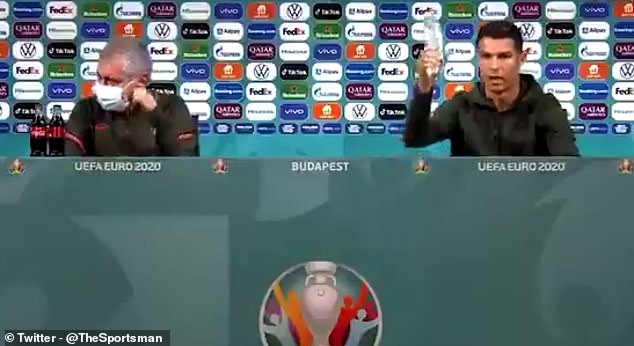 UEFA’s Euro 2020 tournament director Martin Kallen added that players were contractually obliged ‘through their federation of the tournament regulations to follow’.

However, he did say he understood the reason behind Pogba’s decision to move the Heineken bottle as alcohol is ‘haram’ or forbidden for Muslims.

Nevertheless, tournament director Martin Kallen said the players are contractually obliged to leave the bottles alone and warned that they could fines if they continue to move the products. 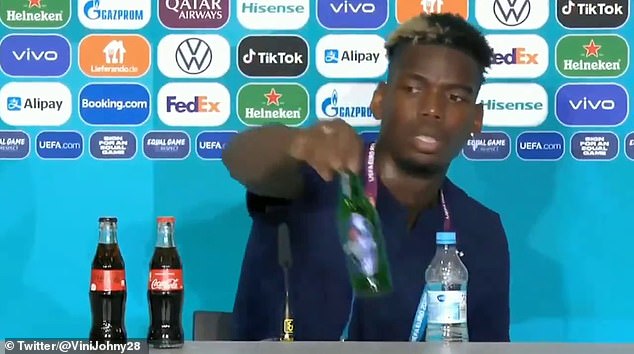 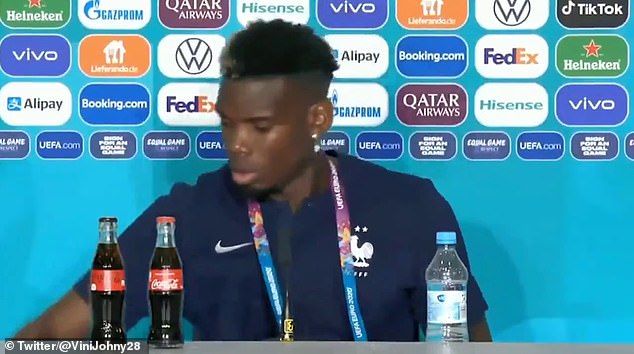 Speaking of the players obligations, Kallen said: ‘They are obliged through their federation of the tournament regulations to follow.

‘We are never fining players directly from the UEFA side, we will do this always through the participating national association and then they could look if they will go further to the player, but we are not going directly for the moment to the player.

‘We have the regulations signed by the participating federations.’

He went on to explain how disciplinary action may follow: ‘We have reminded them of their obligations and of course this is always a possibility.’