Roy Keane slammed France‘s first-half performance after they went in at the break 1-0 down to Switzerland following a shocking display.

Didier Deschamps men lined up with a back three but struggled to find any kind of fluency, and fell behind to Haris Seferovic’s header after 15 minutes.

The French improved markedly in the second half and got themselves into a 3-1 lead, but were pegged by late on and taken into extra time after a sensational comeback from the Swiss. 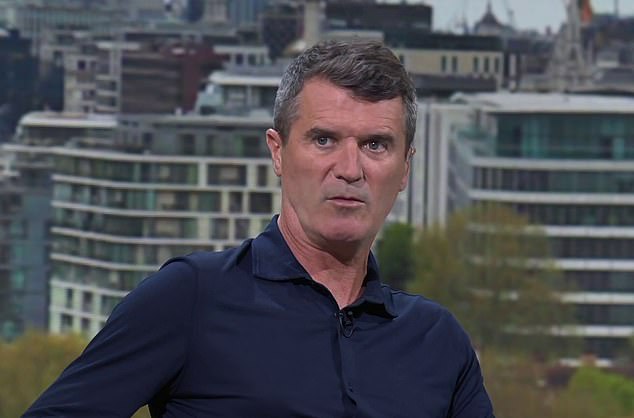 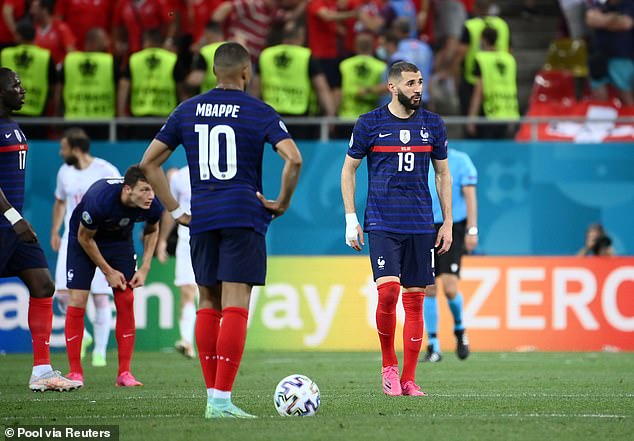 While they improved after the break, the French put in a largely shambolic first 45 minutes

Speaking at half-time, Keane laid into the attitude of the French players and what he saw as a complacent approach.

‘They’ve had a few days preparation and of course they’ve got one or two injury problems, but they’re the world champions,’ Keane said. ‘It’s as if their whole team has been dictated by Switzerland.

‘The one thing you need in football is enthusiasm. They don’t look as if they’ve got an appetite for the game.

‘For all the quality they have, if you don’t tackle people – we saw Deschamps saying ‘stop the cross’, the two lads in middle are all over the place.

‘They’re just hanging their hat on the quality, and that will be enough. It’s a great lesson – just depending on your quality is not enough at this level. 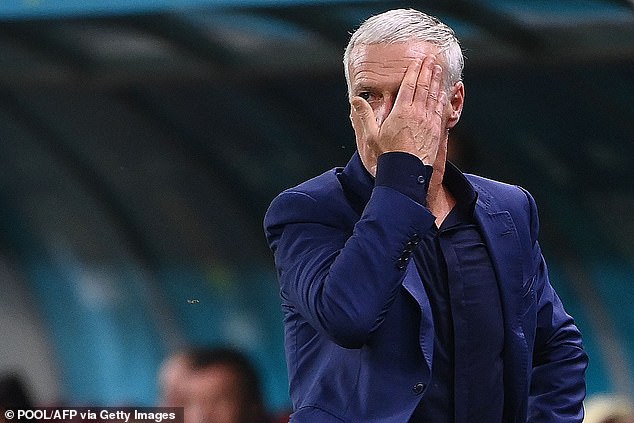 ‘I could play for Switzerland tonight. If you gave me time on the ball, I would still be playing.

While Roy Keane put France’s problems down to the application of the side, Gary Neville felt Deschamps’ decision to switch decisions had left the French looking lost on the pitch.

‘We talked about the attitude in the French team, but they haven’t got a clue what they are doing,’ Neville said.

‘Not one part of the team – from the front, the midfield, to the back have a clue what they’re doing at all.

‘It’s demonstrated by the (first) goal – the goal was an absolute embarrassment.’ 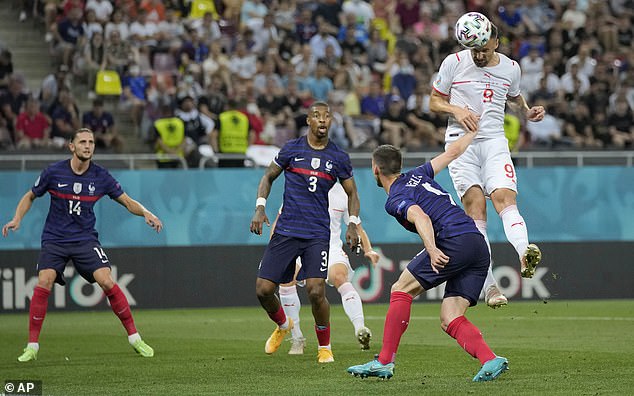