One of Teddy Sheringham’s treasured memories from Euro 96 was the gentle afternoon card school at the England team hotel. ‘The fourball was Tony Adams, Stuart Pearce, Gareth Southgate and myself,’ he says. ‘We’d play Hearts, which is quite a clever game as you can imagine with the people in our group!

‘There might have been a teacake in it but definitely no cash on the table. It wasn’t a foursome to be earning any money out of.’

Adams and Pearce were famed leaders of the dressing-room alongside other alpha males such as Paul Ince and Alan Shearer. Yet it is Southgate who has emerged from that Terry Venables generation to become England manager. On Tuesday night he will lead his country against Germany at Wembley, 25 years after his penalty miss ended our hopes in the semi-final shoot-out. 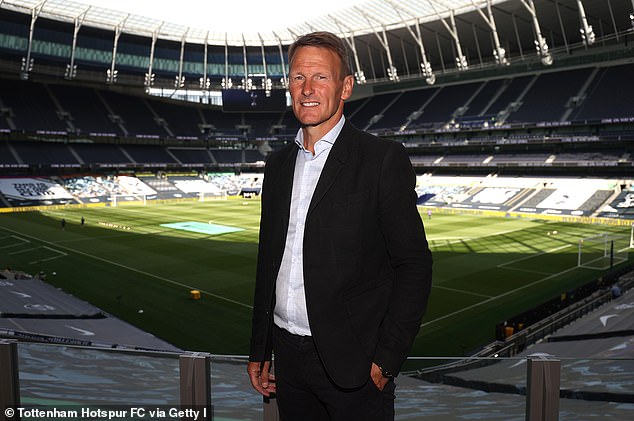 Sheringham is surprised more of his England team did not have longer careers in the dug-out but always thought Southgate would be successful despite his quieter manner. ‘I was quite close with Gareth,’ he says. ‘Our mums and dads went all around the world together to watch us in tournaments. You team up with certain people and our parents saw a lot of each other.

‘I’d often have a cup of tea with Gareth between games at World Cups or Euros. He wasn’t your ordinary footballer; a bit more rounded in life; a bit more educated. You knew he was studying the game as he went.

‘I don’t know why all those leaders we had on the pitch in 1996 haven’t led so well in management. Maybe the right opportunities didn’t come at the right time but Gareth hasn’t surprised me. Everyone is different in life and he was comfortable in his own skin. He wasn’t like the average player from that time, he didn’t want to go out and get drunk like a lot of us did. But that’s the way he was and he was respected.

‘Stepping up to take a penalty in that shoot-out against Germany was the most nerve-racking moment of my career. Gareth was the one who missed and I don’t think you can console anyone in that situation at that moment.

Everybody tried but I would think it doesn’t matter what anybody says for the next couple of hours. It is only when you go back to the hotel that you can have that conversation and start to try to make the situation a bit lighter.’ 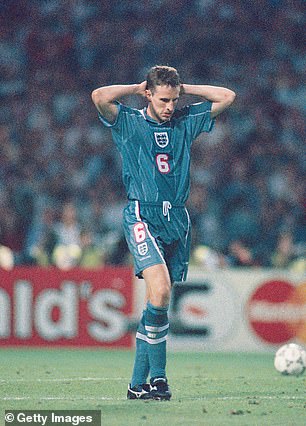 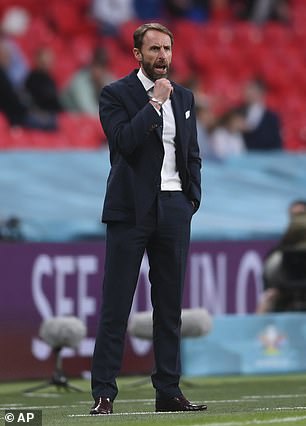 His former team-mate suffered the agony of missing the decisive penalty in the shootout loss to Germany at Wembley, Euro 96

It is to Southgate’s credit that his miss, front-page news at the time, did not define the rest of his career. Just 25 at the time, he went on to win 57 England caps, captained Middlesbrough to their first major trophy and a European final and in 2018 became only the third manager, after Sir Alf Ramsey and Sir Bobby Robson, to take the Three Lions into a World Cup semi-final.

Sheringham is very impressed with the way he has handled these Euros so far, with the added weight of expectation of having the semi-final and final at Wembley.

‘I heard people raving about England when we beat Croatia and slagging us when we didn’t beat Scotland. But I analyse in my own way,’ he says.

‘We lost against Croatia in the World Cup semi because they over-ran us in midfield. Gareth analysed that and stopped it happening again. We got our noses in front again like we did in Russia but, testament to what Gareth and his staff learned, we knew how to get over the line this time.

‘Beating us was Scotland’s big chance to get back in the tournament by over-running us with their passion. But they were happy with a draw and we were happy too because it got us into the knockout stages without having to worry about the final game. If Scotland had pushed on, there would have been gaps at the back for us to exploit. 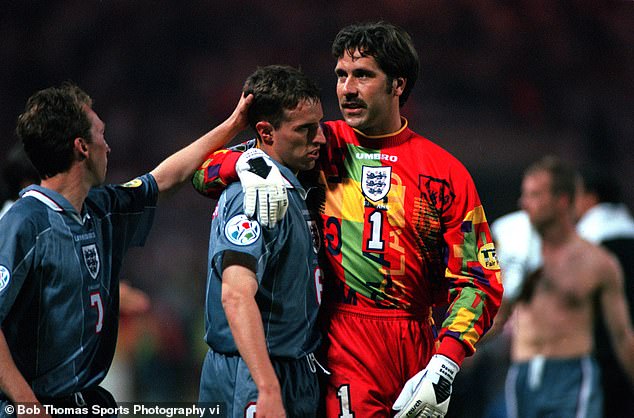 ‘Against the Czechs in the last match, we wanted to win but didn’t have to. We took the game to them, got in front and they weren’t good enough to break us down in the second half. We were solid at the back and comfortable with what was thrown at us. Now we are going into a situation where every team has to win to get to the next stage. The game is going to open up, especially with the Germans.

‘They will be respectful of the game being at Wembley but they will expect to win anyway so will come out to play and that will leave spaces in behind. That is how we have been at our best during Gareth’s tenure. I’m very optimistic our team can get better from the public’s point of view but, from a professional eye, it’s already been very good.’

Sheringham had a fantastic playing career, working for big clubs such as Tottenham and Manchester United, for great managers like Brian Clough and Sir Alex Ferguson and winning the historic Treble with Manchester United in 1999.

An international trophy would have topped it off and England went agonisingly close in 1996 to the soundtrack of Three Lions. Yet alongside the regret is a bank of good memories. 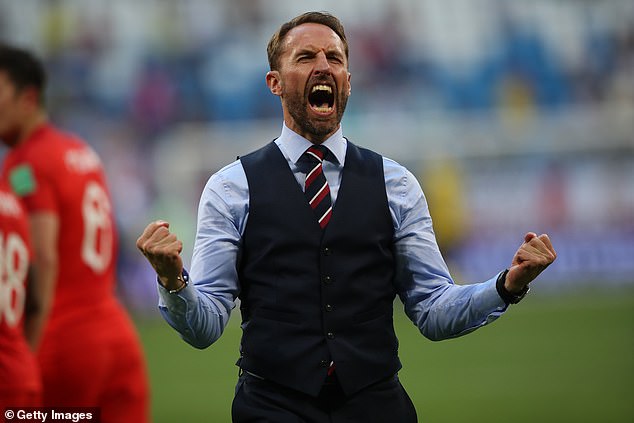 ‘Yeah, we would like to have scored Gazza’s tap-in or Shaggy [Darren Anderton] hitting the post to get us into the final. But only one team lifts the trophy, it leaves a lot of disappointed people,’ he says.

‘When I look back at that summer, it was a fantastic time because the whole nation took off. To have a major role in that is just great. People talk to me about Euro 96 being their favourite time. At the same time, the 1966 World Cup team are heroes for the rest of their lives and we were “only” close.

‘My favourite memory was definitely the night we beat Holland 4-1. There was dew on the pitch, the ball was zipping about and we played some great stuff.

‘Funnily enough I watched the full game back for the first time during lockdown and I hadn’t realised how many chances Dennis Bergkamp had; three or four good ones to equalise or get back in the game. It could have been closer than I realised because I’d thought it was all us because we’d played so well. 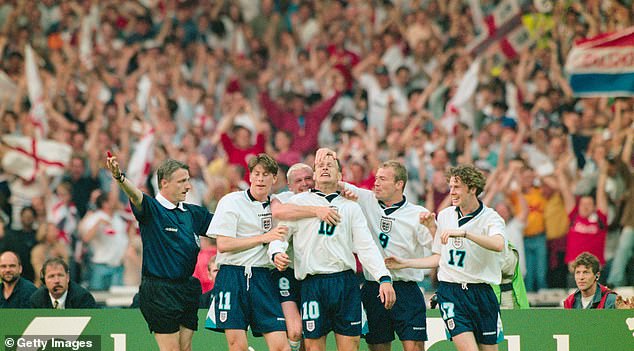 England went close to a trophy in 1996, but alongside the regret is a bank of good memories

‘It shows the importance of taking your chances at this level. You have to be 100 per cent focused for 90 minutes, 120 minutes, penalties or whatever. One loss of concentration can be the downfall.’

Sheringham was watching a friend’s son play a junior cup final in Aveley, Essex on Wednesday night when the Group of Death was being sorted out at the Euros.

‘There was all sorts of chat and commotion on the touchline, we were being told England would be playing Portugal, then France, then Hungary, then Germany again,’ he says with a smile. ‘Every England fan suspects they will end up playing Germany at some stage in a tournament.

‘You can’t write them off even if they were six minutes from going out. Germany will come with the attitude of beating England, that won’t change whatever we think of Mats Hummels being slow or Toni Kroos not dominating games like he used to. 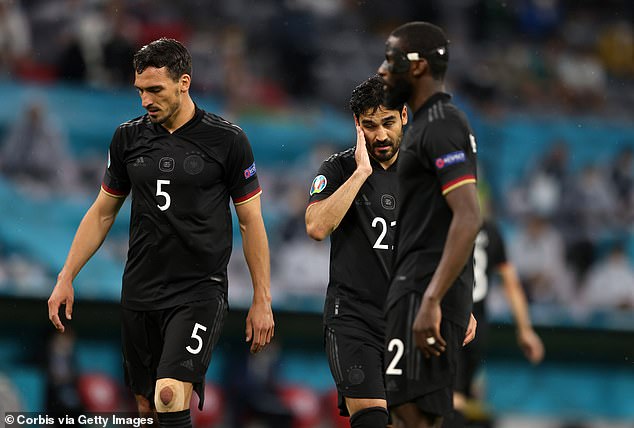 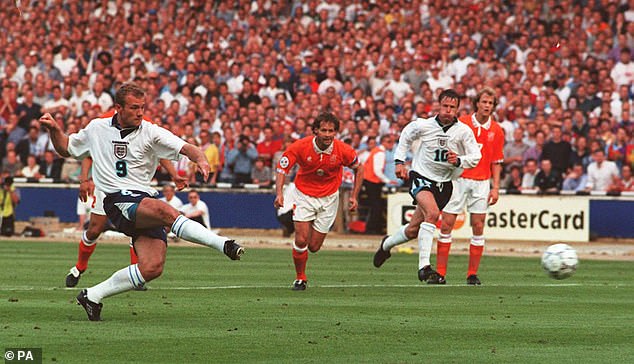 Tactically, Sheringham was a perfect foil for Alan Shearer, a more traditional No9

‘This England team is very different to what we were in Euro 96. We were very experienced and had captain material everywhere, at least seven or eight of the team.It’s the opposite now, England have three or four captains and seven or eight who are not. But they are young and enthusiastic and at the start of their careers. They don’t know as many lows so their optimism is sky high.

‘They are excited, going into it without having defeats over the years that harm you and make you worry. That youthful exuberance might take them further than it took us, who knows?’

Tactically, Sheringham was a perfect foil for Alan Shearer, a more traditional No9. A strike partner is something Harry Kane has lacked, instead relying on service from wide positions or having midfield runners support him. 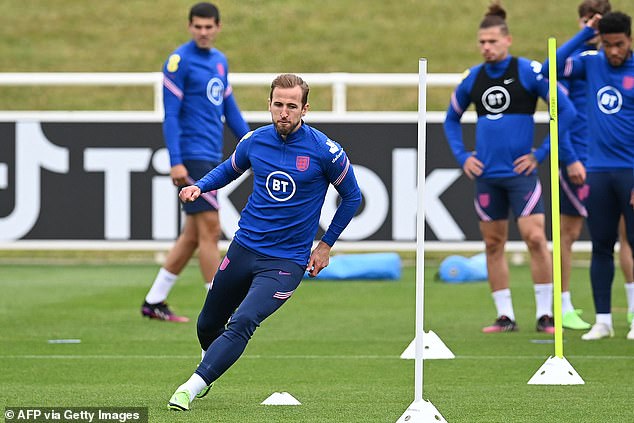 A strike partner is something Harry Kane has lacked, instead relying on service from wide

‘Formations have changed,’ says Sheringham. ‘I was a striker dropping into the hole whereas now they prefer a midfield player coming up to link. It sets up the team more defensively; a bit more structured and organised.

‘I’m disappointed we haven’t got the option of a genuine forward who can be Kane’s No10. I wanted Danny Ings in the squad because he can also score goals to take the pressure off Kane.

‘I like Jack Grealish, I like Phil Foden, I like Raheem Sterling but they aren’t natural scorers, despite Sterling getting a couple in the group games. That puts a lot of pressure on Harry. Again, Mason Mount is a midfield player who can get goals but he’s not a second striker. I knew my job was to take some pressure off Shearer, or Jurgen Klinsmann at Spurs. It’s a different emphasis to being a midfield player joining in and getting the odd goal.’ 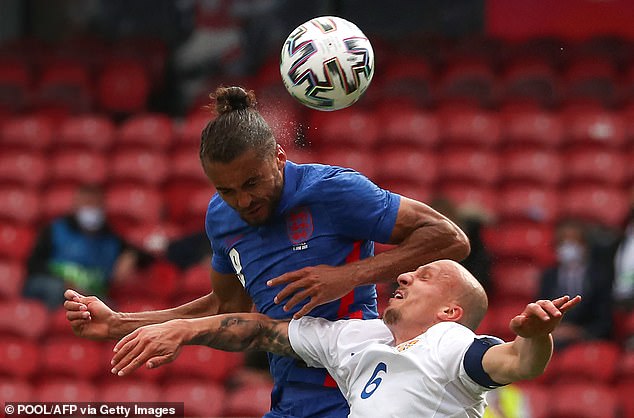 Sheringham dismissed suggestions Kane could be a No. 10 with Dominic Calvert-Lewin ahead

Wayne Rooney has been among those suggesting Kane could be a No10, with Dominic Calvert-Lewin ahead of him. Sheringham does not agree, however. ‘I don’t like Harry starting in that position, you lose some of what he brings you in the penalty area,’ he says.

Sheringham is still in touch with Anderton, his best pal from the Euro 96 squad and a former Spurs team-mate as well. The role of Anderton and Steve McManaman, two attacking players at wing-back, was essential to England’s success, he feels.

‘That was part of our make-up, the solid base of Ince and Gazza but also flair on the wings. I felt we had a bit of everything. When you looked around the dressing-room, it was full of players you were glad were on your team. It’s what you want when you go into battle.’

Southgate is doing it in a different way but Sheringham thinks he will find a winning formula against Germany. He says: ‘I’m going for a 2-0 England win in 90 minutes. No extra-time, no going to penalties. Straight for the jugular.’