Thomas Muller claims he does not know why Harry Kane has struggled in front of goal for England at Euro 2020, but insists his Germany side won’t mind if the Tottenham striker’s goal drought continues.

Gareth Southgate‘s Three Lions take on Joachim Low‘s side in their last-16 clash at the tournament, with the former having finished top of Group D and the latter coming runners-up in Group F.

But despite topping their group, England’s concerns over Kane have grown with the 27-year-old yet to find the net at the tournament, with the Three Lions captain only registering his first shot on target against Czech Republic in the week. 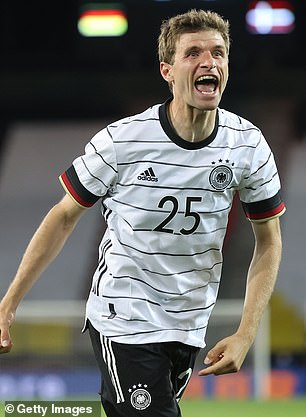 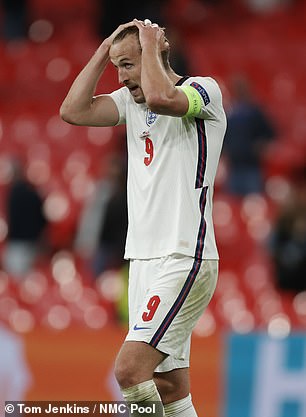 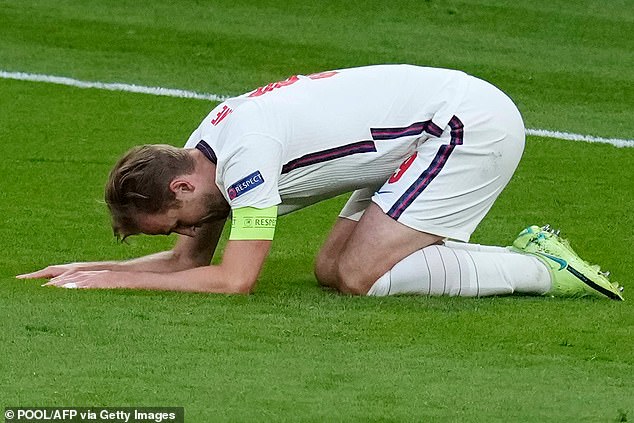 The England captain, 27,  has yet to score at the Euros despite his side topping Group D

Muller, 31, himself has yet to score a goal at a Euros, having failed to net in five games at Euro 2012, in six matches four years later in France, and now this summer despite starting two of Germany’s three group games in the current tournament.

But the Bayern Munich star insists he does not know why Kane has struggled for the Three Lions after scoring 33 goals across all competitions for Spurs in 2020-21, but is hoping his goal drought continues for their clash at Wembley.

‘I don’t know why he hasn’t got into the final positions that he usually gets in,’ Muller told a pre-match press conference. 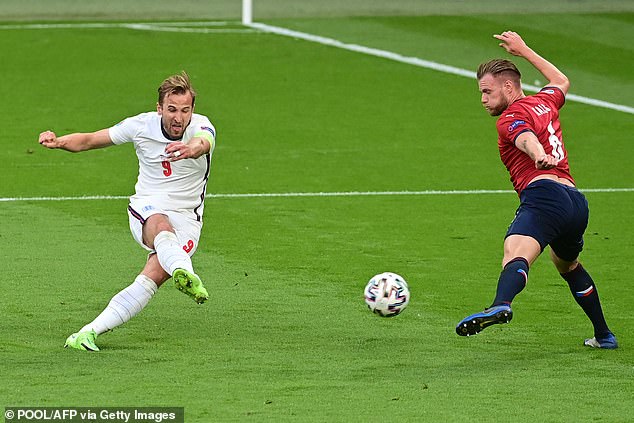 ‘We wouldn’t mind if it lasts until Wednesday and we don’t concede a goal.’

Muller has previously enjoyed success on English soil in club competitions and against the national side in previous major international tournaments.

And the Germany star netted twice in a 4-1 win against Fabio Capello’s England in a 4-1 win in Bloemfontein in the last-16 of the World Cup in 2010.

Muller admitted those previous experiences will count for little on Tuesday, but admitted it could give some of his team-mates a boost ahead of the game. 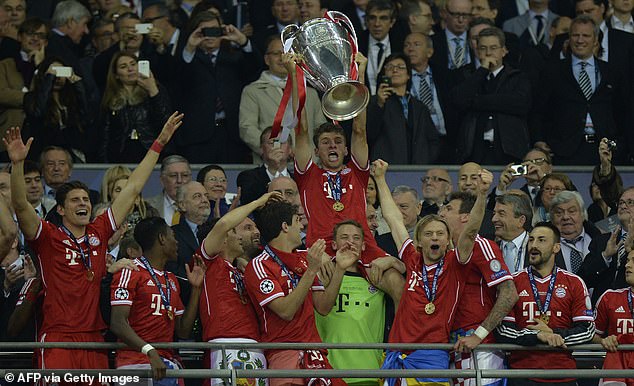 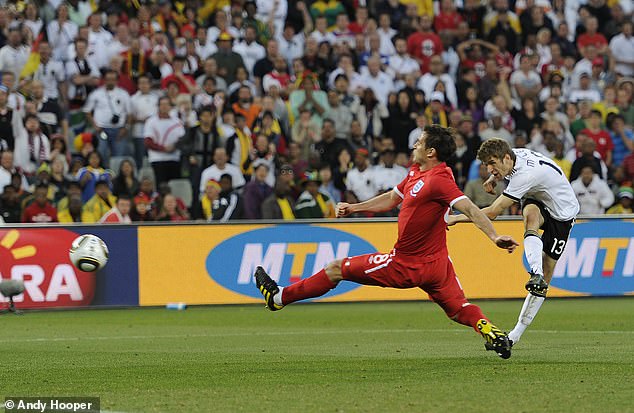 ‘Personally, I had a very good experience with Wembley when we won the Champions League in 2013,’ he added.

‘We won against England in 2010 too. That has nothing to do with Tuesday’s game, but it might make some of us feel good.’

Muller also confirmed he was fit to face England after suffering with a knee injury during the past week, which meant he could only come off the bench in their final group game against Hungary.

‘If I had problems I would not have trained today. The knee capsule injury is not hindering me.

‘I’m experienced enough to deal with it. I’m convinced that it will not be a problem for Tuesday.’ 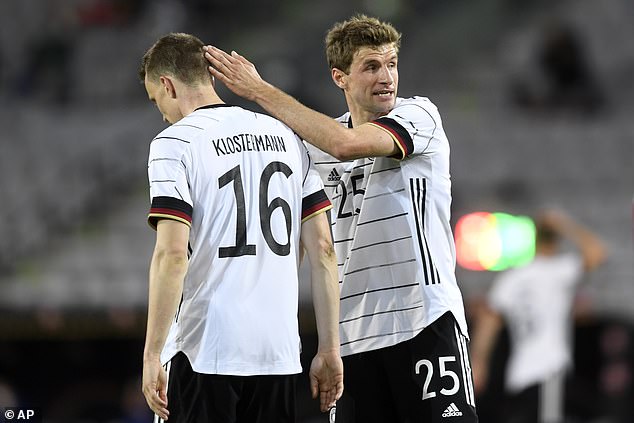