By David Kent for the Daily Mail

UEFA says they have been satisfied by the verdict of France’s medical staff that full back Benjamin Pavard did not suffer concussion or lose consciousness during their 1-0 defeat of Germany on Tuesday.

Pavard said after the game he had been ‘a little knocked out for 10 or 15 seconds’ following a second-half collision with Germany’s Robin Gosens.

World players’ union FIFPro demanded answers from UEFA over what it saw as France’s failure to follow the Concussion Charter. 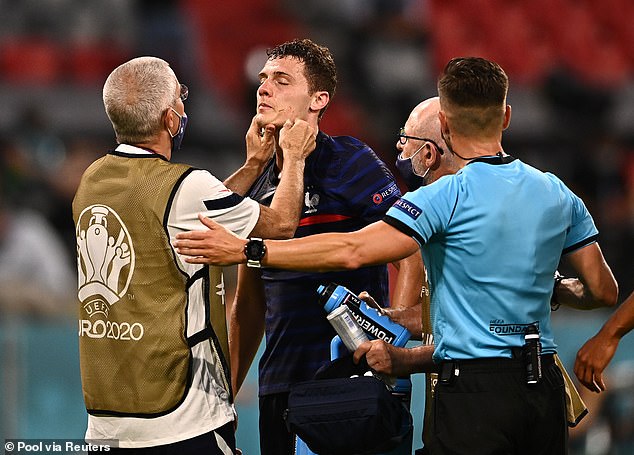 The country’s handling of the incident was described as ‘sickening to watch’ by Peter McCabe, the chief executive of brain injury charity Headway.

However, a UEFA statement on Thursday read: ‘UEFA is satisfied that the actions taken by the medical team were in line with the concussion protocol.

‘The team doctor did not find any reason to suspect a concussion.’ 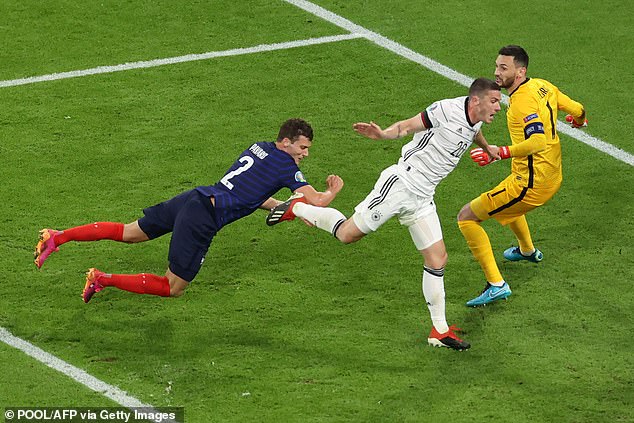