The Swiss team charged towards Yann Sommer from the halfway line at full speed, but their goalkeeper was less sure the penalty shoot-out had been won.

Sommer looked towards the referee after he made the decisive save from Kylian Mbappe‘s penalty, worried his feet may have come off the line.

But as his teammates finally arrived in the box, he was given the all-clear and led them in wild celebrations by the corner flag as their stunning win over France was confirmed. 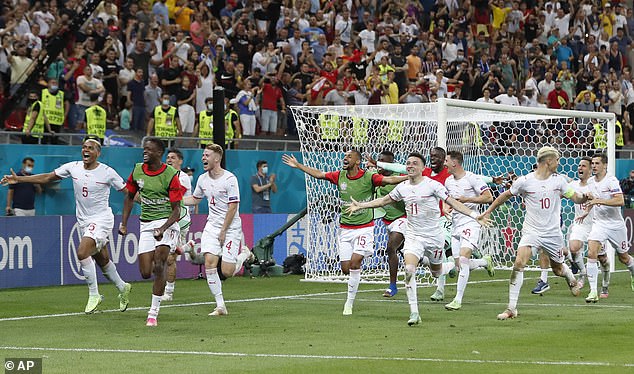 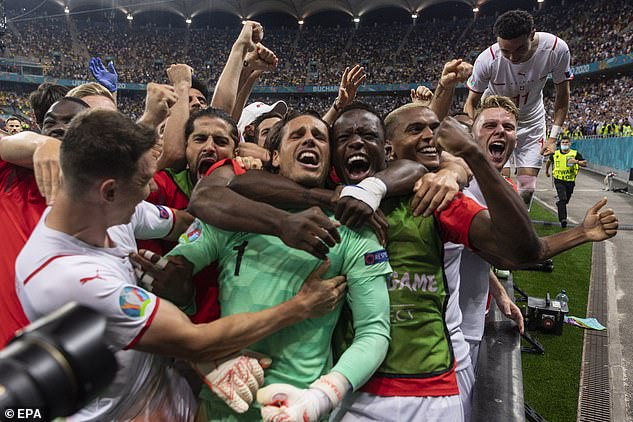 Having been 3-1 down to the world champions, Switzerland fought their way to extra-time after a remarkable comeback before keeping their cool to net all five of their spot-kicks.

Sommer was the hero on a night of memorable performances, and he hailed the character of the Swiss side.

‘What a game, what a night of football,’ Sommer said speaking to EURO2020.com.

‘The end is crazy, it is beautiful but how we came back during the game from two goals down, I am really proud of this team.

‘We always believed, we always said if we are down we will go to the end and not give up. It was our chance to go through. it is incredible how we played. 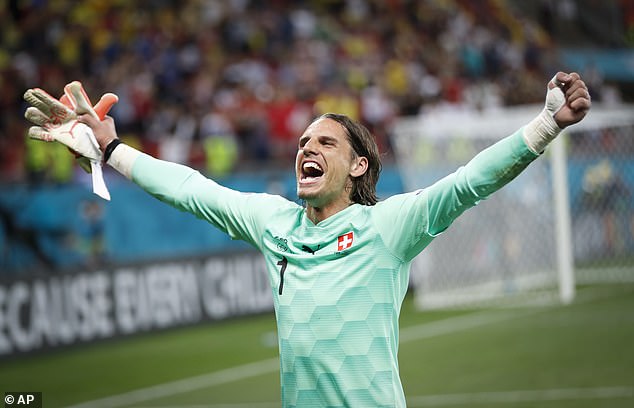 ‘Anything is possible but that is always in football. We believed it, we are a small country but we have a lot of quality and have experience in our squad. We showed it.’

It had looked like a spot-kick would be Switzerland’s downfall, Ricardo Rodriguez seeing his weak second-half penalty saved by Hugo Lloris as he missed the chance to double his country’s lead.

With France swiftly moving into a two-goal lead Switzerland’s race looked to have been run, but the drama at Euro 2020 continued.

Sommer admitted: ‘It was a really difficult situation for us after the penalty miss. I’m really proud of the team, how they came back.’ 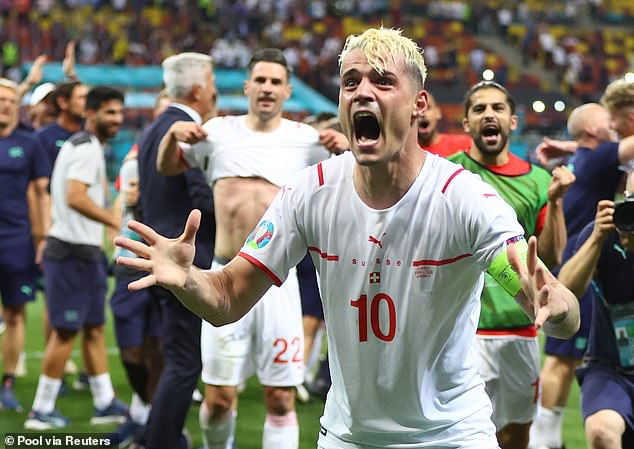 Didier Deschamp’s side will now face huge questions after a calamitous night, but for Switzerland a quarter-final clash on Friday against Spain, who themselves came out on top in remarkable fashion with a 5-3 win over Croatia.

‘We wrote the history of this footballing nation,’ Granit Xhaka told Sky Sport after a sensational performance from the midfielder.

‘Now we have Spain in the quarters, it will be difficult but we are dreaming now.

‘It’s amazing. We made history tonight, we are all very proud.’