Emilio Ballack, the teenage son of former Germany and Chelsea footballer Michael Ballack, has died after being crushed by a quad-bike near the family’s holiday home in Portugal.

The 18-year-old was involved in the accident around 2am Thursday at the family’s Villas do Mar estate, near the town of Troia which is just south of the capital, Lisbon.

Police said the teenager had been riding on an uneven piece of land when the bike rolled backwards and fell on top of him. Firefighters had to pull him free of the wreck before medics tried to revive him, but their efforts proved in vain and he was pronounced dead at the scene.

‘The accident happened at the family home. The quad rider wasn’t on a public road and his was the only vehicle involved,’ an officer told Portuguese media.

However, respected Portuguese daily Jornal de Noticias reported that Emilio was reversing out of the property on his quad when he had his fatal accident.

He is believed to have lost control of the vehicle during the manoeuvre out of the family villa and ended up on a public road with the quad on top of him after falling, the paper reported. His grandmother is said to have raised the alarm.

Sources said Emilio had enjoyed a family barbecue at the villa earlier in the evening. He was holidaying there with his father, two brothers and Michael’s own parents.

The teenager’s body has been taken to the Institute of Forensic Medicine in the city of Santiago de Cacem for a post-mortem. Ballack has yet to make any official comment. 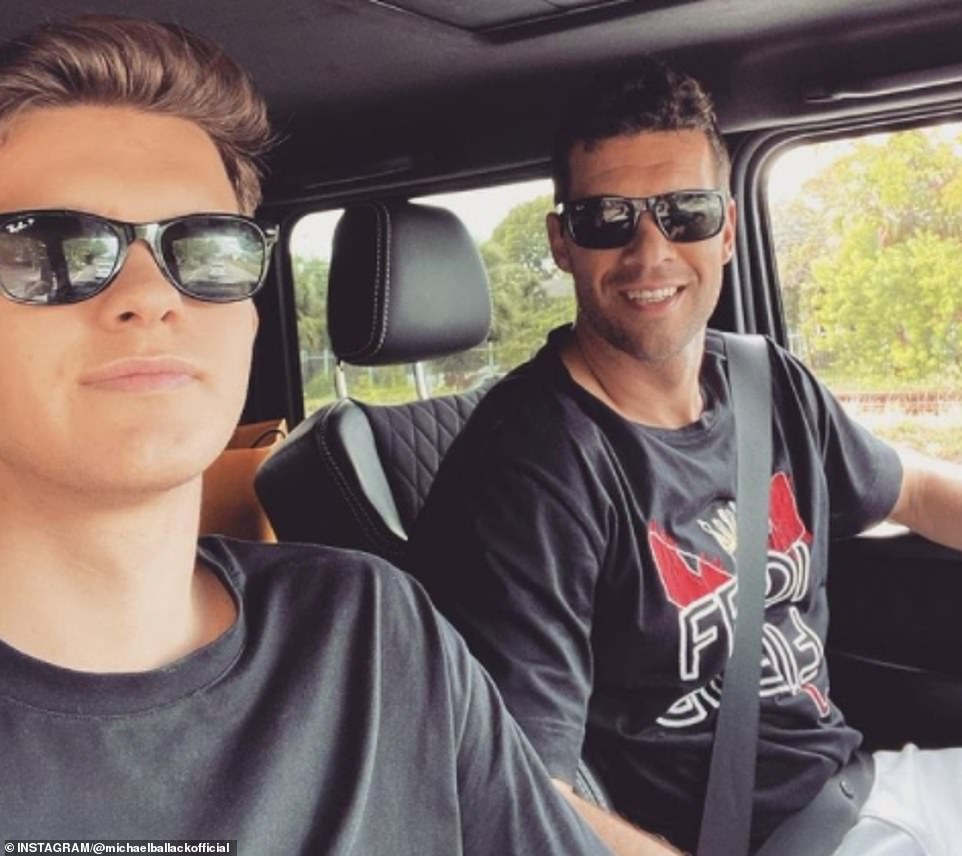 The 18-year-old was crushed by a quad-bike near the family’s holiday home in Portugal, according to reports 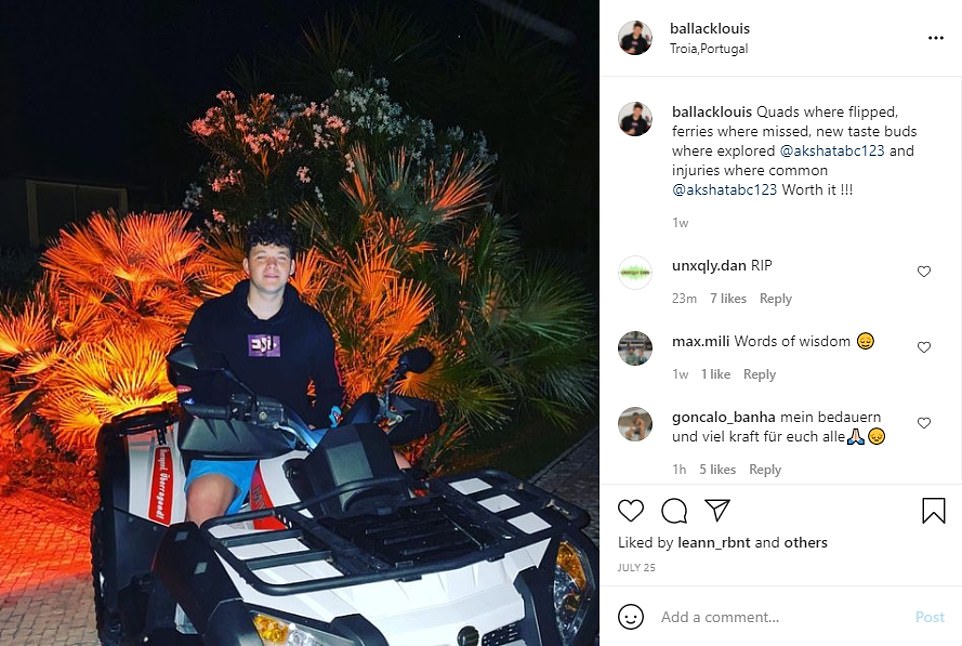 On July 25, Emilio’s older brother Louis took to Instagram to post about how ‘quads were flipped’ during downtime with friends in Troia, Portugal 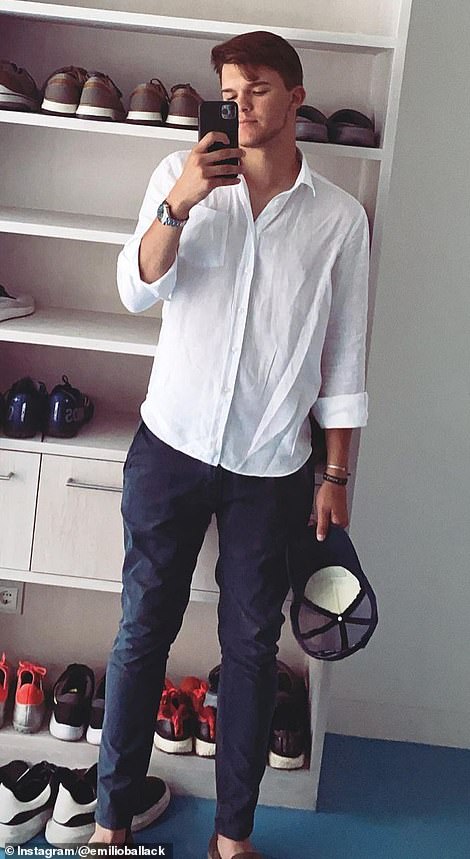 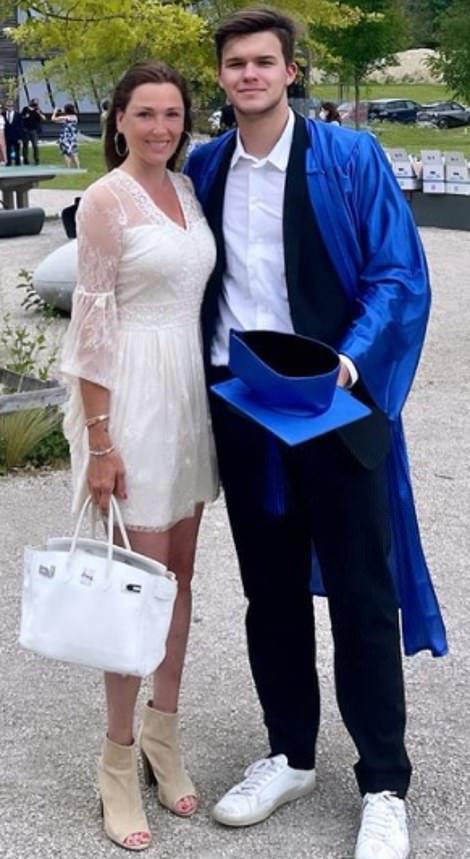 Emilio, 18,is pictured (left) in his last Instagram photo uploaded before the accident, and (right) in another shot showing him on his graduation day 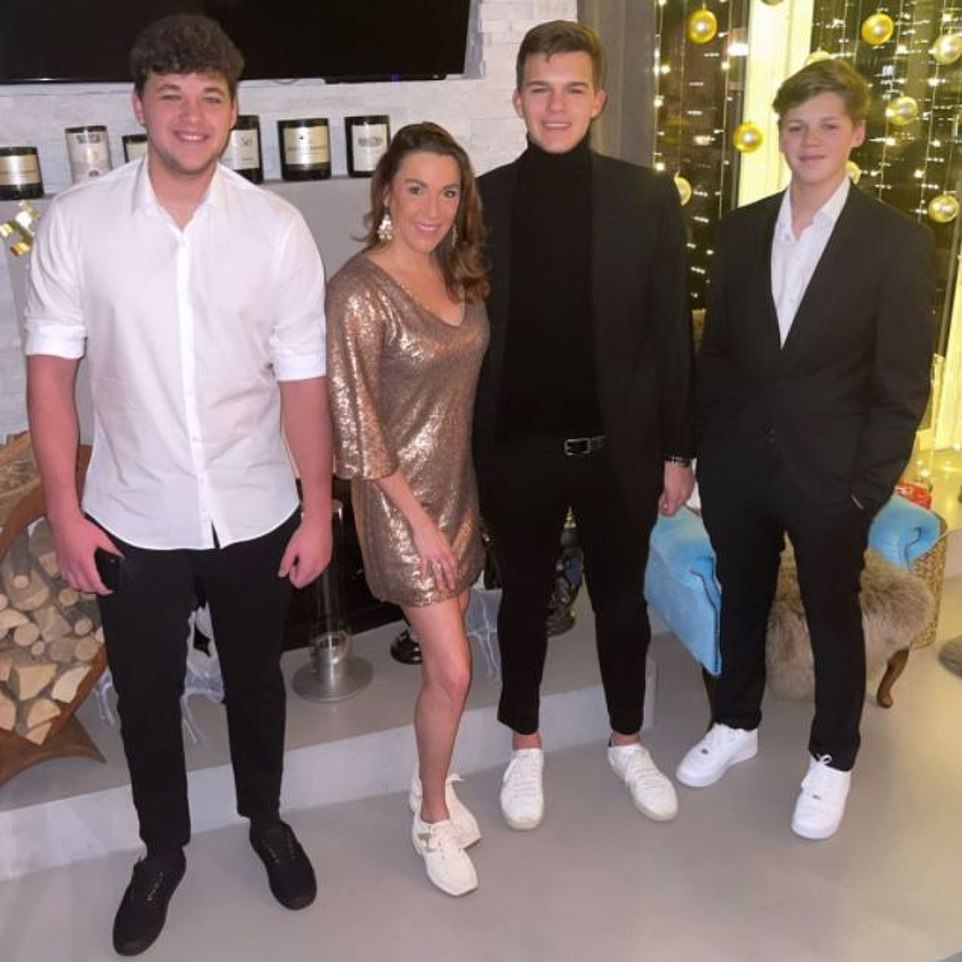 It was Emilio’s grandmother who raised the alarm shortly after 2am, according to Portuguese site CM. It is not clear how she learned of the wreck or who else was at the property at the time.

John Terry and Gary Lineker are among football’s leading names to have paid their tributes following the death of Michael Ballack’s teenage son Emilio.

‘Words can’t describe how heartbroken I am. RIP Emilio. Bally, sending you all our love and condolences’, former Chelsea teammate and club captain Terry wrote in an Instagram post.

The club tweeted: ‘Everybody associated with Chelsea Football Club is shocked and saddened to learn of the death of Emilio Ballack at the terribly young age of 18.

‘All our thoughts are with his father Michael and his family at this sad time.’

Gary Linekar said in a Twitter post: ‘How terribly, terribly sad. Thoughts are with Michael and his family.’

Emilio recently posted pictures to his Instagram page of the nearby village of Comporta, saying that he was on holiday in the country with his family.

His elder brother Louis had also uploaded photos from the trip to his Instagram, including one that showed him sitting on a quad bike.

Tagging friend Akshat Nagar in the post, he wrote: ‘Quads were flipped, ferries were missed, new taste buds were explored, injuries were common. Worth it!’

Emilio had spent time at Sublime Beach Club in Alentejo just a few days ago – a trendy hangout area near the scene of Thursday morning’s crash.

Ballack is widely regarded as one of the best German players of all time and is a Premier League and FA Cup winner with Chelsea.

Chelsea tweeted on Thursday afternoon: ‘Everybody associated with Chelsea Football Club is shocked and saddened to learn of the death of Emilio Ballack at the terribly young age of 18.

‘All our thoughts are with his father Michael and his family at this sad time.’

Ballack joined the Blues in 2006 after making his name at Bayer Leverkusen and Bayern Munich before spending four years at Stamford Bridge.

After joining Chelsea for £18million in 2006, Ballack went on to make 167 appearances for the club, scoring 25 goals and registering 24 assists. It was the longest he had spent at a club.

During his time in Germany, Ballack won the Bundesliga three times, along with the DFB-Pokal all in the same year.

He also played for the German national side, making 98 appearances and scoring 42 goals in the process. He played during World Cup tournaments in 2002, 2006, and played during qualifiers for the 2010 World Cup but never started a finals game due to injury.

He also played in the Euros in 2000, 2004, and 2008 – playing in the final of the latter tournament, which Germany lost to Spain. Despite a lengthy career for the national side, he never lifted a major international trophy.

Ballack retired from football in 2012, playing a farewell match the following year. Since then, he has worked as a studio analyst for ESPN during the 2012 and 2016 Euros and the 2014 World Cup.

He has also appeared as a pundit on punditry on the BBC, Sky Sports, and BT Sport. 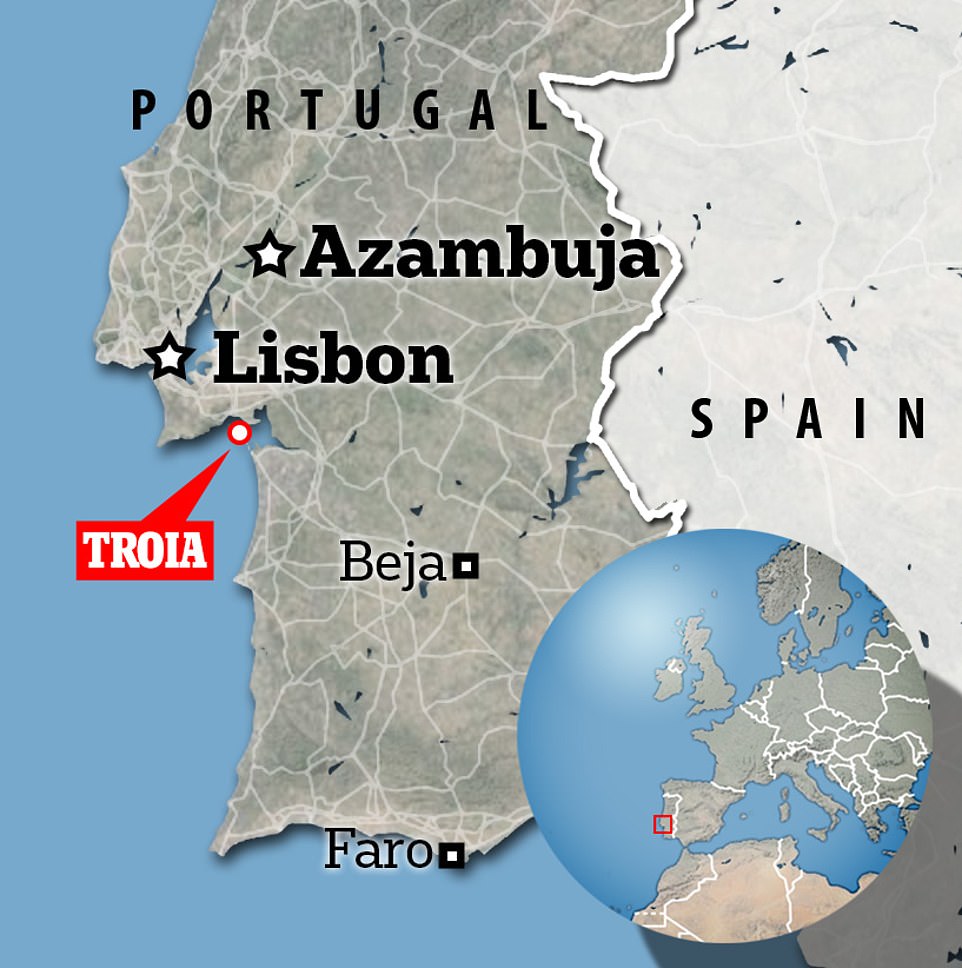 According to Portuguese media, the tragedy happened in Troia, a peninsular off the coast of Setubal just south of Lisbon 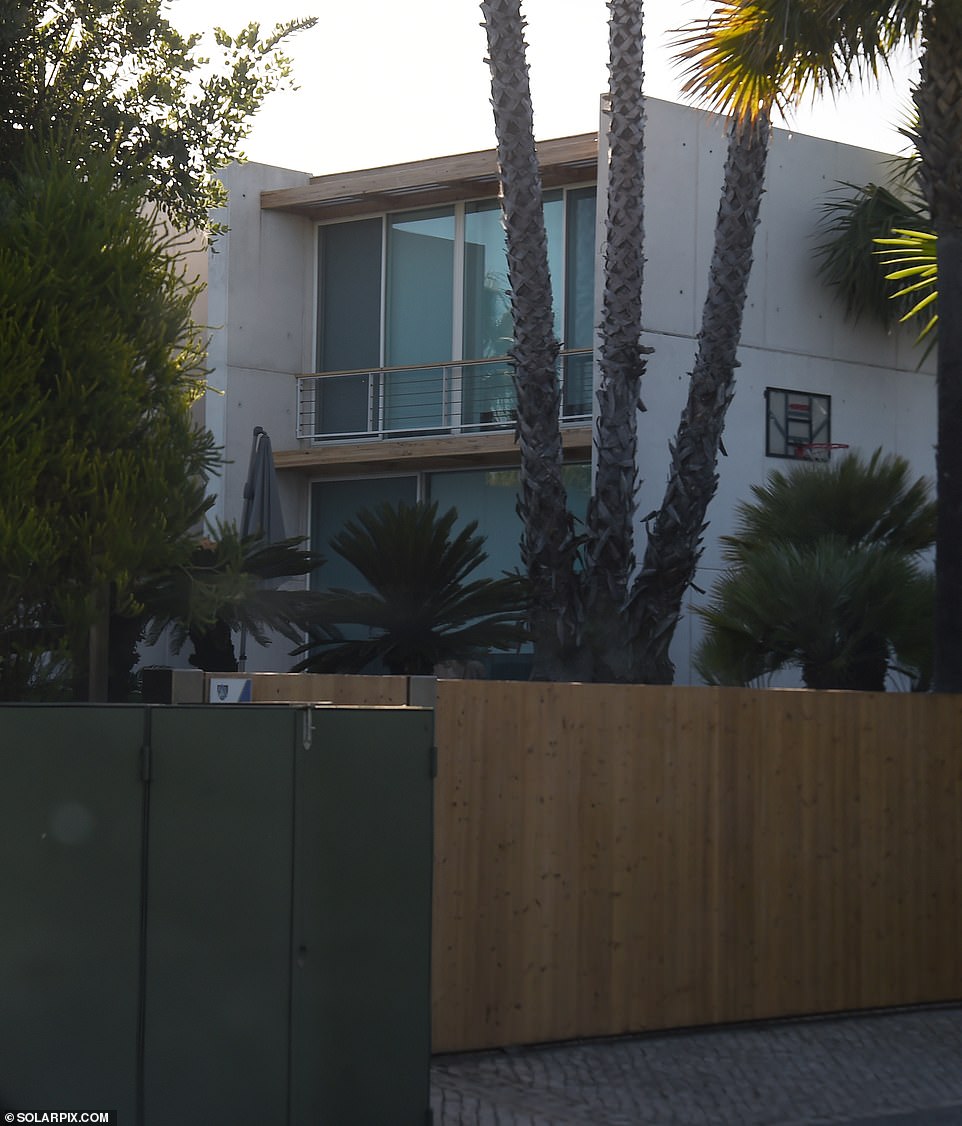 The 18-year-old was involved in the accident around 2am Thursday at the family’s Villas do Mar estate, near the town of Troia which is just south of the capital, Lisbon 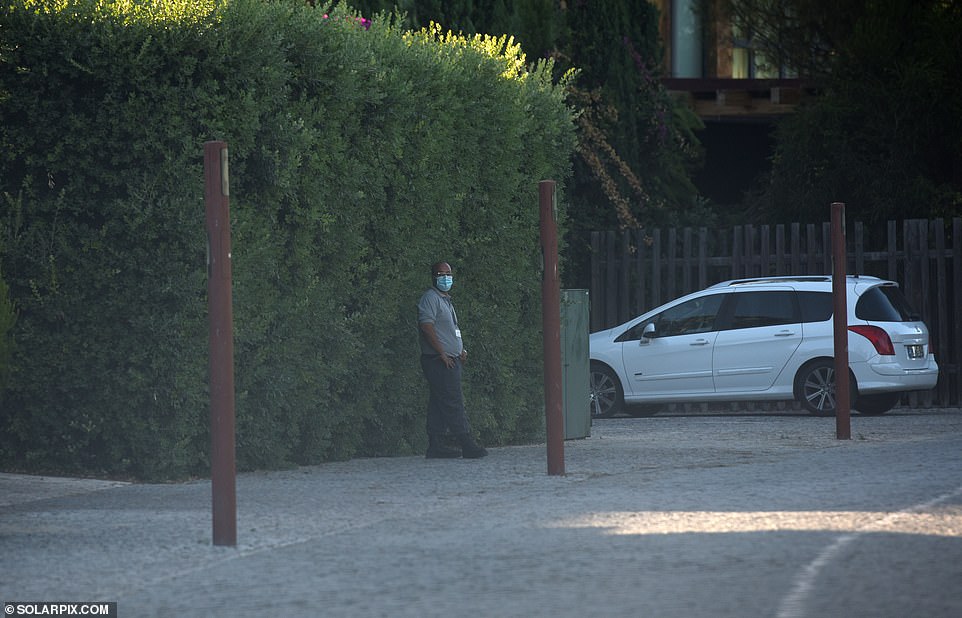 Ballack picked Portugal to rest and recover after having a tumour removed from near his spinal cord last year.

The former Chelsea and Germany midfielder had a growth discovered on his body during an MRI examination by doctor, according to Bild.

The early detection proved fortunate for the 44-year-old and the tumour was removed before lab examinations cleared Ballack of any fears the growth was cancerous.

Jorge Santos, spokesman for the GNR police force in the city of Setubal,confirmed: ‘An 18-year-old man has died following an accident at a private property in Troia.

‘We received an alert shortly after 2am this morning/yesterday morning (THURS).

‘I am not at liberty to go into details about the identify of the dead man.

‘I can confirm he was on the vehicle he had his accident in alone.’

He added: ‘The accident happened at a property on a residential estate called Vilas do Mar in Troia.

‘The incident is now under investigation and there is nothing more we can say.’ 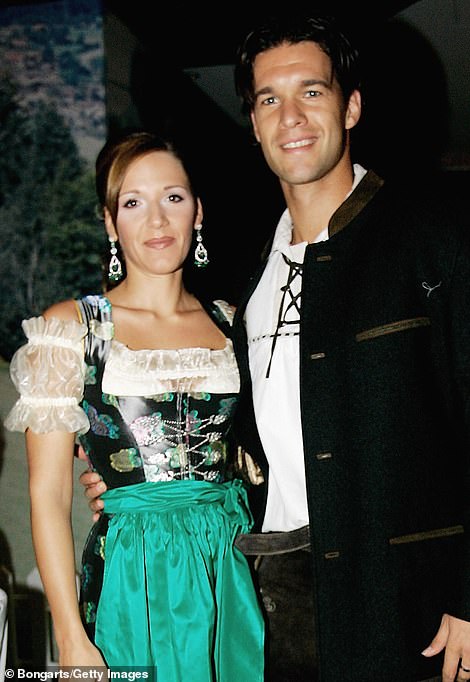 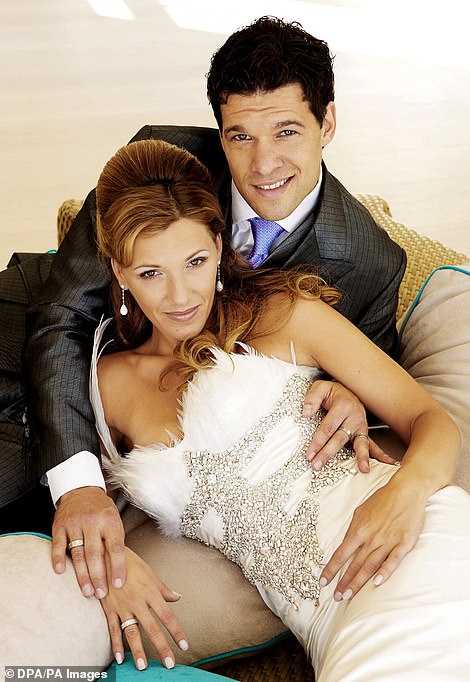 Emilio was the middle of Ballack’s three sons, born to long-term partner Simone Lambe (left and right) whom he married in 2008 after the children had been born and divorced in 2012 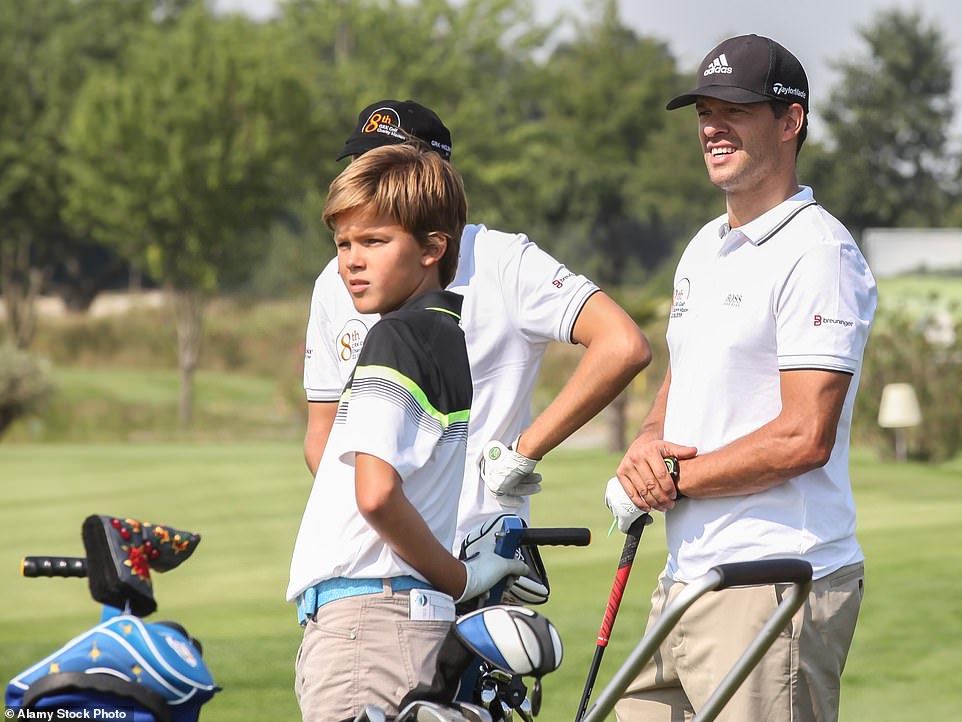 Emilio (left), who has an older and younger brother, pictured playing a round of golf with his dad Michael back in 2015 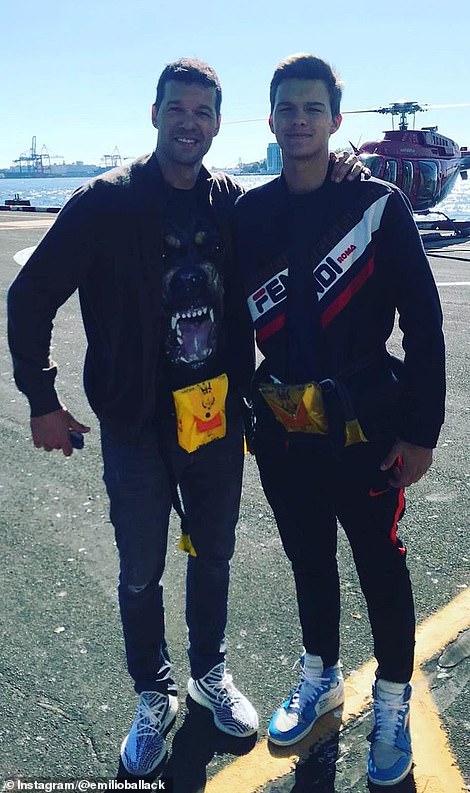 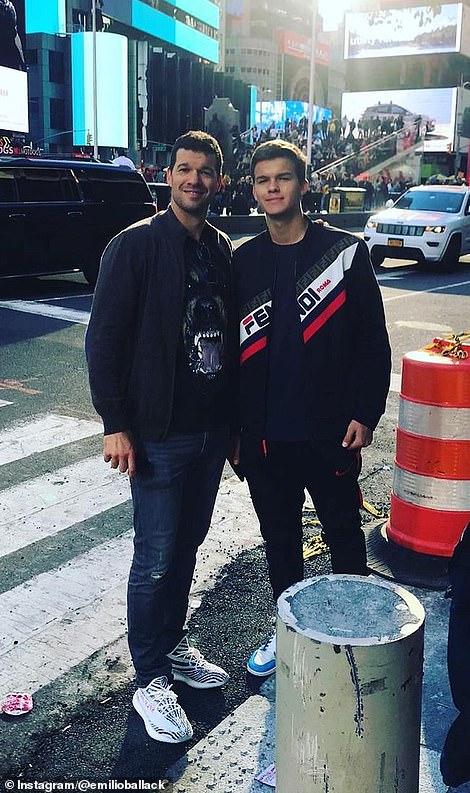 Chelsea icon and Emilio enjoy a day out in New York City in 2019, where they spent some downtime in Times Square (right) 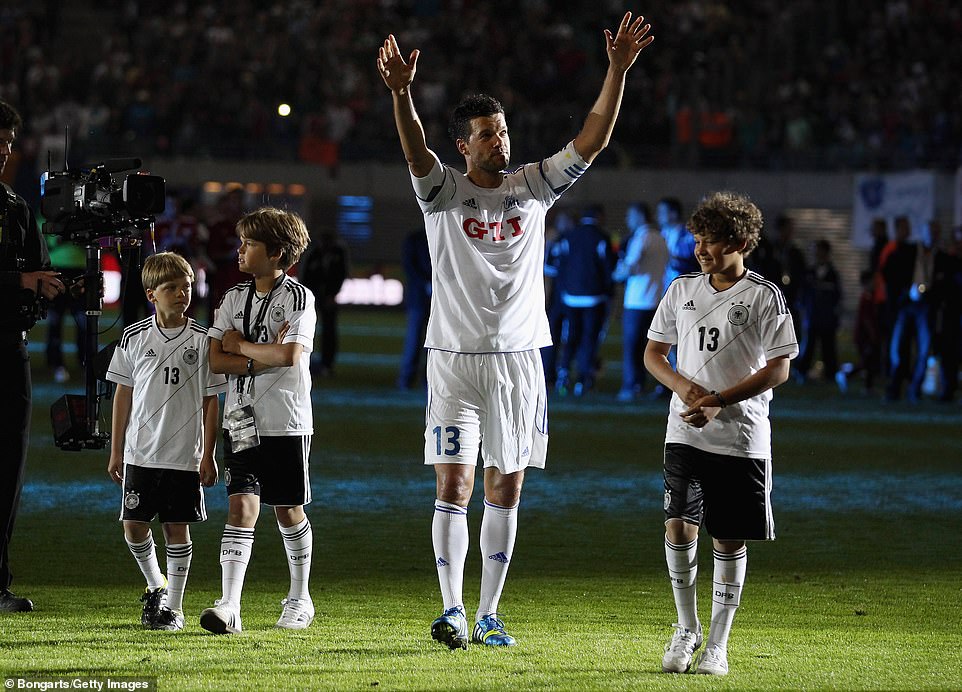 Ballack, pictured with sons Louis, Emilio and Jordi, at the World XI testimonial game at the Red Bull Arena in Leipzig in 2013

Common among farming folk and those who work in the countryside, quad bikes have also been adopted as play-things of the well-off.

But the vehicles are extremely heavy and notoriously easy to flip over – causing a number of high-profile injuries over the years.

Comedian Rik Mayall was seriously injured in an accident in 1998, while out near his home in Devon.

Wife Barbara found him trapped underneath the bike – which had flipped and slammed his head into concrete.

Mayall suffered a fractured skull and two haemorrhages, including one deep inside his brain.

Rock star Ozzy Osbourne was also seriously injured in a quad  bike accident in 2003 while riding at his home in Buckinghamshire.

The ‘Prince of Darkness’ was thrown over the handlebars when the bike hit a pothole and then landed on top of him, leaving him with a broken neck, broken collarbone, eight broken ribs, a punctured lung and concussion.

He stopped breathing twice on the way to hospital, and was only saved by the quick thinking of a bodyguard who gave him the kiss of life.

‘I could have died…I am lucky to be here today and not paralysed,’ he said.