Anna Sorokin – the fake heiress who swindled banks, hotels and members of New York high society out of $275,000 – remains in immigration detention after she was jailed seven months ago upon release of a nearly three-year prison sentence.

Sorokin, a Russian-born German woman who used the pseudonym Anna Delvey, was arrested by Immigration and Customs Enforcement on March 25 after she overstayed her visa. She has yet to be deported back to Germany.

Her lawyer, Audrey A. Thomas, described the situation as the ‘proverbial poster child for governmental abuse of power and violation of due process’.

‘Anna is not being treated fairly, she is being denied justice and the Court’s rulings against are arbitrary and capricious and serve only to deny her equal protection under the law,’ Thomas told DailyMail.com.

Sorokin has filed a federal lawsuit against the Department of Justice for her release.

Her attorney has also filed an appeal for the deportation orders and applied for Sorokin to be granted asylum. 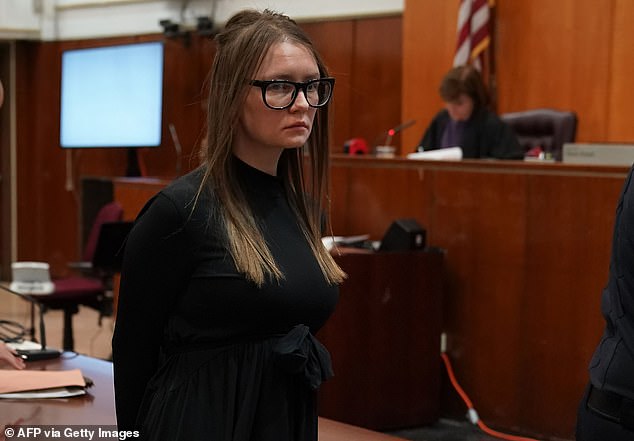 Anna Sorokin (pictured in May 2019) remains in immigration detention after she was jailed seven months ago. Her attorney described the situation as the ‘proverbial poster child for governmental abuse of power and violation of due process’

Sorokin is currently being held at Orange County Jail in Goshen, New York.

‘I feel very disappointed by the Government’s decision to keep me incarcerated based solely on my use of social media,’ Sorokin said in a statement provided to DailyMail.com through Thomas.

‘The Orange County jail is severely understaffed, and there is only one housing area for all females, regardless of criminal, immigration or medical status. I live together with violent and mentally ill offenders who have been denied bail even under the recent bail reform, as well as people on suicide watch and in detox.’

She continued: ‘The unit is constantly on lockdown due to fights and assault on staff. New inmates are being quarantined in the same unit as general population and it is practically impossible to receive any medical attention.

‘After dropping approximately ten medical slips over the past five months, I have yet to receive an appointment to see a doctor. The food at the facility is extremely low quality and consists 90% of carbohydrates with absolutely no fresh fruits or vegetables.’

‘I have at least three cases where they released violent predicate felons with ankle bracelets,’ Thomas told Insider. ‘So why not her?’

Immigration judges have the power to release individuals until their status is finalized, however detainees can also remain in custody indefinitely.

According to court documents from September, Sorokin has filed numerous motions and petitions since her March 25 detainment seeking release or a bond hearing.

It remains unclear if or when the court will move forward her hearing request, release or extradition. 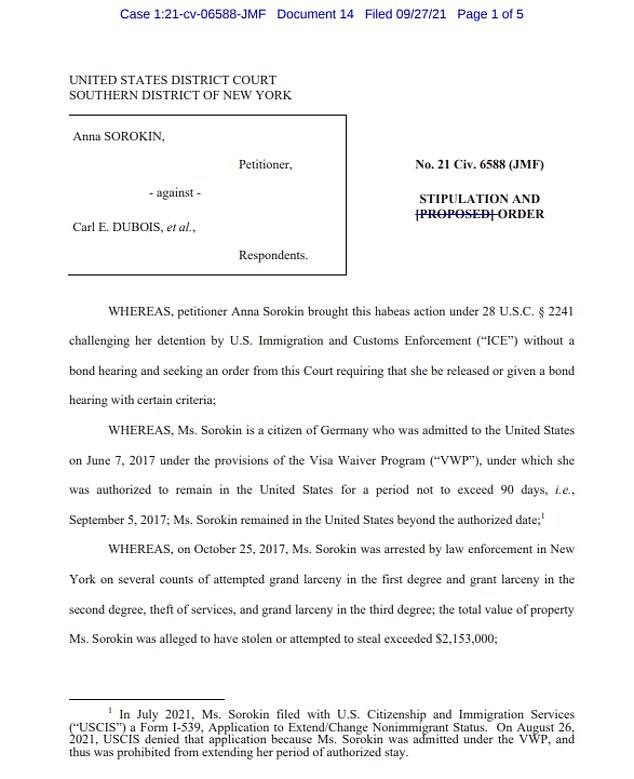 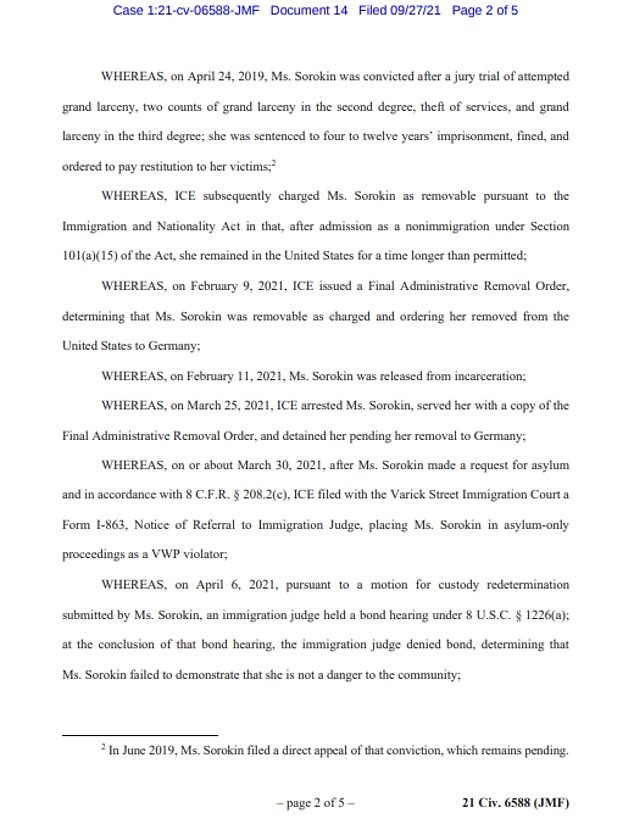 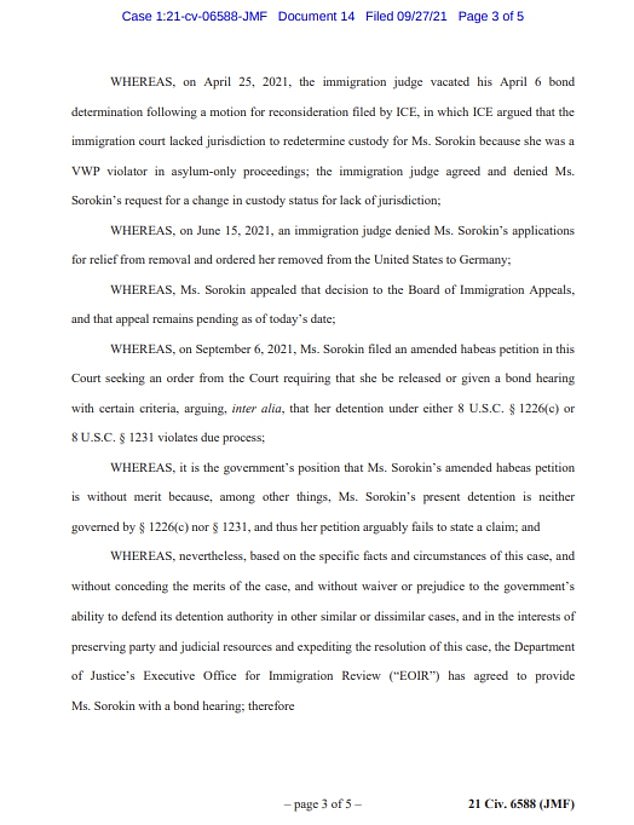 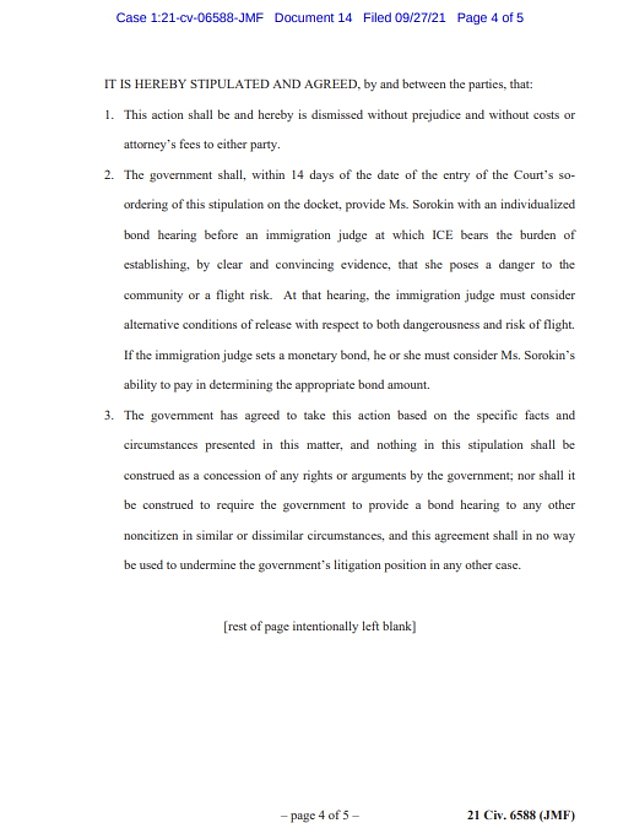 According to court documents filed last month (above), Sorokin has filed numerous motion and petitions since her March 25 detainment seeking release or a bond hearing

In 2013, Sorokin arrived in New York City and pretended to be a wealthy German heiress named Anna Delvey.

She spent nearly four years living an exorbitantly expensive lifestyle in Manhattan, often on the borrowed dimes of newly-acquainted friends who believed she was incredibly cashed up.

Her lavish lifestyle came crashing down in 2017 after she took a friend, former Vanity Fair photo editor Rachel DeLoache Williams, to Marrakesh with her, racked up thousands of charges at hotels and then gave the photo editor the $62,000 bill, promising to pay her back.

Unrelated to the trip, Sorokin was arrested in July 2017 for theft of services when she couldn’t pay bills. She reportedly took off to California and missed a court date.

Afterwards, Williams – realizing that Sorokin had conned her – went to the police and the Manhattan District Attorney’s Office and agreed to aid officials in a sting operation that resulted in her October 2017 arrest in Malibu, California.

A Manhattan jury found her guilty in April 2019 of grand larceny and other charges.

Sorokin spent just over three years in prison for defrauding banks, and hotels out of $275,000.

She was ultimately released from prison in February 2021, only to be detained by ICE about a month later. 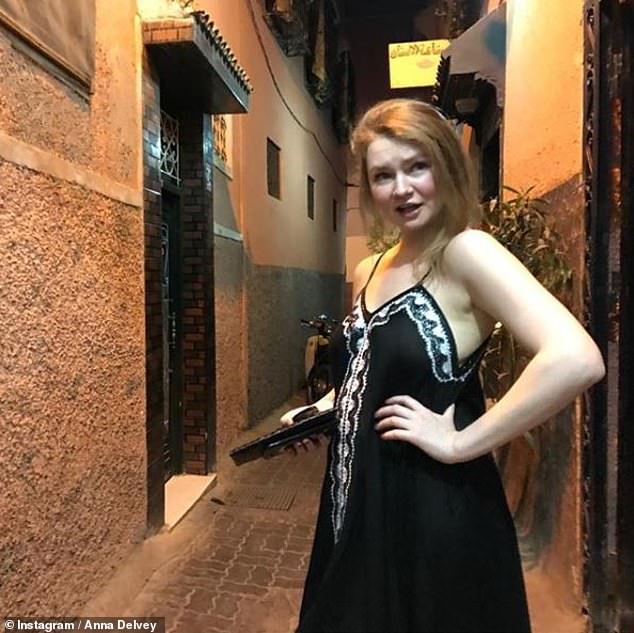 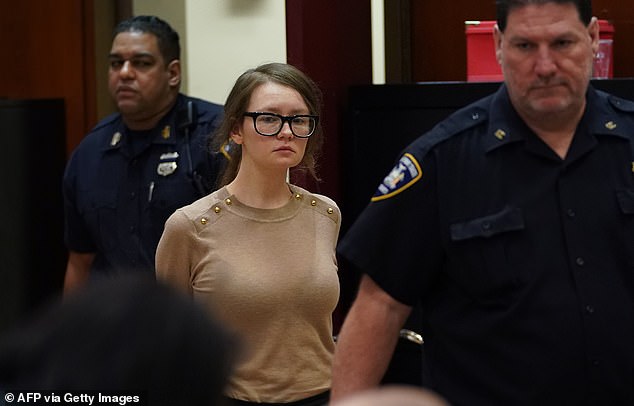 Sorkin (pictured during her trial at the New York State Supreme Court in April 2019) was arrested in 2017 on larceny charges in New York, for defrauding banks, hotels and people out of money while posing as a fake Russian born German heiress 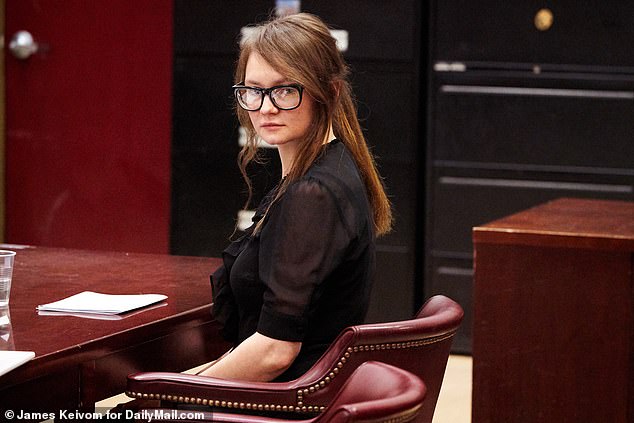 Sorokin is now the subject of an upcoming Netflix project titled Inventing Anna. The streaming giant reportedly paid her $320,000 to consult on a series about her crimes and she has used most of the money to pay off her victims.

The series, produced by Shonda Rhimes and starring Ozark actress Julia Garner as Sorokin, is set for release in late 2021 or early 2022.

The former socialite gave her first TV interview since her release from prison for a 20/20 special that aired on October 1.

During the interview, Sorokin said she never pretended to be from money and she never meant to be deceptive.

‘I never had a fraudulent intent – and I guess that’s what should really count,’ she claims.

Sorokin, who wore heavy make-up and curled her hair for the interview, further stated: ‘I would like to show the world that I’m not this dumb, greedy person that they portrayed me to be.’

Her former defense attorney Todd Spodek, also featured in the 20/20 special, argued that Sorokin did nothing wrong, but was instead ‘seduced by the glitz and glamour’ of New York City.

‘Anna had every intention of doing things the right way, but she couldn’t open those doors without doing something a little bit grey to open the door,’ he said. 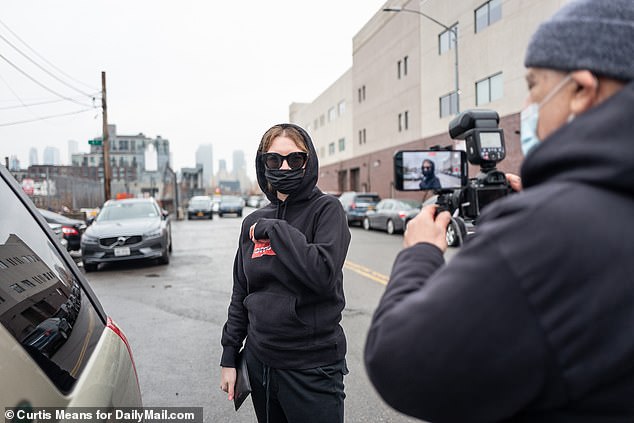 She released from prison in February 2021, only to be detained by ICE on March 25 (Pictured: Sorokin visiting her parole officer in Brooklyn on March 1, 2021) 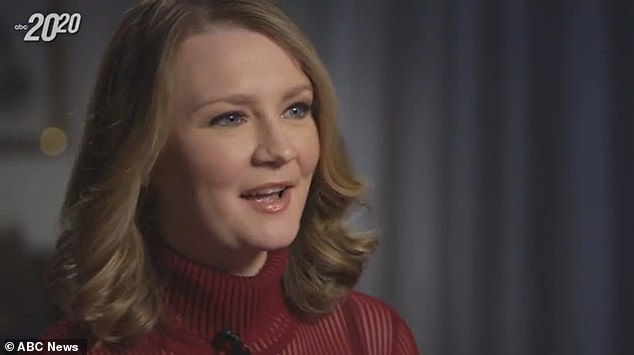 The former socialite gave her first TV interview since her release from prison for a 20/20 special that aired on October 1. She said: ‘I never had a fraudulent intent – and I guess that’s what should really count. I would like to show the world that I’m not this dumb, greedy person that they portrayed me to be’

‘Everyone creates the version of themselves that they want the world to see… Everyone lies when it’s convenient to them… and Anna did the same thing. She couldn’t be 100 percent honest because no one would listen to her.’

Williams – who testified against the fake heiress in court – told the interviewer that initially thought Sorokin was ‘slightly offbeat’ but never had reason to question her identity.

‘People have asked [me], were there red flags?’ Williams said. ‘I never questioned that she was who she said she was. I never had reason to and I wouldn’t have thought that way.’

Meantime, as she remains in ICE custody, Sorokin’s next steps remain unknown.