I’ve played FIFA religiously since 2004, I’ve owned every copy since then on one system or another including FIFA Street. That’s not a special case though, in fact a lot of people are the exact same.

That’s why FIFA has become a juggernaut franchise in the gaming sphere, for many it is a must buy every year. Yet, that seems to have slowed down in recent times. After playing the same thing for over 10 years, it’s no wonder that many have become burned out.

That’s why when I got my hands on FIFA 19 early I was pleasantly surprised. There’s no flashy facades labelled as ‘new features’. It’s simply a well-made football game which focuses on the gameplay and benefits massively by doing so. FIFA 19 on the surface is still the same FIFA we’re all familiar with by now but something about this year’s version has just clicked. Everything works together wonderfully and makes for a football game which is fun to play from the first minute to the 90th.

If you noticed this year, when EA have promoted the game at events there’s a much lighter focus on realism and authenticity. In truth, 19 does feel more ‘arcadey’ than it’s predecessors and I think that’s why this game feels so great.

In the past, FIFA was fun simply because it was football – it was the drama of the match which suckered us in while the actual gameplay at times wasn’t as important. This year, everything feels rewarding. Every touch, every shot and even every tackle will bring you a sense of joy.

FIFA 19 is the first time I’ve ever enjoyed many aspects of a football game. With the new 50/50 challenges, defending and tackling no longer feels like a chore but rather a satisfying side to the game which tests your reactions and ability to read the game. 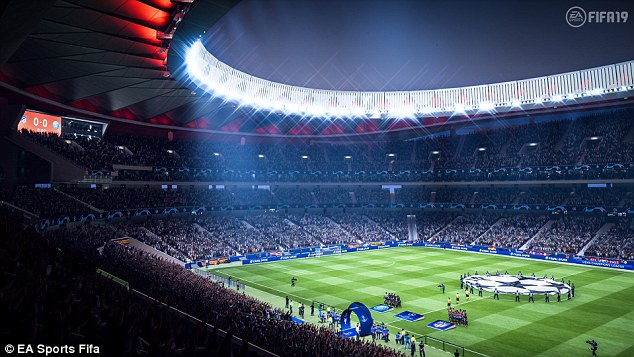 It’s the first time outside of Football Manager that I’ve ever cared for tactics in a game. The new system is easy to understand and simple to implement at any time during a match.

You can now change the tactics of your team for when you tell them to go on attacking, defensive, ultra attacking or ultra defensive. So for example, by simply pressing right on the d-pad once during a match, my team changed to a more attacking formation and opted for fast-build up play instead of a possession based style. Instantly I saw an impact as my AI-controlled teammates surged forward on runs, giving me options to counter-attack with ease.

And this system can be customised in anyway you wish. You can use the ultra-defensive instruction to actually play more attacking football if you want to fake-out a friend. Or you can use it to simply change formation on the fly subtly without needing to pause.

One of the most subtle changes this year is ‘active touch’. For me, this is the first time EA have really delivered on a new system for ball control and dribbling. FIFA is finally making full use of the power which current-generation consoles offer by cramming new animations into the game. In FIFA 19, tactics have a palpable impact on the game and really help you find your playstyle

We see new animations added to the game every year but never to this extent. Now, every player will move and shift their body before they even receive the ball – meaning they can take a touch in the direction you want to go without having to stop first then turn in clunky fashion.

You can even pass while the ball is behind you without having to stop and turn. Your players will intelligently shape their bodies and position themselves to carry out your demands in the most seamless and efficient way possible.

Every movement has a purpose, you know which type of player you’re controlling. Flair players will remind you of their skill every chance they get with a rally of flicks and backheels. And now you can press the right thumbstick (R3) to flick the ball in the air no matter where the ball is. You can flick it up from your feet or even juggle the ball with your head to fool your opponent or simply just to show off. 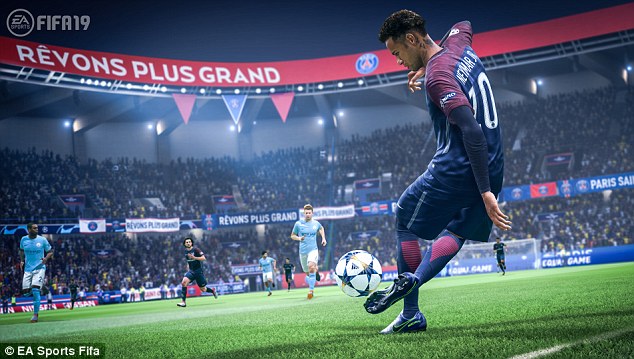 Flair players will use clever flicks whenever they can, Neymar even has his own animation set

You can try for a volley at any time you want, of course it’s unrealistic but who cares when it’s so fun and enjoyable? This is a video game and EA are finally embracing that again. There are mini games you can play while trying to tackle or shoot, there are crazy, over-the-top skill moves in the game that even the most flamboyant of wingers wouldn’t try in a real match.

But that’s what makes FIFA beautiful, it’s fantasy – you play the way you want to. Everything you do in the game has a reason, which direction you dribble, what shots you attempt, what tactics you employ. EA have created a game which adds skill and character to the gameplay. Realism in a game is impressive but it’s amusement and gratification which keep us playing.