EA Sports are going all out on licensing this year for FIFA 19 with the announcement of a lucrative partnership with La Liga, adding a ton of content from the league into the game.

Now there will be another 16 stadiums added to the game with all but one of the La Liga stadiums making it into the game. The missing piece is a fairly large one as EA have still not been able to secure the rights to Barcelona’s Nou Camp. 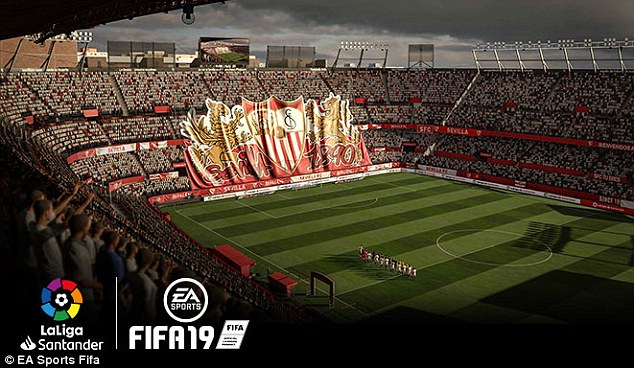 While EA were able to pry the licensing rights to UEFA’s Champions League and Europa League competitions from the PES Series, they weren’t able to also get their hands on the Barcelona rights.

The reigning La Liga champions have a close partnership with Konami which has kept the Nou Camp as a PES exclusive for a number of years, something which isn’t changing for PES 2019.

Still, the rest of La Liga will have their stadiums in the game, including Athletic Bilbao’s Estadio San Mames and Real Betis’ 60,000 seater Estadio Benito Villamarin.

Some of new stadiums really shine thanks to EA’s work on pre-match atmosphere.

Many of the new grounds will have massive banners and other fan displays like the huge Sevilla badge which can be seen in the trailer and image above.

The new content doesn’t end there either as EA have also announced that they have scanned the faces for the majority of La Liga players.

This astoundingly means that they are adding over 200 new player head scans into the game.

That doesn’t include a lot of the players from Real Madrid, Atletico Madrid and Barcelona who have already has their real faces in the last few games. 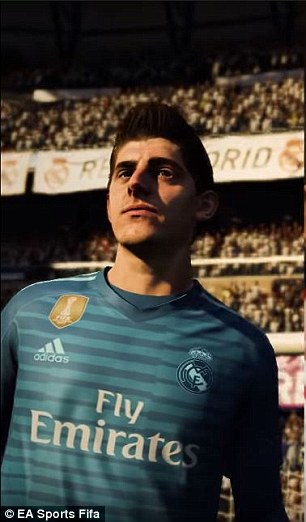 From the looks of the trailer, all of the scans look incredibly realistic and up to date, Thibaut Courtois even made an appearance in his new Real Madrid kit.

EA will be hoping they get all of the scans right as both Jesse Lingard and Wilfried Zaha have recently taken to Twitter to complain about their haircuts in FIFA 19.

Finally, EA have also show given us a glimpse at their authentic La Liga broadcast package, making the pre-game cinematics for games from the Spanish Division look as close to the real thing as possible.

FIFA 19 will have accurate team lineup shots, scoreboards, and more graphic overlays when it launches September 28.

While this is of course fantastic news for La Liga fans, there will also be many Career Mode players who want the mode to have as much authenticity as possible. Although, this won’t settle the concerns that many of these players have as EA remain tight lipped on the mode. The only new feature we have seen so far is the inclusion of the Champions League and Europa League alongside new menu graphics.