EA Sports have released even more FIFA 19 Ultimate Team ratings ahead of the game’s release on September 28 for PlayStation 4, Xbox One, PC and Nintendo Switch.

Today, we have been shown players 21-30 out of the top 100 players in the game. As we get closer to the game’s best players, the final ratings are becoming increasingly exciting as well as controversial.

Mohammed Salah had a spectacular season for Liverpool, leading to him being named in the final three for Best Fifa’s Men’s Player award alongside Real Madrid duo Cristiano Ronaldo and Luka Modric. Despite that, EA have comparatively ranked him quite low. 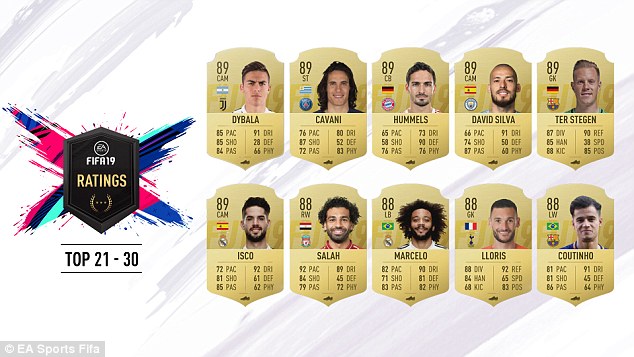 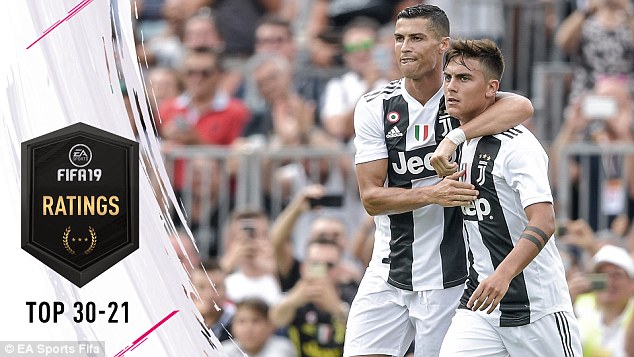 The Egypt international has boosted up to an 88 overall after originally being an 83 in FIFA 18. The impressive is stacked with amazing stats including 92 pace, 89 dribbling and 84 shooting.

Whilst a very strong card, it seems strange of EA to rank another 26 players ahead of him. Especially certain players like Isco who didn’t reach the same heights last season.

While Isco may have proved his quality at the World Cup and during Spain’s friendly with England this last weekend, he struggled at times for Real Madrid. Despite that, EA have given him an 89 overall with 72 pace, 92 dribbling, 81 shooting and 85 passing.

Another player who is surprisingly above Salah is Manchester City’s David Silva. The Spanish midfielder helped City to a dominant season in the Premier League but by no means did he have as big an impact as Salah. His 89-rated card looks useful with 66 pace, 91 dribbling, 74 shooting and 87 passing.

Finally there is Juventus’ Paulo Dybala who will turn out to be an incredible attacking threat both in-game and real life alongside Cristiano Ronaldo at Juventus. The ridiculous 89-rated card has 85 pace, 91 dribbling, 85 shooting and 84 passing.