Another year means another FIFA release and there will already be one question on everyone’s lips: What small changes have been made this year that EA think is enough to warrant me parting with £50?

Well, FIFA fans will be pleasantly surprised because EA Sports have hit the ball out of the park or, more appropriately, curled it in top bins.

FIFA 19 is a phenomenal package which is overflowing with content and most importantly, offers the smoothest gameplay you’ll find in a sports game.

With unbelievable graphics and a substantial amount of new animations, EA have really pushed the limits of the PlayStation 4 and Xbox One for the first time. We finally have an ambitious FIFA title which feels far removed from the last generation. 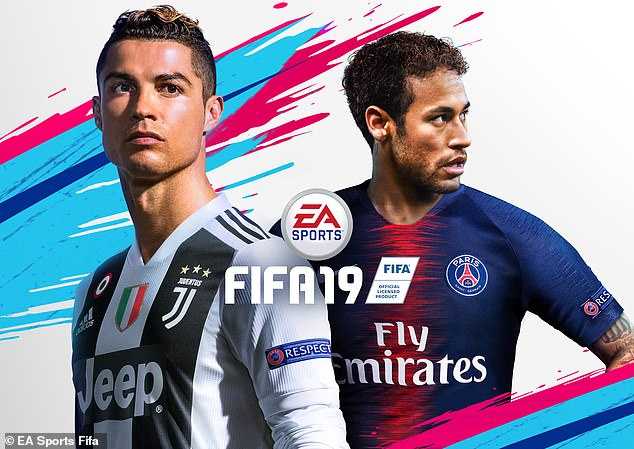 EA have shown a lot of ambition and everything has clicked this year, FIFA 19 feels fantastic 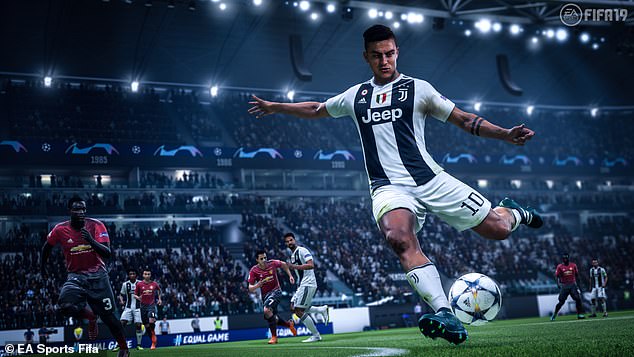 The graphics are stunning and the new animations sleek, EA have pushed consoles to the limit

EA have created one of the most realistic football atmospheres ever in a game with banners of players, a variety of chants and most importantly, an unbelievable collection of licenses. The Premier League theme tune is now played before league matches but more importantly, the new Champions League experience is a dream for any football fan.

Walking out to the iconic music with the banner waving in the middle of the pitch and official-batch ball sat on the perch ready, FIFA 19 finally allows your to live out the dream of any football fan and captures the scale of the event expertly.

While the abundance of content and game modes is already impressive (more on those later), the gameplay has to be the focus of any football game. FIFA 19 is one of the most satisfying sports games on the market with every match a pleasure to play.

PES has struggled behind FIFA for many years now but one thing rivals Konami have perfected is the art of beautiful passing. Yet, FIFA may have finally matched them – from one touch moves to inch-perfect through balls, every pass feels exquisite. 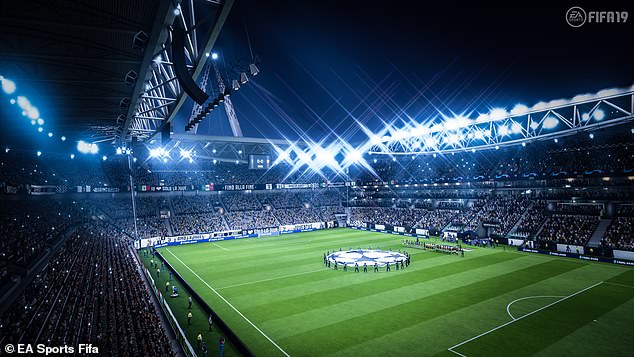 The level of artificial intelligence this year is phenomenal with players always finding space, even when they’re on the opposite flank. It makes executing the perfect through ball an absolute treat, especially when you player is clever enough to dink the pass slightly over the defender’s foot without you even asking.

But what really helps make the gameplay so smooth is the extensive list of new animations. The ‘active touch system’ is the biggest gameplay update to a FIFA title since the addition of 360 degrees dribbling.

FIFA 19 has been brought to life as players continuously react to situations and the physics of the ball as they would in real life. From jumping in the air to meet a deflected pass to back heeling the ball from behind them to keep the forward momentum going in one swift motion.

Players adapt their body an positioning in an instant to help them pull off moves seamlessly. Gone are the days of your midfielder stopping and turning before passing the ball behind them, your player will now automatically angle his body ready to pass before the ball even reaches him. 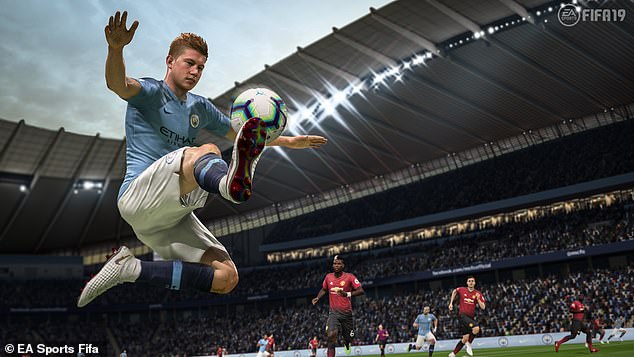 You’ll especially notice this new system with skillful players who like to add flair and tricks to their game. Playing as Neymar is delightful as he adds a little bit of extra style to every movement he makes. Outside of the foot shots, rabona crosses and heel flicks galore – his personality shines through in more ways than ever before.

This fluid, silky gameplay is executed perfectly while maintaining the brisk, action-packed pacing that the FIFA franchise has been known for. Last year EA slowed down the pace to allow for thoughtful, more precise decision making. This year there’s plenty of opportunities for that while matches also maintain the feeling of urgency, adding thrills and drama from the first kick to the last.

There really is a lot of depth to matches this year, defending feels much better with the new 50/50 battles which means both forwards and defenders will compete for every ball. Your wingers won’t walk into defenders and accept they’ve lost the ball, if they have momentum they’ll plough straight through.

On top of that, the new overhauled tactics system is exceptional. It’s easy to understand yet has a monumental impact on the game and leads to excellent variety in matches. Swapping from possession to fast build-up instantly sees your players surge forward rather than come close for an easy pass. The ability to save different play-styles and formations to the defensive/attacking instructions adds a whole new layer of adaptability which can instantaneously flip a match on its head. 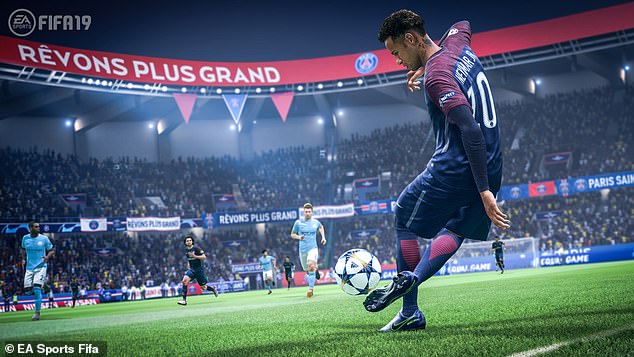 Flair players like Neymar constantly show off with heel flicks, rabonas and outside foot passes

And for those who are extremely competitive (who isn’t when playing FIFA?), there’s a much higher skill ceiling, adding even more depth.

The aforementioned 50/50 battles remove most random deflections from the game, making defending increasingly important. While up the other end of the pitch, the best players will make the most of timed finishing, a new mechanic which allows you to press shoot a second time when the player’s foot meets the ball. Time that right and your shot will be significantly more powerful and accurate – but get it wrong and your shot is going out for a throw-in.

With new ways to prove your skill, you’ll want to show off your footballing prowess in the best way possible, playing against your friend on the couch. While Ultimate Team will always be FIFA’s main event, nothing comes close to the feeling of thrashing your friend while sat in the same room as them.

That experience is heightened thanks to the overhauled Kick-Off mode which introduces a host of new features – I was back at university living in a student home again.

You can have a best of series, add home and away legs or even make your one-off battle a Champions League final. You can even turn to the ridiculously fun party modes varying from no rules, longshots counting as two goals, headers and volleys or Survivor which sees one of your players randomly sent off every time you score. 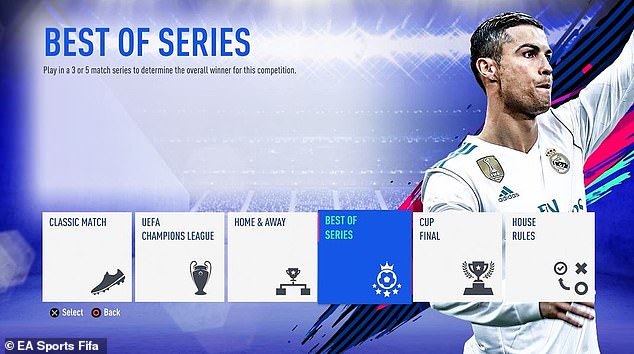 As for people who prefer to play solo, it doesn’t get any better than the Journey Mode with the final chapter in the three-part series of Alex Hunter. The young Englishman has now joined Real Madrid with the Champions League firmly in his sights. You can choose one of Madrid’s Galacticos to become your personal mentor, helping you become the world’s best and filling in the void that was left by Cristiano Ronaldo.

However, for the first time your focus doesn’t have to be solely on Alex. Journey this year is a three-pronged story with half-sister Kim Hunter and best friend Danny Williams also having their own separate narratives meaning you can choose to follow one the whole way through or dip in and out of all three.

Career mode on the other hand, is fairly disappointing in the sense that it hasn’t changed in the slightest. Of course, the tactics system and licenses make for a more realistic, complete experience but a different menu with the Champions League logo in the background on European match-days isn’t enough to be the mode’s only new ‘feature’.

Still, FIFA 19 overall is a superb game and easily the best EA have released during the PlayStation 4 and Xbox One era. And it will stay that way for at least a month as EA have announced they will not be releasing any big, game-changing updates anytime soon. FIFA 19 could be the game to rejuvenate the series which despite dominating the market, hasn’t always hit the high notes over the last few years. If you’re a football fan craving even more of the beautiful game, do so virtually and pick this up on September 28.

Sports Australian rugby league player banned for placing ‘a hand between the buttocks’ of...

Sports Dele Alli was one compared to Diego Maradona and Ronaldinho but ex-Tottenham man...

Sports Sasha Banks shares video of her car being broken into: ‘Five minutes in...