A winning goal off the shins of the unfortunate Mats Hummels would not at first seem the greatest endorsement of France’s tournament chances this summer.

Yet, make no mistake, that France remain the team to beat was the clearest message here. Ignore the scoreline. That is UEFA logistical nonsense. France were not the home team, nor was this a neutral venue.

Didier Deschamps’ players began the competition by beating Germany, in Germany, saving the most impressive result of the first round of fixtures until last.

The venue for this game was Munich’s Allianz Arena, meaning France came away with three points having travelled to the ground that epitomises the strength of German domestic football. In the circumstances, this was a significant scalp. 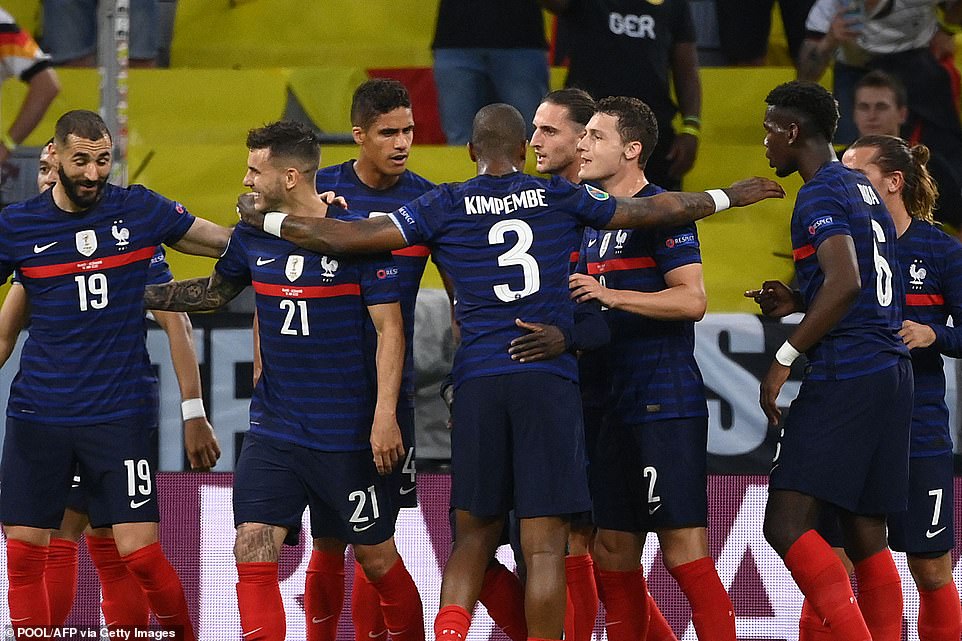 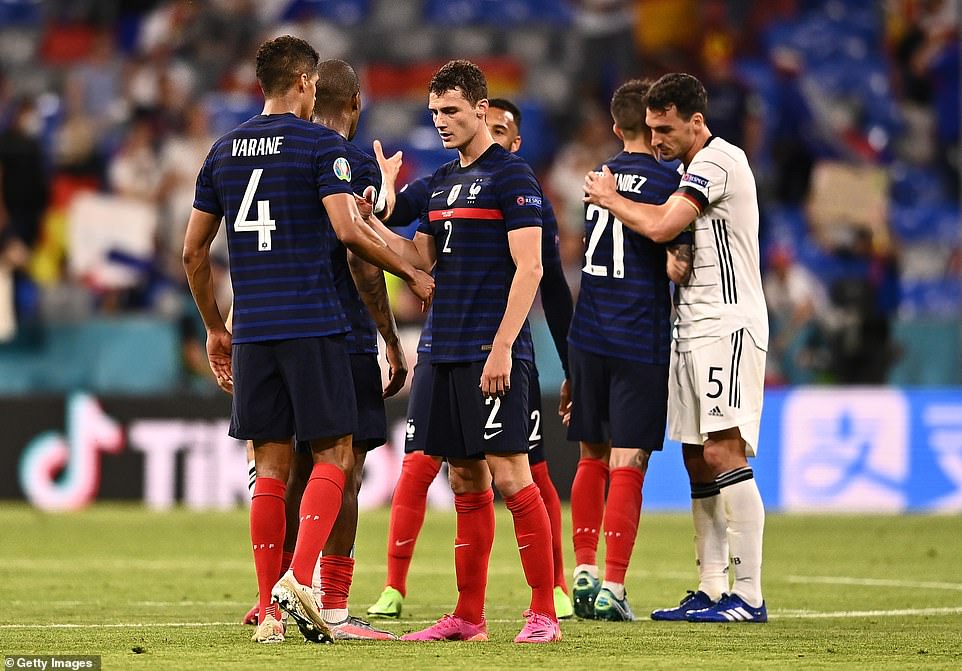 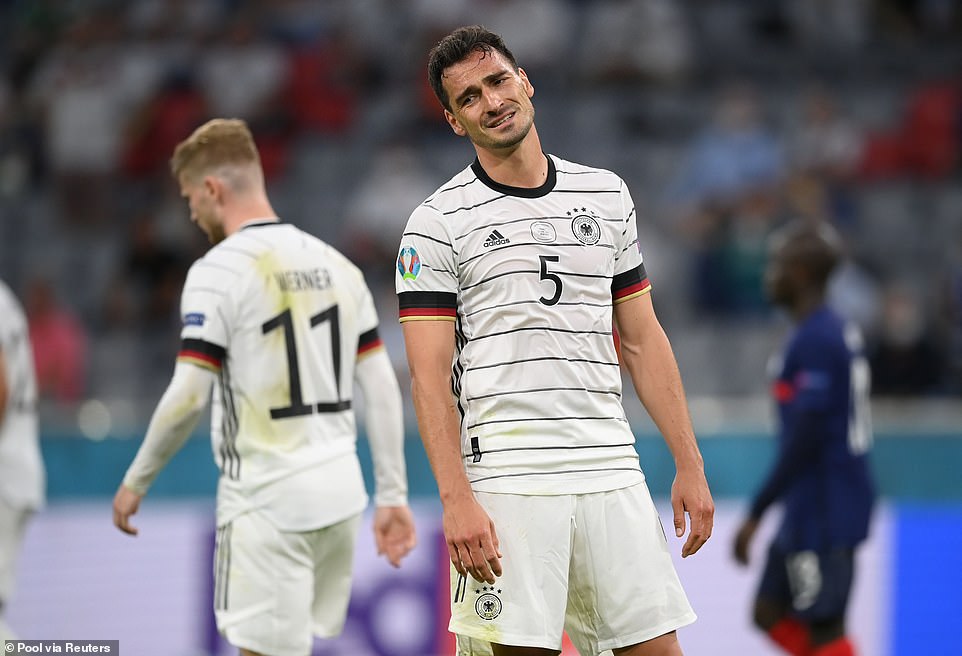 Germany are still a talented side, but France handled them comfortably – with Low’s men lacklustre in front of goal on Tuesday

Modern football being what it is, there were two Bayern Munich players in France’s starting line-up, to go with the four in Joachim Low’s German XI, but that is not the reason the World Cup winners looked so at home here.

For all their flounderings this season, Germany are still a dangerous side, with good technical footballers yet France handled them comfortably for long periods.

They had two goals disallowed for offside – rightly, both times – and Hummels made a quite brilliant tackle late on to deny Mbappe. Yet most impressive was the coolness with which France soaked up Germany’s pressure.

The defence was exemplary; in N’Golo Kante and Paul Pogba they probably have the midfield pairing of the tournament. This is not just about counter-attacking and forward play. France have quite possibly progressed since the 2018 World Cup win. Undoubtedly, they are the team against which all contenders must be measured. 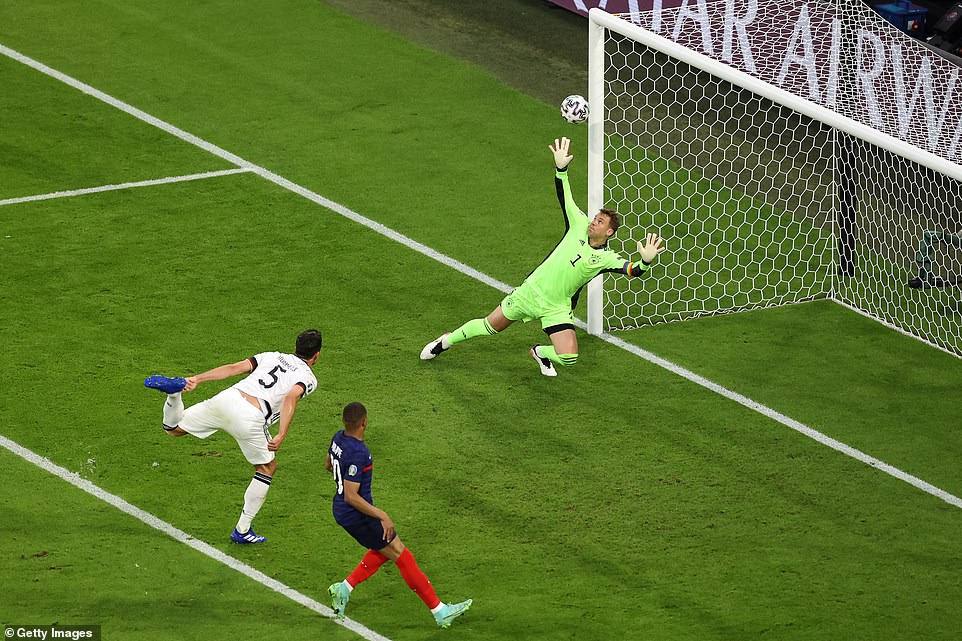 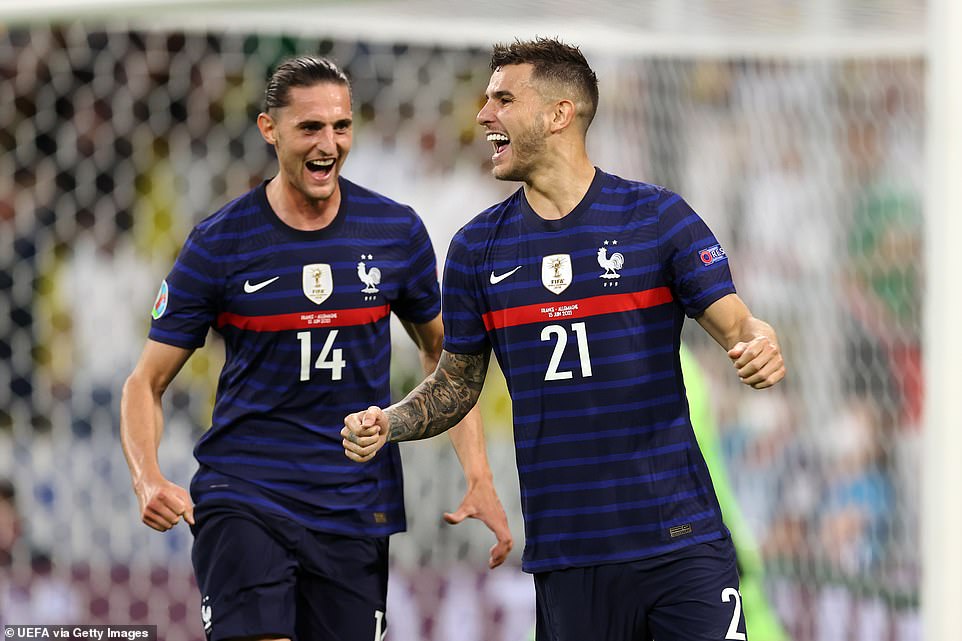 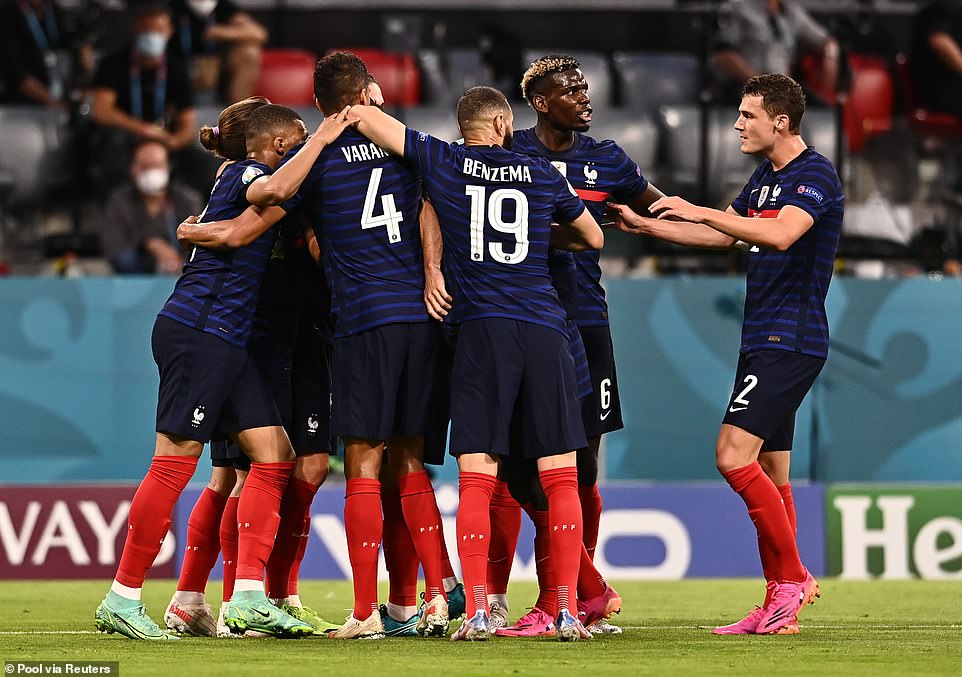 Incredibly, it was 1937 when Germany last defeated France on home soil, and there was little chance of that run ending here.

Joachim Low’s team did not look to have a typical cutting edge in front of goal, where Serge Gnabry was deployed as their most advanced forward.

Certainly they have no players in the terrifying class of Kylian Mbappe and Karim Benzema, who might have torn a few apart in the early stages given a group with a few more rabbits.

Quite whether this will be the Group of Death of cliché remains to be seen. The way this tournament is set up, three points may well be enough for progress, meaning if everyone beats Hungary they should at least have a chance of qualifying. 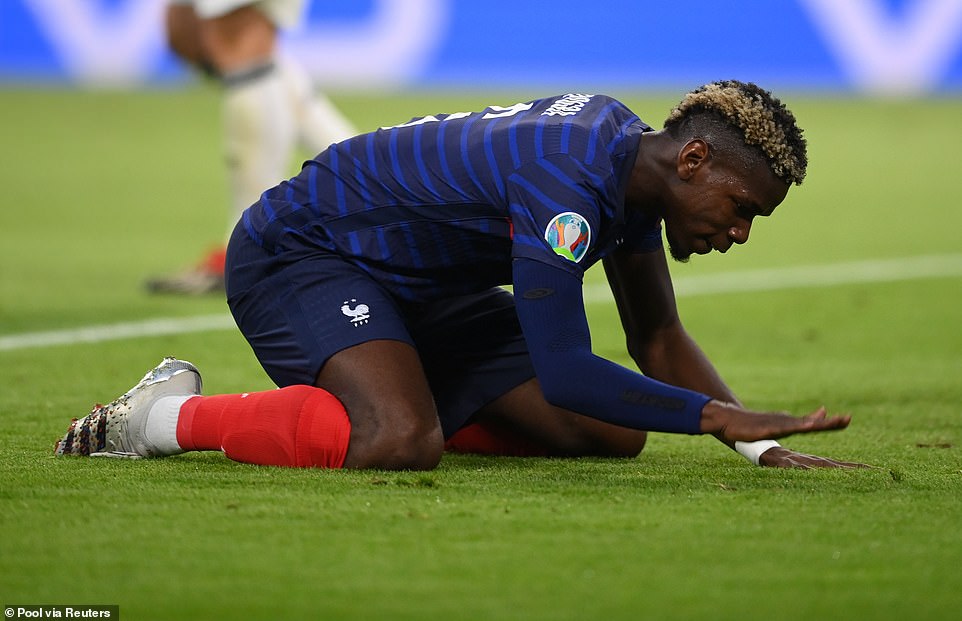 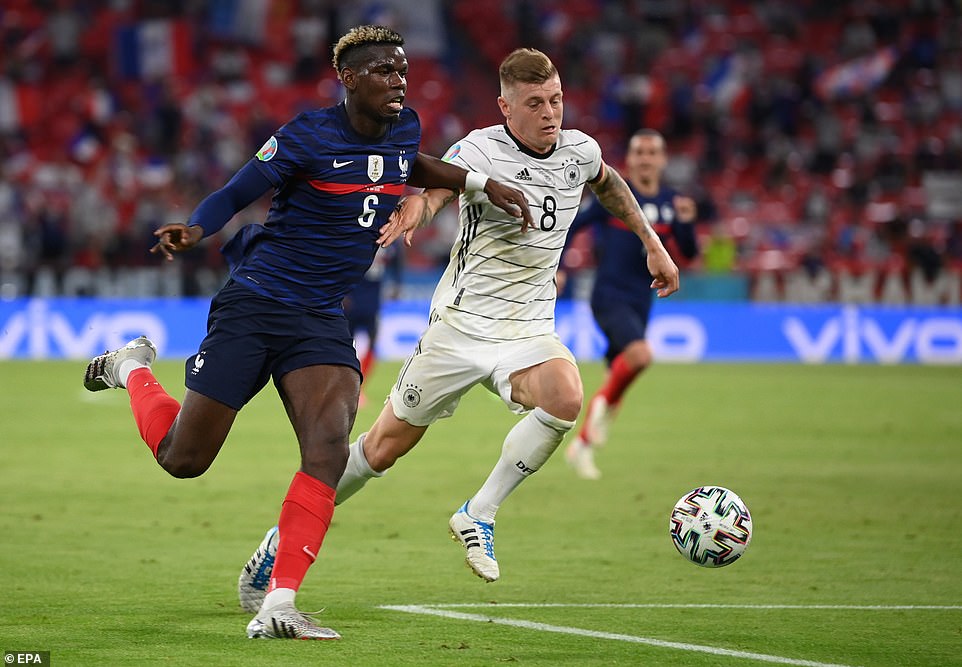 The opportunity to lay down a marker, however, to feel tournament confidence, to play with the minds of fellow contenders, was very much at stake in Munich and it was France who will be sleeping with greater contentment after this.

Not least Didier Deschamps. He is trying to become the first man to win the World Cup and European Championships as both player and coach and there is no point, as world champions, trying to disguise his team’s status.

Asked if France would be the favourites to win, Deschamps replied, ‘I hope so’, and there was little sense of his players easing their way into this match.

They dominated the early possession, played on the front foot quickly, and within seven minutes Spanish referee Carlos Del Cerro Grande had shown a yellow card to Joshua Kimmich for a foul on Lucas Hernandez. Given that Kimmich was going up against Mbappe for much of the night he did well to stay on.

Not that Hernandez made it easy, exaggerating the intent of a second collision later in the game, with the obvious aim of getting Kimmich dismissed. Fortunately, Del Cerro Grande was having none of it. 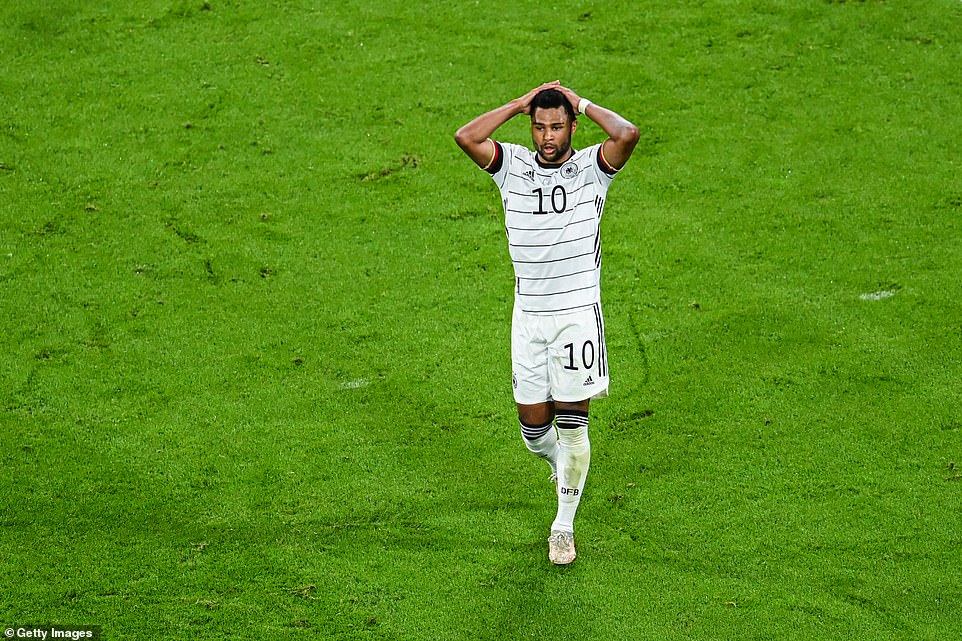 Gamesmanship aside, however, Hernandez was excellent, as were France on the counter-attack and Pogba was outstanding in midfield in a way he rarely is for Manchester United. This was the player United thought they were getting; this is why he is so often singled out for criticism. Where is this talent, most weeks? He should be running games in the Premier League as he did here against far stronger opposition.

It wasn’t a faultless display, mind. One of the offside goals in the second-half was a result of Pogba delaying his pass, and after 16 minutes he should have put France ahead.

They won a corner on the right, which was taken by Antoine Griezmann. Inexplicably, Germany failed to pick up Pogba in a dangerous position in front of goal. He was first to the ball, a free header, but somehow steered it over the bar. A big miss.

France were now in their stride, however, and a minute later Mbappe cut inside on the left and struck a shot which was tipped wide by Manuel Neuer.

It felt like a goal was coming and after 20 minutes, it duly arrived. Pogba was the architect with all the excellence and precision that implies. He struck a quite fabulous cross-field ball, arrowed into Hernandez, from the right to the left. The Bayern Munich man whipped in a low cross which completely foxed Hummels, trying to guard the French poachers behind him. He didn’t get his feet right, didn’t get his body right and ended up diverting the ball powerfully into his net. Neuer had no chance, but it was no more than France deserved. 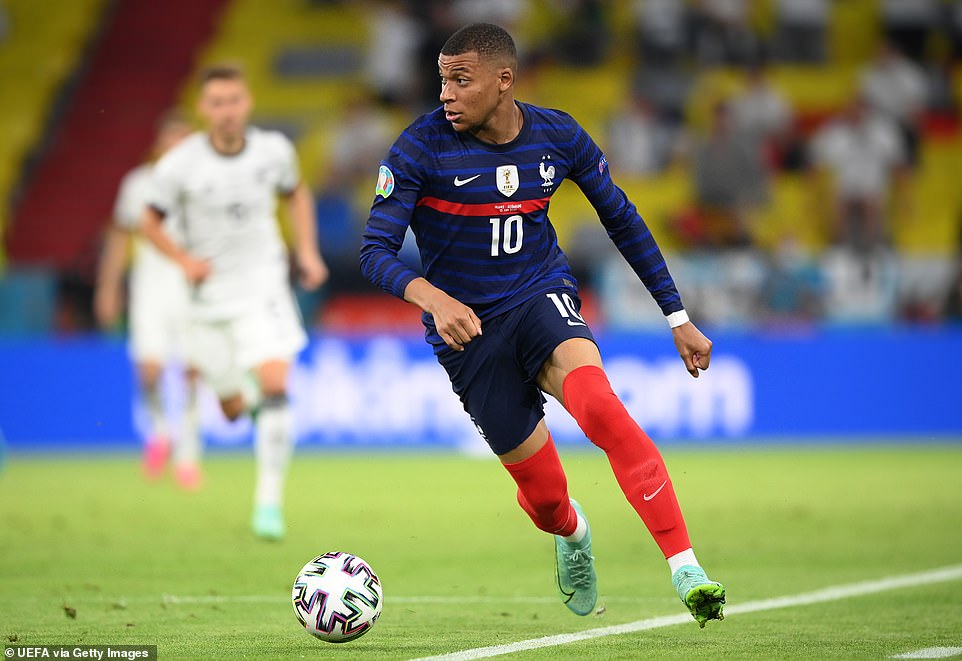 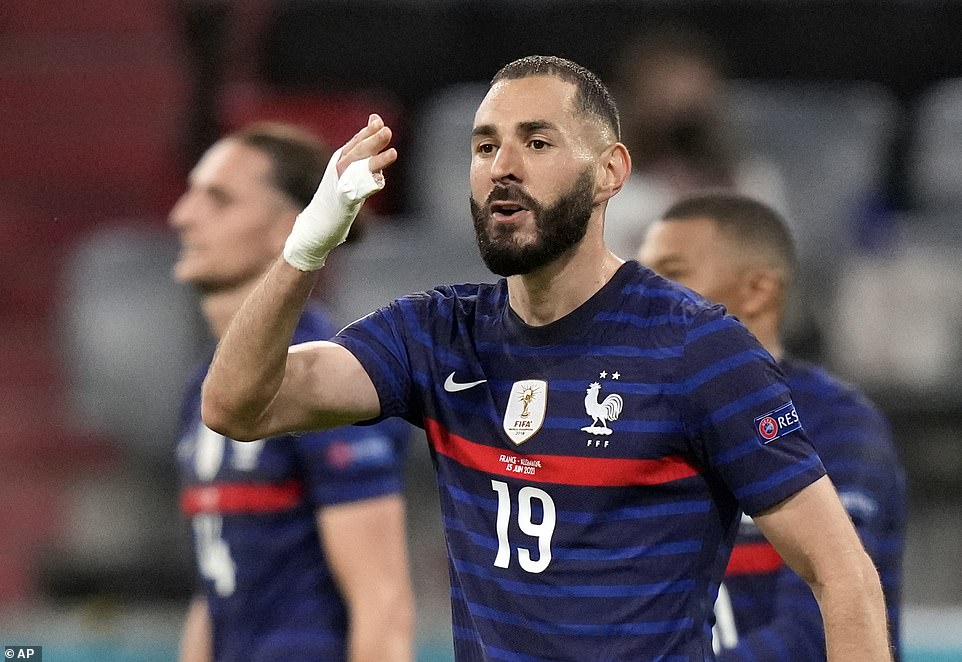 Karim Benzema thought he had scored his first goal since 2015 to add a second, but Mbappe was adjudged to be offside 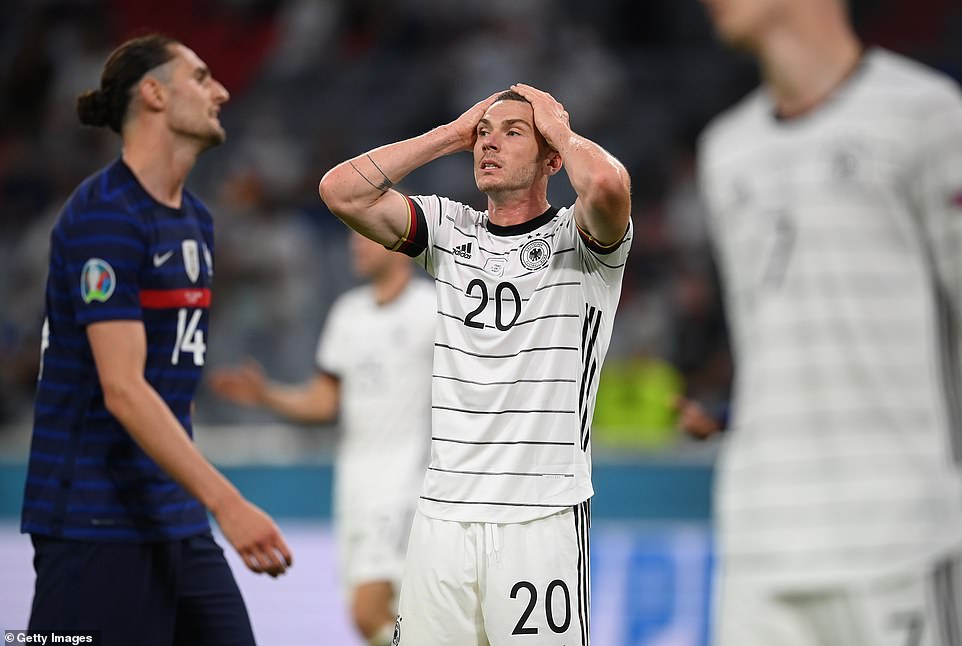 The surprise was that, from there, France let Germany back into the game.

Having barely threatened to that point, they almost immediately forged their first chance, a set-up from Robin Gosens that Thomas Muller’s glancing header sent wide. Then, in the 38th minute, neat work from Gnabry fell for Ilkay Gundogan who scuffed his shot wide. These were encouraging moments for Germany, almost crowned after 54 minutes when a cross from Gosens was met by Gnabry in space, blasting his shot into the turf and sending it over the bar on the bounce – another good chance wasted.

Yet France never stopped probing for a second as much as Germany sought their equaliser. Adrien Rabiot could have seized his moment when through on the left with Griezmann in an excellent position. Instead, he went it alone and struck Neuer’s near post, much to Griezmann’s immense frustration.

Mbappe had the ball in the net, so too Benzema, but neither counted and, of course, there were moments when Germany looked threatening. Yet this is the first opening game of a European Championships they have ever lost, and they were playing in Munich.

As much as Italy, Belgium, England and Portugal have laid down their markers over the last few days, this is the result that stands out. Everyone knows who they have to beat now, if they didn’t already. It’s France. 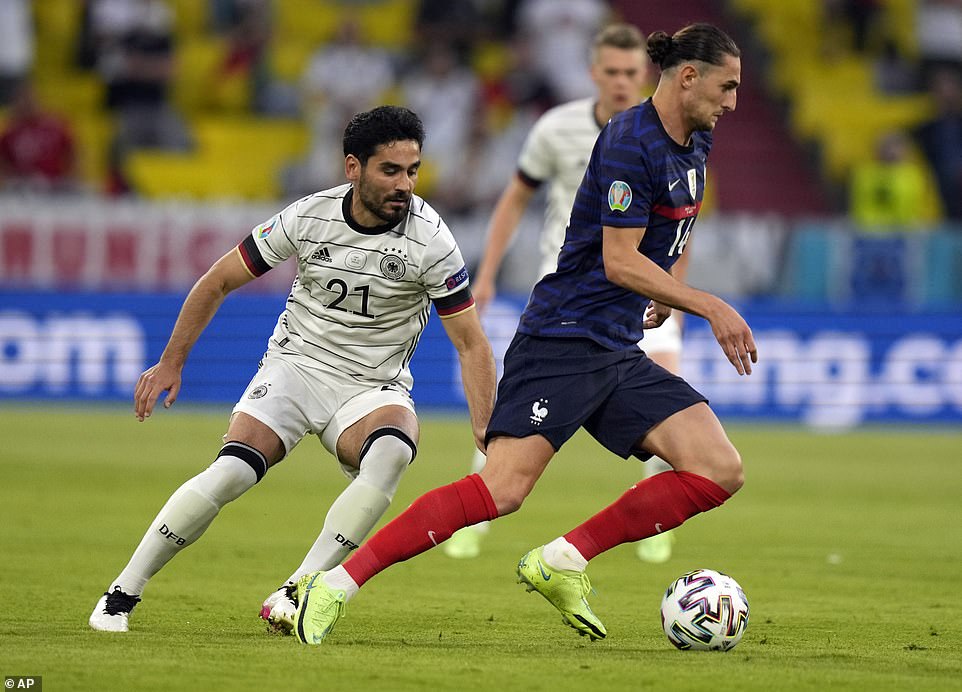 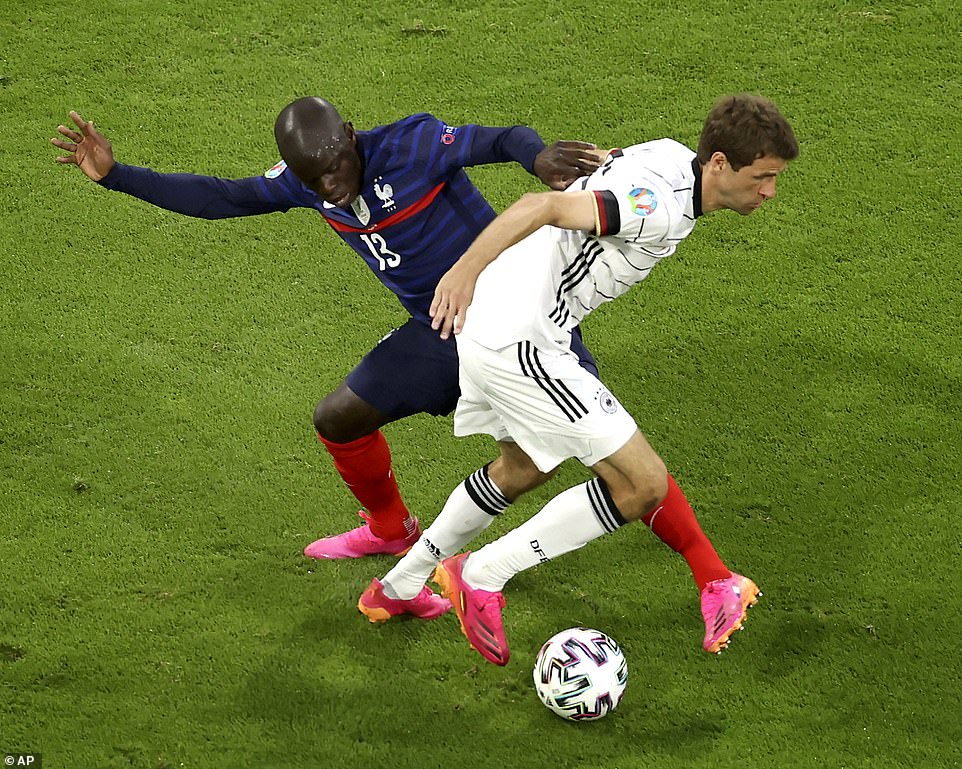