Jean-Luc Brunel, Jeffrey Epstein‘s modelling agent ‘pimp’, was not on suicide watch before he was found dead in his cell on Saturday morning – despite having tried multiple times to kill himself.

Since his 2020 arrest, the 76-year-old Frenchman had made multiple attempts to take his own life, reports The Telegraph.

Still, Brunel – who allegedly helped procure over one thousand women for Epstein and convicted child sex trafficker Ghislaine Maxwell – was not under ’emergency protection’, more colloquially known as suicide watch, at the time he died.

Prisoners under emergency protection in France are given suicide-proof cells, with round corners, paper clothes and tearable bedsheets to prevent them doing harm to themselves.

Given there are only around one hundred of these suicide-proof cells in France, they are reserved for detainees judged to be facing an imminent risk of suicide – and even in those cases, prisoners are kept there for only 24 hours, pending transfer to a psychiatric facility. 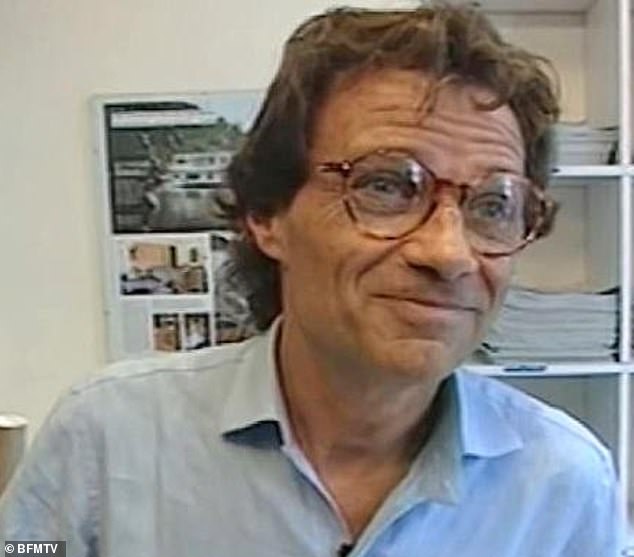 Up to six patrols a day at La Santé prison in Paris could not prevent Jean-Luc Brunel, 76, from dying in his cell, where he was on a list of ‘vulnerable inmates’ receiving extra surveillance while he awaited trial for for the rape of a minor

While Brunel was not under emergency protection, he was confined to a special area for so-called ‘vulnerable people’ – namely, those at high risk of falling victim to violence from other inmates, due to the high-profile or heinous nature of their crimes.

By virtue of his inclusion on the ‘vulnerable people’ list, Brunel received up to six prison patrols a day.

Yet these frequent patrols were unable to stop the French modelling agent and alleged sex trafficker Jean-Luc Brunel from dying in his cell at La Santé prison in Paris.

Erwan Saoudi, a prison warden trade union representative in the French capital, said: ‘On average, there are four to six patrols in for vulnerable people in the prison where Brunel was held.’

Despite this, Brunel apparently found a time window between the patrols, and managed to hang himself with prison-issued bedsheets.

‘He chose to carry out this act between two patrols,’ said Mr Saoudi.

‘First aid could not salvage the situation.

‘This shows that the prisoner was determined to go through with it. What’s for sure is that he was alone at the time.’

Despite all the evidence pointing to suicide, Paris judicial police guided by an examining magistrate have launched an investigation into the exact cause of Brunel’s death.

The alleged hanging will fuel conspiracy theories around the Epstein affair because the financier is also said to have hanged himself while awaiting trial.

Video cameras at Manhattan’s Metropolitan Correction Center were not running at the time Epstein died in 2019.

There were no cameras to record Brunel’s final hours in Paris either, as he awaited trial for the rape of a minor. 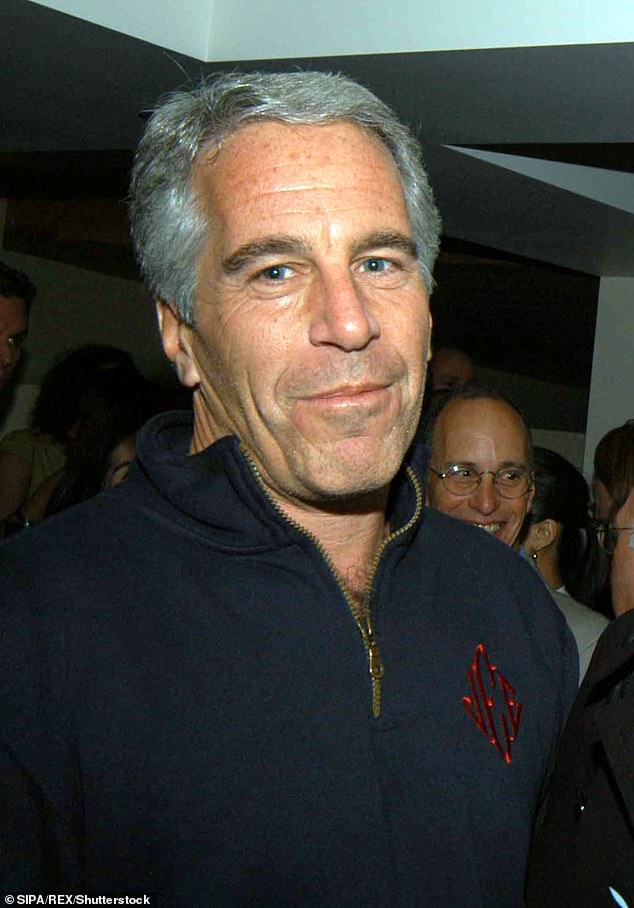 Brunel’s apparent suicide comes days after Prince Andrew agreed to settle a lawsuit with Virginia Roberts Giuffre accusing him of sex abuse after they met through Epstein and Ghislaine Maxwell.

The settlement is thought to be worth around £12 million.

Mr Giuffre also alleges that she was raped on numerous occasions by Brunel, who was a close friend of convicted British sex trafficker Ghislaine Maxwell, who is currently in prison in the USA.

A number of former models have also waived their anonymity to make their allegations against Brunel public.

Among them was Dutch model, Thysia Huisman, who was 18 when she first stayed with Brunel, and she said she was raped by him in 1991.

On Saturday, she wrote on Twitter: ‘Jean-Luc Brunel has been found dead in his prison cell. 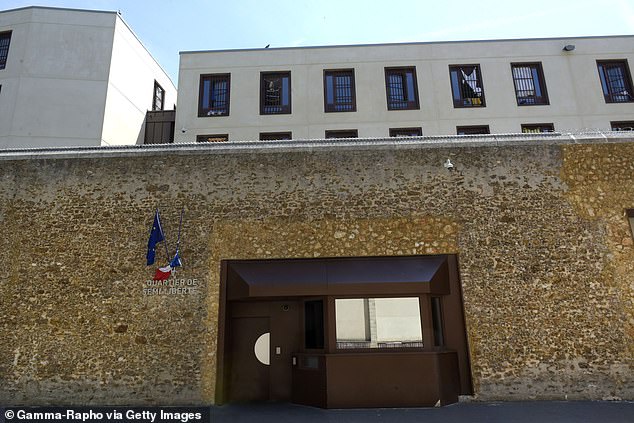 Prisoners under emergency protection, otherwise known as suicide watch, in France are given suicide-proof cells, with round corners, paper clothes and tearable bedsheets to prevent them doing harm to themselves 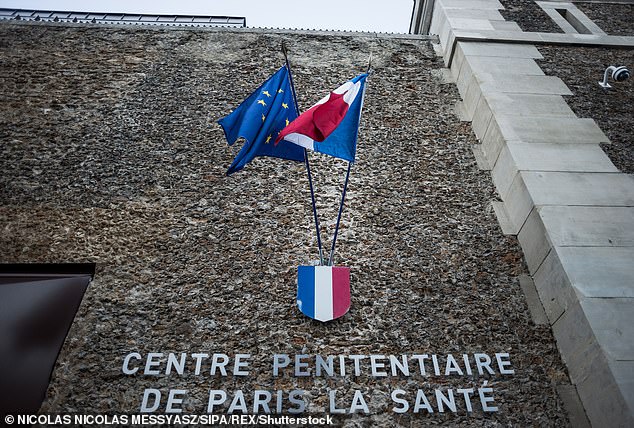 Jean-Luc Brunel was not on suicide watch, although he was categorised as a ‘vulnerable person’ and guards checked on him over the course of four to six patrols a day – not frequently enough, apparently, to prevent his prison death on Saturday morning

‘He supposedly hung himself last night. I am in shock. Was this really suicide? And it feels disappointing.

‘This is a completely different ending without any real justice for his victims.’

She is one of at least four alleged victims represented by Anne-Claire Le Jeune, a Paris barrister who said Mr Brunel’s death was a source of ‘frustration’ for her clients.

Ms Le Jeune said: ‘Epstein and Brunel died in their cells and Prince Andrew has struck a confidentiality deal.

‘All that leaves the impression there are lots of grey areas and it will be hard to get to the truth about this ring.’

Brunel was the target of a wider investigation opened in Paris in August 2019 looking into Epstein’s associates in France.

In a 2016 deposition, Ms Guiffre claimed that Epstein and Maxwell sex trafficked her into Brunel’s hands when she was 16.

She also claimed Brunel attacked her on several occasions on Epstein’s private island in the Caribbean.

Speaking last September, Ms Giuffre said Epstein told her he slept with ‘over a thousand women that Brunel brought in’.

Both Prince Andrew and Brunel have vehemently denied all claims against them, with the prince considered a key witness who both the Americans and the French want to interview in person.

In a Twitter post on Saturday Ms Giuffre said: ‘The suicide of Jean-Luc Brunel, who abused me and countless girls and young women, ends another chapter.

‘I’m disappointed that I wasn’t able to face him in a final trial to hold him accountable, but gratified that I was able to testify in person last year to keep him in prison.’

Following Brunel’s death, Maxwell’s family described the news as ‘shocking’ and said they were scared for Maxwell’s safety at the Metropolitan Detention Center in Brooklyn, where she is currently being held.

Speaking from his home in London, Maxwell’s brother Ian told the New York Post: ‘Another death by hanging in a high-security prison.

‘My reaction is one of total shock and bewilderment.’