By Owen Tonks For Mailonline

Tina Kunakey looked sensational as she posed with her husband Vincent Cassel at the Le Papier Jacquemus’ Fashion Show photocall in Arles, France on Monday.

The model, 25, wore a backless sheer black dress with cut out detail which left little to the imagination.

She stood close to her actor husband Vincent, 55, who opted for casual attire, wearing a white shirt which he left open at the collar and a pair of blue denim jeans. 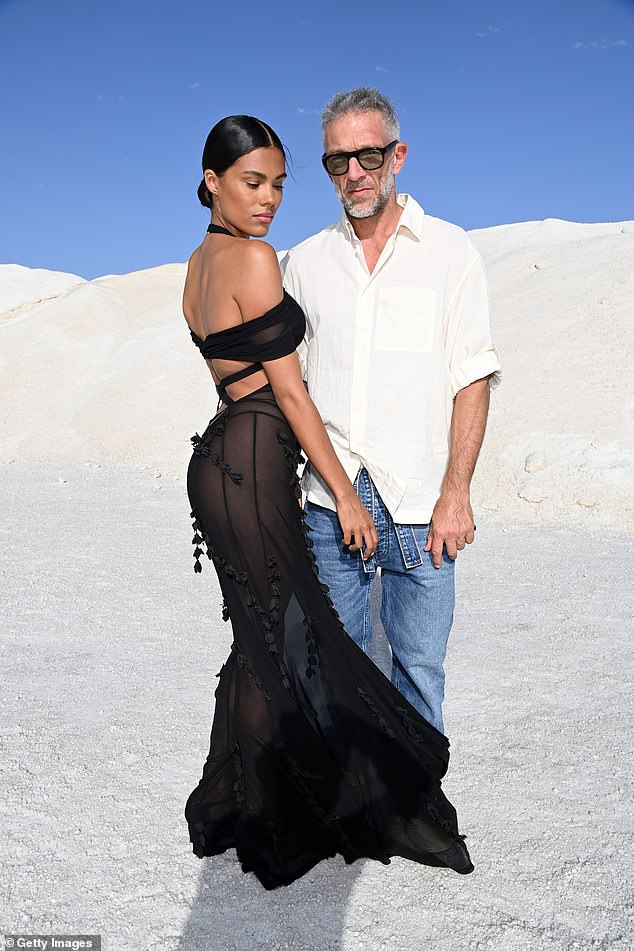 Strike a pose: Tina Kunakey, 25, looked sensational as she posed with her husband Vincent Cassel, 55, at the Le Papier Jacquemus’ Fashion Show photocall in Arles, France on Monday

Vincent was seen getting close to Tina as the posed on some white limestone sand against a cloudless blue sky in the sunny South of France.

The garment featured tasseled detail which hung down across the skirt. 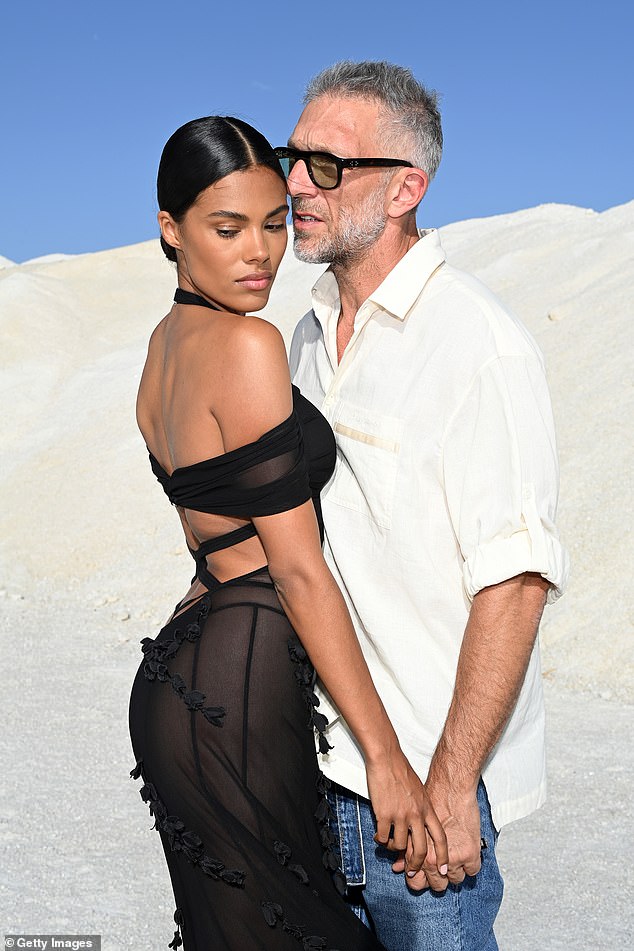 The piece hugged her shapely behind and she tenderly touched Vincent’s hand as she posed next to him at the event.

She went for a make-up palette of subtle natural hues to highlight her pretty facial features. 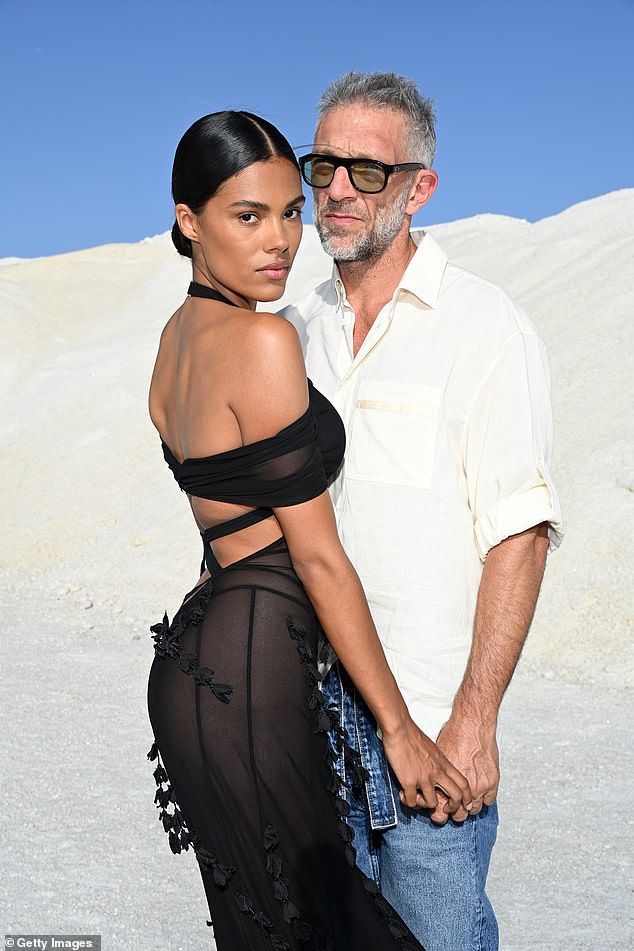 The pair married in a private ceremony at the city hall in Bidart, south-west France, in August 2018.

They were first linked back in July 2016 when Tina, then 19, shared a social media snap of herself cuddling up to the then 49-year-old actor while smoking a cigarette.

Previously, he was married Italian actress Monica Bellucci, 57, for 14 years, after first meeting on the set of their 1996 film The Apartment.

The couple welcomed their daughter Amazonie in April 2019, less than a year after their fairytale wedding. 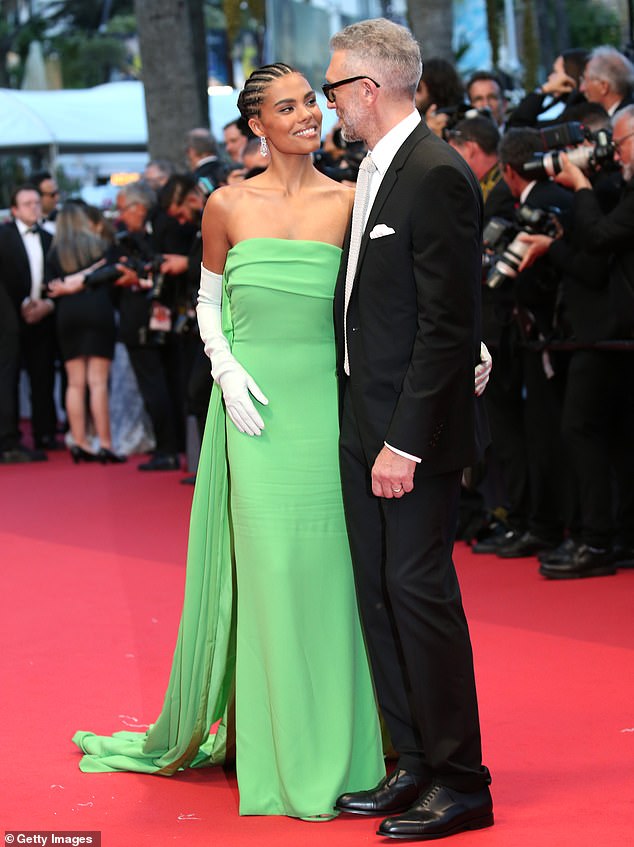 Glamorous: Tina and Vincent put on a loved-up display as they walked arm in arm on the red carpet at the 75th Cannes Film Festival last month