France were fluid, seamless and showed why they’re favourites to win Euro 2020… while Germany are still trying to get to grips with their game plan and will improve

They resemble a club team, France. Every truly brilliant international team always does. Tuesday night brought a synergy that few have displayed so far this tournament.

That is what ought to worry the rest. Sure, the individual quality at the disposal of Didier Deschamps can alter the complexion of any fixture but it is the positional rotation and understanding that marks the world champions as favourites.

What first appeared errant passes into midfield actually set France on their way, drawing defenders in, because those supplying them knew the exact zone where Antoine Griezmann dropped off the front. N’Golo Kante and Adrien Rabiot solidified the central areas together when Paul Pogba moved into those coveted half spaces to inflict damage. 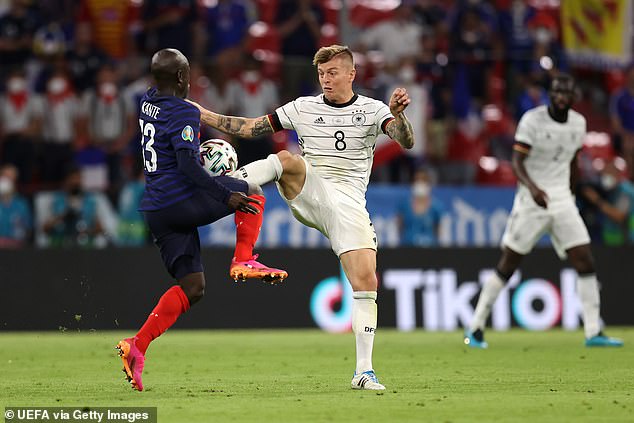 There was a seamlessness. Benjamin Pavard slid into the middle to offer different options when required, Kylian Mbappe frequently hared back to retrieve possession and counter sharply. Similarly Griezmann, the pair dedicated to their roles.

Germany were just not quite as fluid and that showed. There was a moment when Ilkay Gundogan attempted a clever little stabbed ball into the final third. At his club team, Manchester City, a pass into that patch of grass would have moved them further up the pitch, with runners everywhere. Not here. Gundogan was expecting someone to have occupied the space but they did not. The move broke down.

With France, this was akin to watching one of the best sides in the Champions League towards the end of the knockout rounds for large spells, rather than an international team in their opening game. And that was the difference. 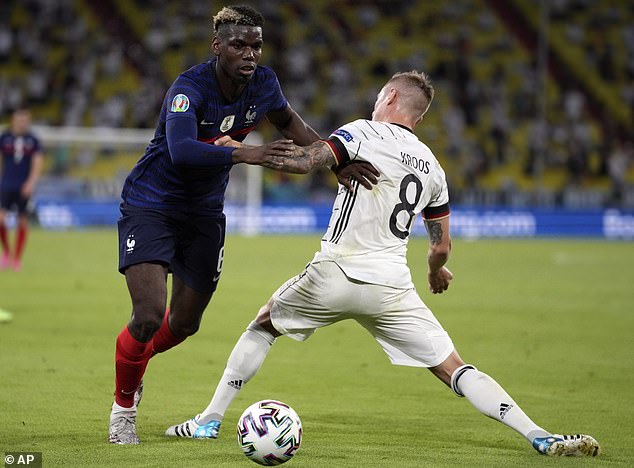 Germany are good, of course, will improve and may feel they ultimately deserved more given their second-half rally, but these felt two countries at different stages of their development.

Joachim Low talked in the build-up of working on strategies and how his squad were progressing in training. No such chat from Deschamps, who knows the vast majority of France’s collective are already au fait with the intricacies of their game plan.

It is the sort of plan that unlocks Pogba, who was imperious to the right of a three. The pass for the first goal – eventually speared into his own net by Mats Hummels – was sublime and there were countless others.

This is not a free role he is afforded, there is plenty of defensive diligence required of the Manchester United man, yet France set up to manoeuvre him into spots that will unsettle any opposition and that cohesion sets them apart at the end of the opening salvos. Handy that they own geniuses too.