An accused drug lord who was found hiding in the back of a truck during a dramatic border arrest has been hit with a new outstanding arrest warrant charge after returning to Sydney in shackles.

Mostafa Baluch’s desperate bid for freedom ended when he was found hiding in a grey Mercedes in a shipping container at the Queensland/ NSW border on Wednesday morning.

Baluch – who is facing charges over a 900kg haul of cocaine – allegedly went on the run from police for 16 days after cutting off his ankle monitor while on bail and sparking ‘one of the largest fugitive hunts in the country’.

NSW Police have since charged Baluch – who is expected to face Sydney’s Central Local Court on Friday – with an outstanding arrest warrant.

Baluch finally left the Southport watchhouse around 1pm on Thursday under heavy police guard for his long-awaited return to NSW.

He scowled as he was escorted onto a waiting police plane, shoeless and wearing green prison-issue clothing.

The accused drug lord then landed in a small PolAir6 – a Cessna Grand Caravan – at Bankstown Airport on Thursday evening, with images from the runway showing him being led off the plane in shackles. 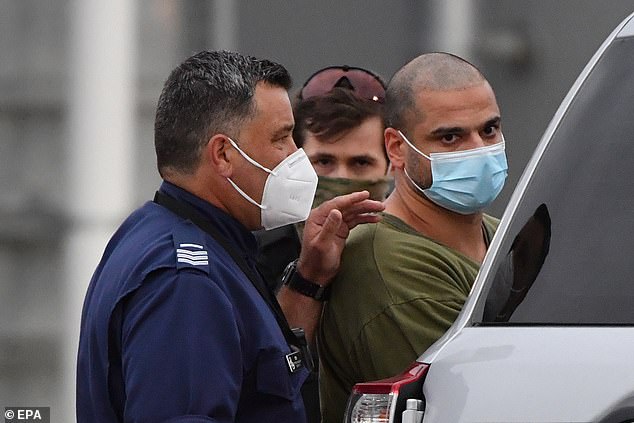 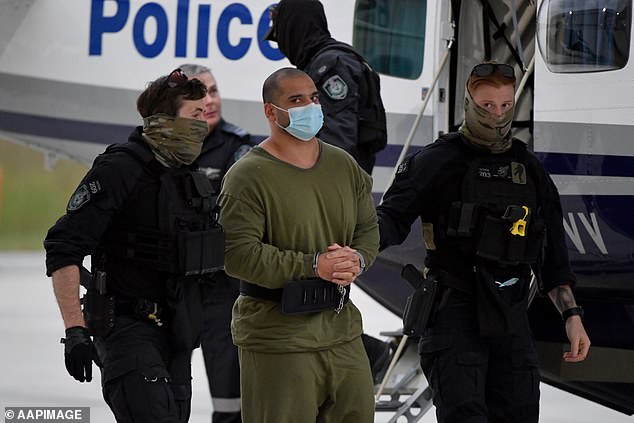 He was escorted to Coolangatta Airport by Tactical Police Officers and then flown to Bankstown Airport.

Baluch has sine been transferred to the Metropolitan Remand and Reception Centre where he will face further charges by Organised Crime Squad detectives.

He is accused of attempting to import more than 900kg shipment of cocaine into Australia with a street value of $270million.

The alleged kingpin appeared sullen as he was driven from the Southport Watchhouse in handcuffs after being extradited from Queensland to NSW.

An officer holding a clear bag of his belongings revealed Baluch had packed a Colgate toothbrush, a Nivea moisturiser, deodorant and a few disposable razors.

A piece of Adidas clothing with the $59.99 tag still attached was also in the bag, as well as his drivers license and bizarrely, a pack of Maggi noodles.

A scrawled note on the side of the clear bag read: ‘Watch and cash in safe’. 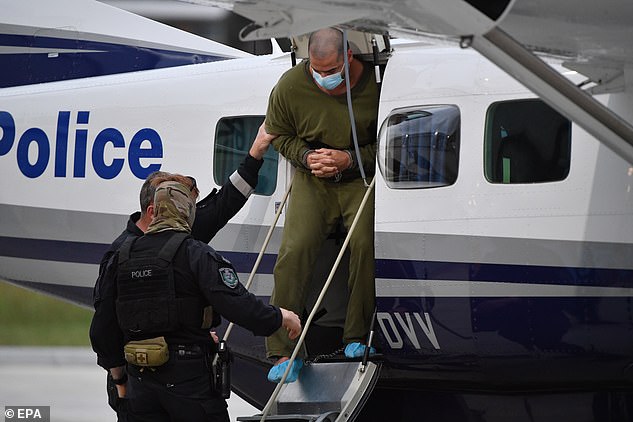 He is accused of attempting to import more than 900kg shipment of cocaine into Australia with a street value of $270million (pictured, disembarking a plane at Bankstown Airport) 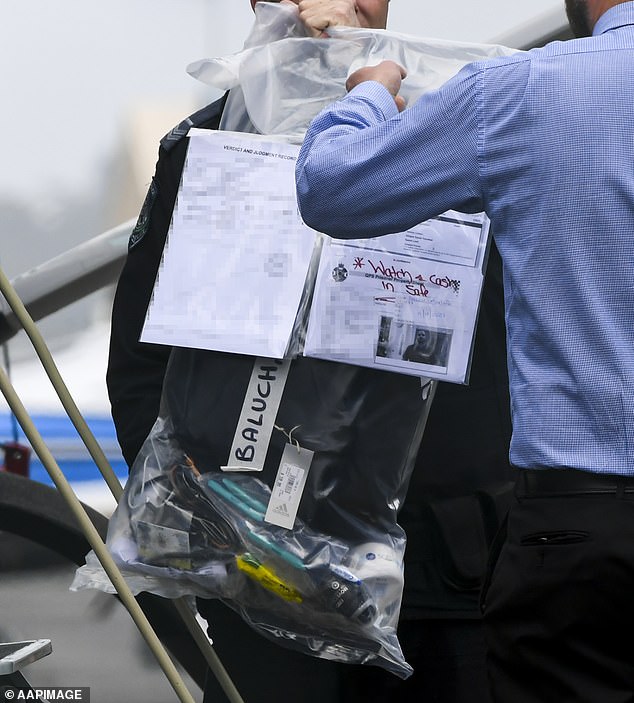 An officer holding a clear bag of his belongings revealed Baluch had packed a Colgate toothbrush, a Nivea moisturiser, deodorant and a few disposable razors (pictured) 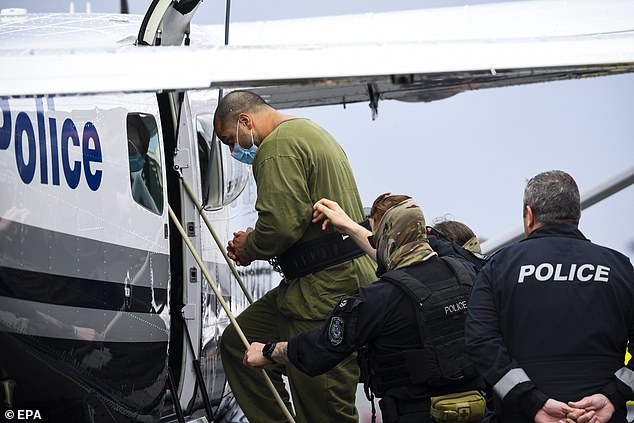 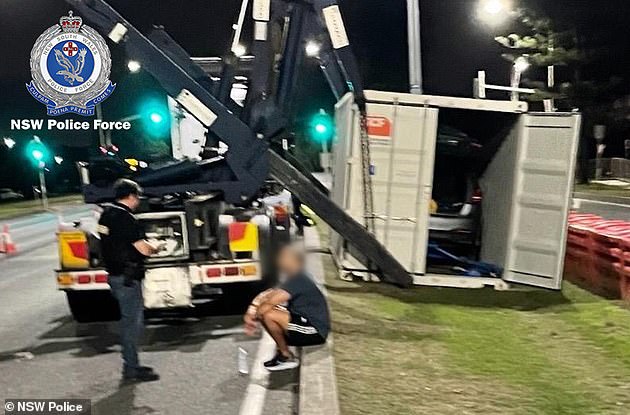 He is expected to face Sydney’s Central Local Court on Friday.

Before his arrest on Wednesday, he was last seen in Bayview on Sydney’s northern beaches on October 25, days after being granted bail.

He was released on strict conditions, including $4 million surety on his waterfront home at Bayview.

Queensland officers searched dozens of trucks in the days leading up to the arrest, zeroing in on the transport after noticing the container wasn’t properly secured.

As he is unvaccinated against Covid, Baluch remained in isolation for his extradition hearing on Thursday and listened to the proceedings by speakerphone.

The only words he said during the hearing were ‘yes, I can hear you’ when asked to confirm he was there, NCA NewsWire reported.

Lawyer Nicholas Andrews consented to the extradition application without objection, with Baluch expected to return to Sydney later in the day.

‘He seems to be in good spirits and doing about as well as anyone who finds themselves in this sort of situation.’ 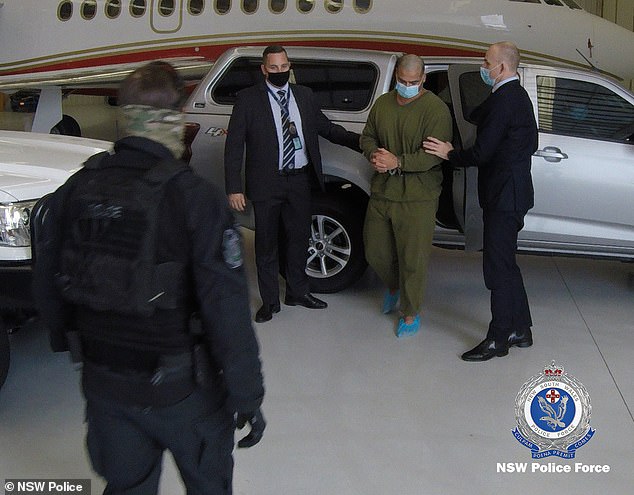 Baluch will also face charges over his alleged breach of bail.

The man who was driving the truck in which Baluch was found – who police say owns a transport company – was also arrested.

The 46-year-old has been charged with doing an act intended to pervert the course of justice and denied bail.

A photo released by police shows Baluch dressed in a T-shirt and shorts sitting on the side of the road moments after his dramatic arrest.

‘He had a lot of help but there were a lot of people against him,’ Det Supt Crichlow said.

‘The community have turned the criminal element against him. He attracted a lot of attention and it’s caused impacts for people he knows. 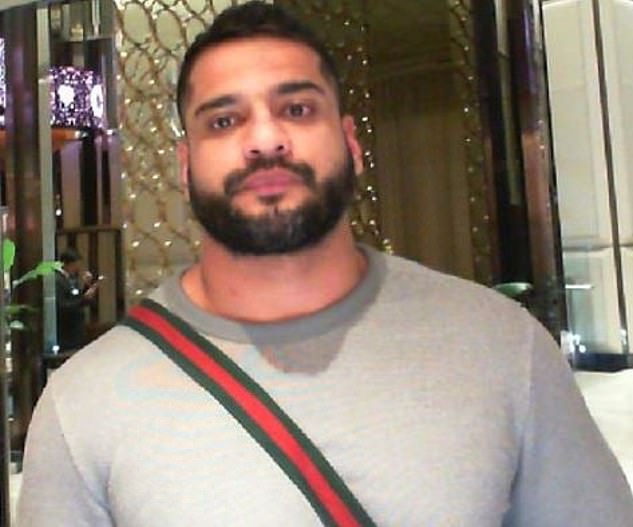 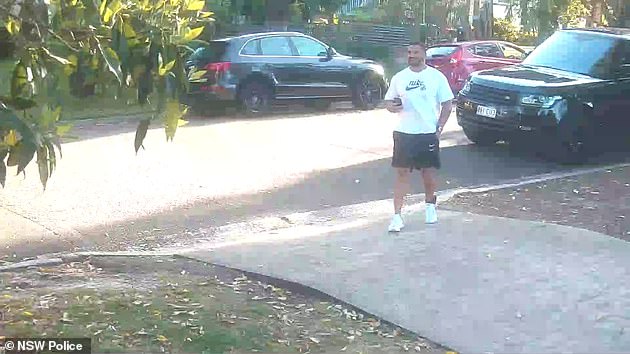 Baluch pictured outside his home in Mona Vale on October 25, just hours before the alleged international drug lord disappeared

‘We will look at everybody he knows and everybody he talks to and we have and we’ve achieved excellent results. We’ll continue with that.’

Police left no stone unturned in their quest to ensure Baluch didn’t flee the country.

‘We didn’t want to leave any opportunities for this man to flee,’ Det Supt Crichlow said.

‘We knew people overseas were waiting for him to come and join with them. That was a great concern. As the commander said, high-end targets live overseas and that causes enormous harm to Australians. So we were determined he wouldn’t leave Australia.’ 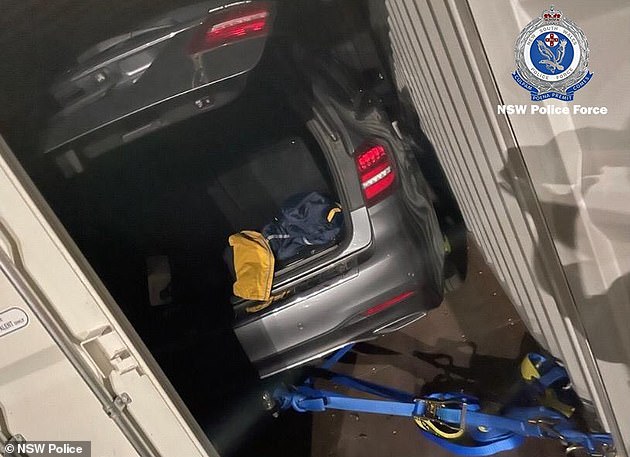 HOW THE COPS CAUGHT BALUCH

2020:  Mostafa Baluch was arrested as part of an investigation into an alleged organised crime sting plotting to supply three tonnes of cocaine in NSW. Detectives started the investigation after receiving a tip about a person gambling a huge amount of money at the Star Casino. The betting was flagged as potential money laundering and kicked off an investigation that eventually became focused on drug trafficking.

June 2021: Charged with drug offences when his Bayview home on Sydney’s northern beaches was raided

October 22, 2021: He was granted bail on several conditions and was forced to wear an ankle monitor

October 26, 2021: Baluch was due to face court but didn’t arrive. Police believe they spotted Baluch in the backseat of a black Range Rover as it travelled east on the M4 at Croydon.

November 4: Police raid homes in Potts Hill and Yagoona in Sydney’s south-west in their manhunt for Baluch. They seized more than $250,000 cash, about 200 grams of cocaine, 485 grams of an unknown substance, mobile phones, and an electronic money counter

November 5: Organised Crime Squad Commander Detective Superintendent Rob Crichlow says police are closing in on the hunt to find the fugitive and believed he was still in NSW.

November 10: Baluch is captured by police on the NSW/Queensland border when police intercepted a truck. Baluch was found hiding in the boot of a Mercedes SUV in a shipping container on the back of the truck.