Gareth Southgate has called on his ‘immense’ England heroes to continue making history after clinching a Euros quarter-final spot with a euphoric win over Germany.

Raheem Sterling and Harry Kane sent Wembley into a frenzy with two second half goals to secure a historic win over Joachim Low’s side – England’s first over Germany in a major tournament knockout game since the World Cup final in 1966.

And Southgate waxed lyrical about his players after the famous win, saying: ‘The players were immense right the way through the team – the fans were behind every challenge, every time we pressed the ball, every run. The energy in the stadium was incredible. 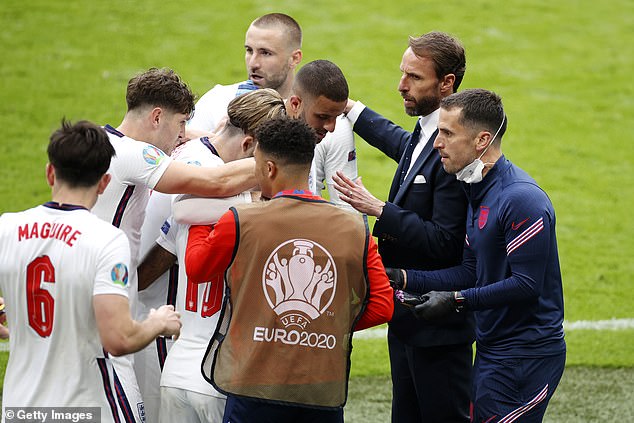 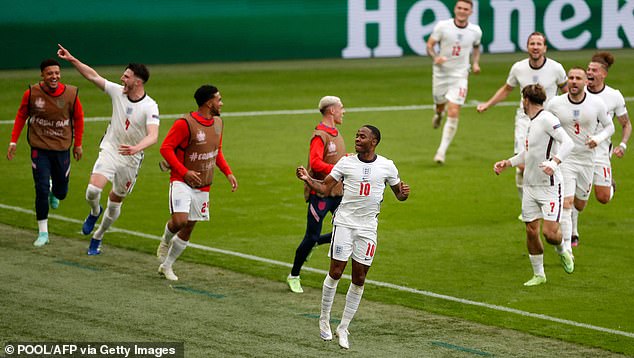 ‘So to send them home like that…to know so many millions of people can have that enjoyment is very special.

‘The level of performance was really important – we were playing a team with four World Cup winners and a manager who has had an incredible career.

‘We know there has always been questions about us against big nations – we knew they would dictate certain parts of the game. We will always have passion and heart but what pleased me the most was we played with brains.

‘Today is a big result – these players keep writing history and we’ve got the chance again. We’ve only made one European Championship semi final – so have the chance to do something special. 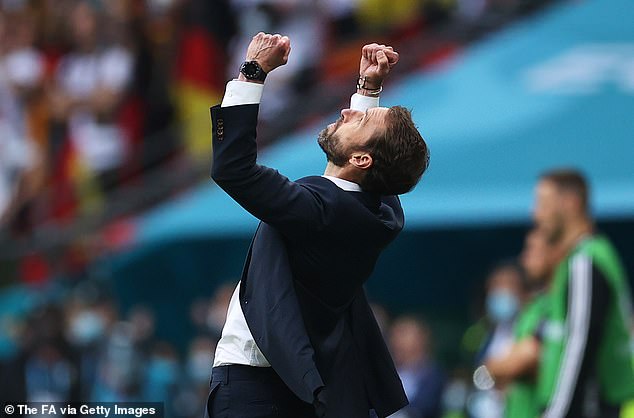 ‘What this group of players has been able to do is give a lot of people some very happy memories – this is another afternoon where we’ve made a bit of history, we’ve done a bit of that over the last four years.

‘The players don’t need to feel the burden of the past – it’s a fresh outlook for them. What they can do is change all that and have the mindset of it being a challenge rather than being fear.

‘They took that challenge on today and played in that way – that’s what we have to continue doing.’ 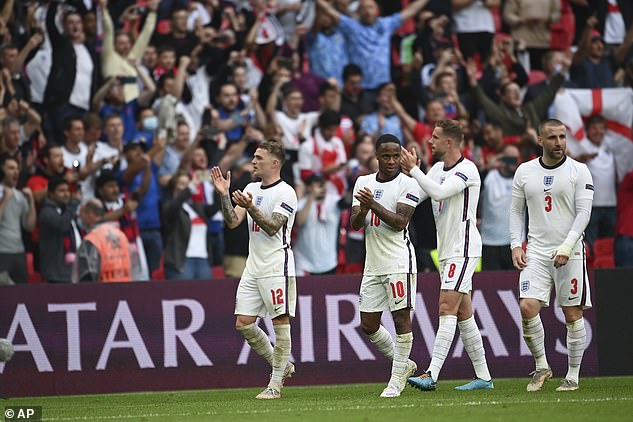 But amid the elation of Tuesday night, Southgate was quick to fire a warning to his side ahead of Saturday’s quarter-final in Rome.

‘The players don’t need me to say it, when we got in dressing room we were talking about Saturday already,’ added the England boss.

‘Tonight was an immense performance, but emotionally and physically it came at a cost. We have to be sure we recover well and make sure we are in the right space. 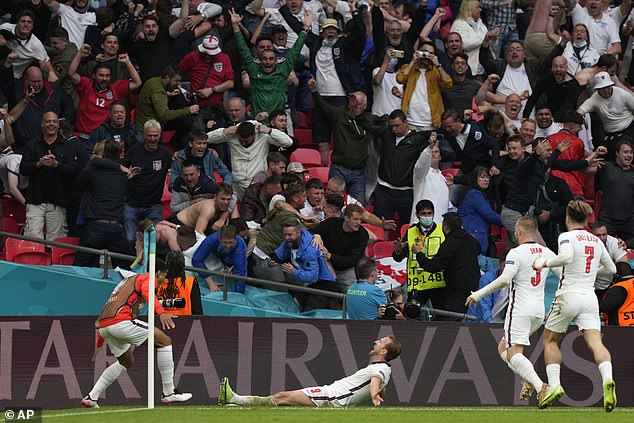 ‘It’s a dangerous moment for us, we will have the warmth of success and the feeling around the country that we only have to turn up to win the thing – but we know it’s going to be an immense challenge from here on.

‘The players know that, they have been to latter stages of a tournament before and know how difficult it’s been – so their feet are on the floor.

‘They should feel confident from the way they have played and manner but we came with an intention and not achieved that yet.’