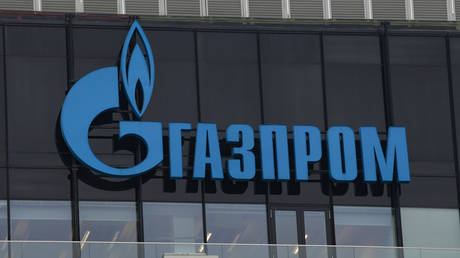 With gas prices soaring throughout Europe, Russian energy giant Gazprom has revealed a net profit for the first nine months of 2021 of $21 billion, a new record for the company over the first three quarters of a year.

The promising Q3 result, a record quarterly net profit of $7.8 billion, comes as the result of high natural gas prices and a 10% decrease in net debt. Last year, the same time period cost the company $3.3 billion.

Energy prices in Europe have skyrocketed, with an ever-increasing demand being met by tight supply. The cost of gas increased even further at the start of October, meaning the company is expecting to see even better results in the fourth quarter.

When prices began to soar in late September, some Western analysts accused Moscow of keeping supplies artificially low as a means to boost the price and speed up the opening of the controversial Nord Stream 2 pipeline, which will send gas directly from Russia to Germany, bypassing third-party countries that demand a transit fee.

READ MORE: Russia is fulfilling ALL its contractual obligations for gas orders & is NOT to blame for soaring prices, Germany’s Merkel says

Moscow denied all accusations of foul play, and some foreign leaders, such as Germany’s Chancellor Angela Merkel confirmed that Russia was fulfilling all of its contracts. Frans Timmermans, the deputy head of the European Commission, also suggested that there was no reason to believe Russia was “putting pressure on the market or manipulating it.”