Joachim Low’s sad eyes of resignation stared out from the front pages at breakfast, and again from the television screens at lunchtime, as Germany came to terms with the end of an era.

‘A bitter farewell,’ read one headline amid photographs of anguished fans and players from Wembley.

They are not accustomed to crashing out at this stage and yet there appeared no real appetite to rip into the manager, even if the consensus was that Low had stayed too long. 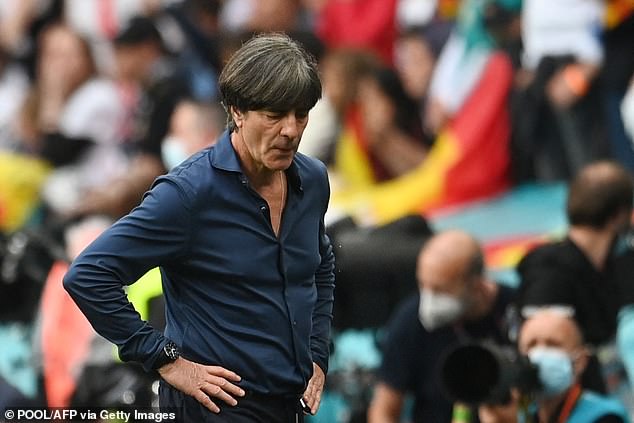 They reflected on Jordan Pickford’s saves from Timo Werner and Kai Havertz and the huge miss by Thomas Muller.

And they looked to the future under new boss Hansi Flick, featuring the new generation of players like Jamal Musiala.

Low addressed the squad and staff and said his goodbyes when they returned to Germany’s base camp in the early hours of Wednesday. The players drifted away later in the morning as he settled into his final press conference alongside Oliver Bierhoff, the team director.

‘Many moments I have saved in my heart,’ said Low, who took control in 2006 after two years as assistant to Jurgen Klinsmann and won Germany’s fourth World Cup in 2014. 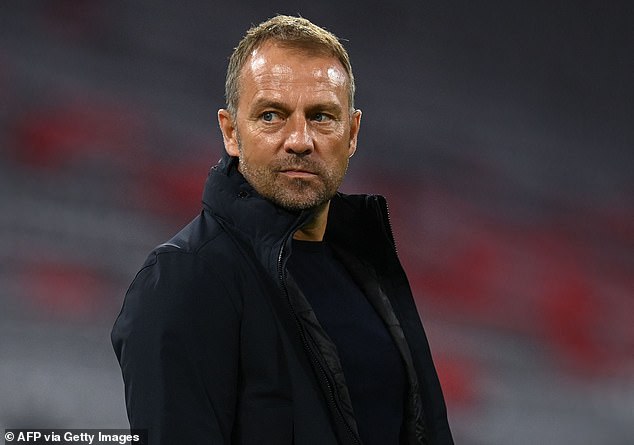 ‘Not just the moments but the time together. We have experienced a lot. We have been the benchmark for a long time and have won many, many fans with our football.

‘I am at peace and made the decision (to leave) for myself a long time ago.’

Low praised his team for their ‘ambition’ and ‘spirit’ in Euro 2020 but admitted: ‘In the end, something was missing in some moments.

‘Not just against England. You could feel it before against Portugal, when we got into trouble again, or against Hungary, when we immediately conceded after scoring the equaliser, but that can also help the next tournaments.’ 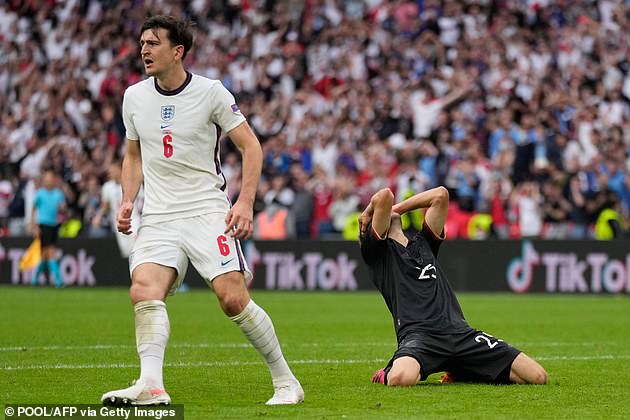 Flick is expected to build a new team for next year’s World Cup in Qatar with a view to Euro 2024 in Germany, but there are fears about the production line of young players similar to those evident in England a decade ago.

‘These are trends I have been addressing for a long time,’ said Bierhoff.

‘If we look at 2024 then Havertz has taken the next step, we have Serge Gnabry, Joshua Kimmich and Musiala, but we look with concern.

‘It is the task of German football in general to have more good players available.’