After an explosive first week of evidence, the Independent Commission Against Corruption has begun the second week of its probe into former NSW premier Gladys Berejiklian on Monday.

Peter Minucos, a former adviser to the ex-deputy premier John Barilaro, is giving evidence and will be followed by Mr Barilaro himself.

The ICAC is investigating if Ms Berejiklian was ‘liable to allow or encourage the occurrence of corrupt conduct’ by former Liberal MP Daryl Maguire, with whom she was in a ‘close personal relationship’ between 2015 and 2018.

As the inquiry gets closer to Ms Berejiklian’s public testimony, which is set to begin on Thursday, the stakes get higher. 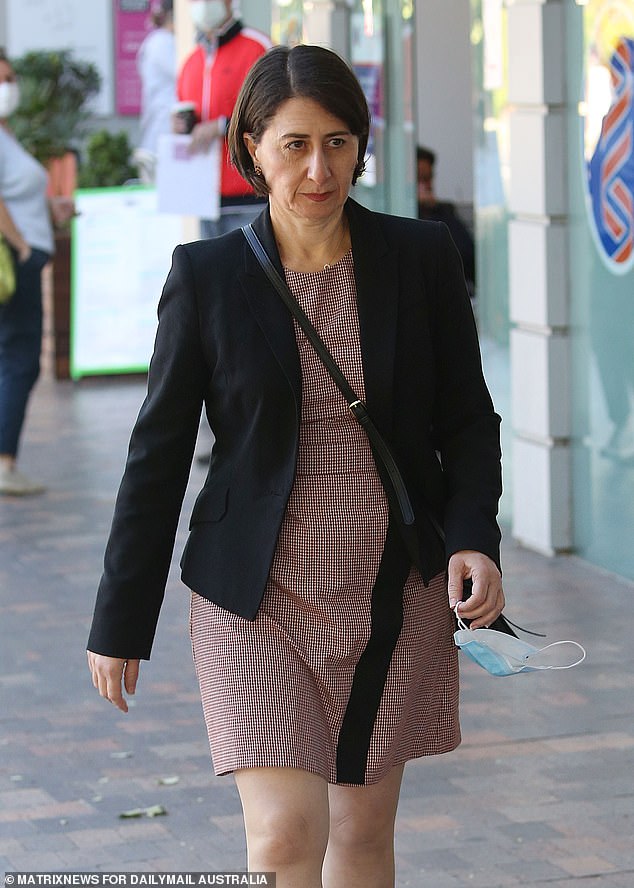 Public servant Chris Hanger told the ICAC last Thursday that Mr Minucos was a key figure in developing a business case for the a facilities upgrade at the Australia Clay Target Association (ACTA).

ACTA is located in Mr Maguire’s former electorate of Wagga Wagga and he was a keen backer of it getting state funding of $5.5million.

On Monday morning, Mr Minucos was asked by ICAC counsel Scott Robertson if he understood the money for ACTA was guaranteed by January 2017, or contingent on that business case. 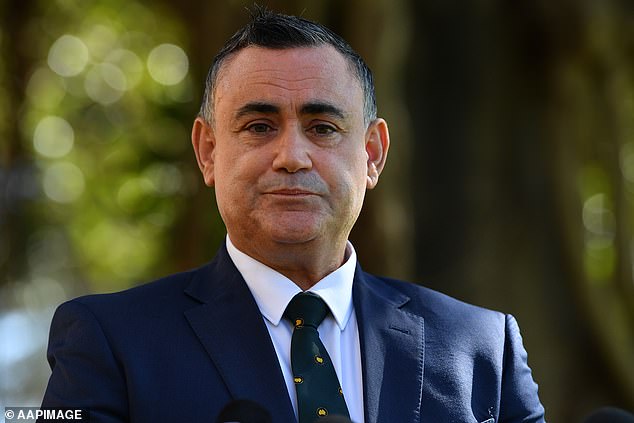 Last week’s evidence was at times excruciating, not least for the former premier, who again saw her private and public life scrutinised in minute detail.

She had previously declared that two of her cousins worked for the NSW public service and also disclosed meeting someone at a function.

Declaring a potential conflict of interest was also something the then state premier Mike Baird expected and called for at every cabinet meeting, as ICAC heard last week. 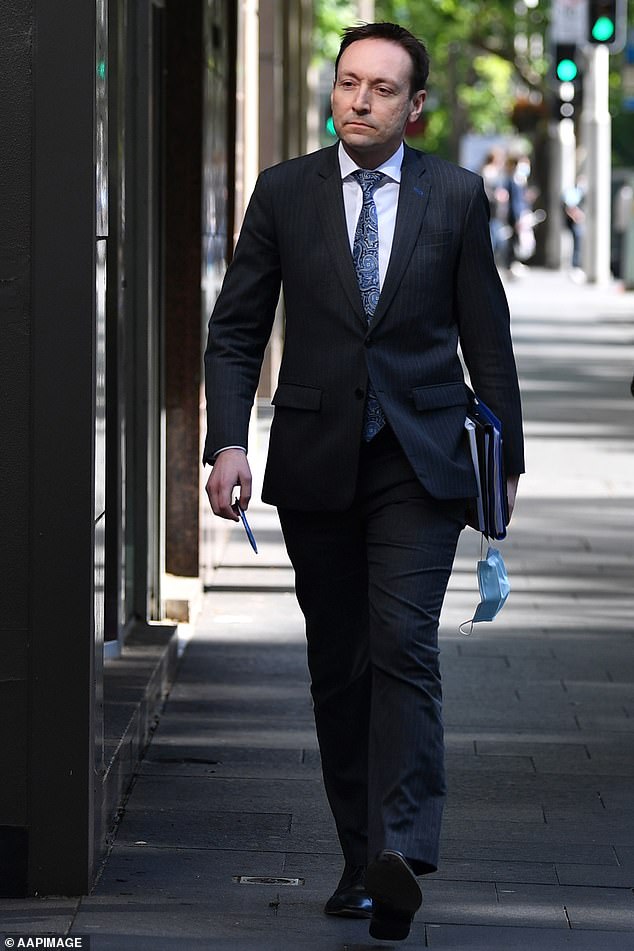 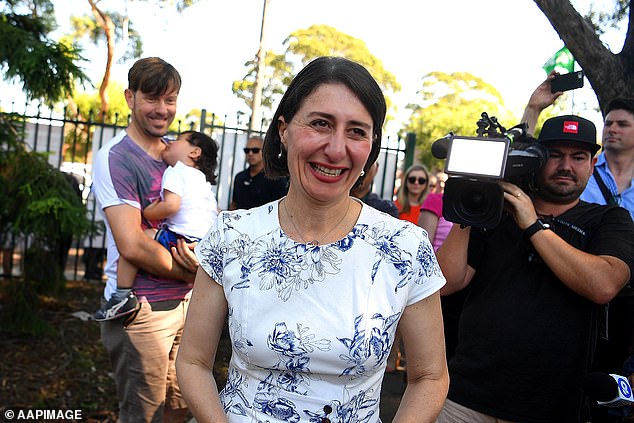 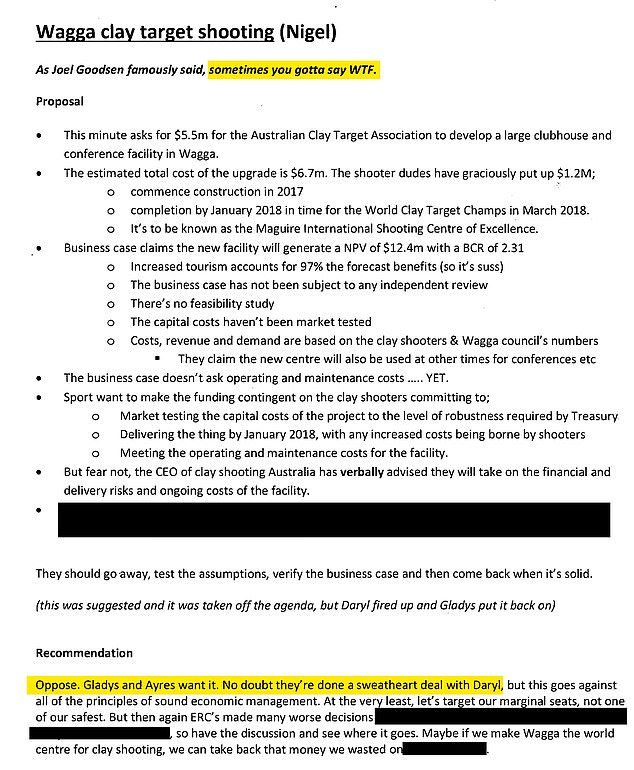 Mr Baird said the first he heard of Ms Berejiklian and Mr Maguire’s relationship was ‘when it was revealed here (at ICAC) about a year ago,’ he said, adding that he was ‘incredulous’ when he heard it. 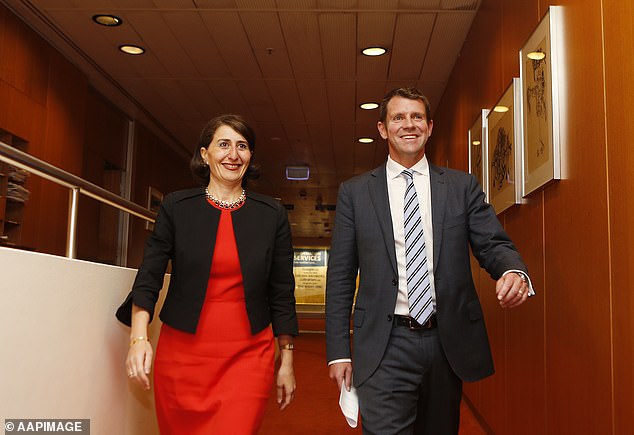 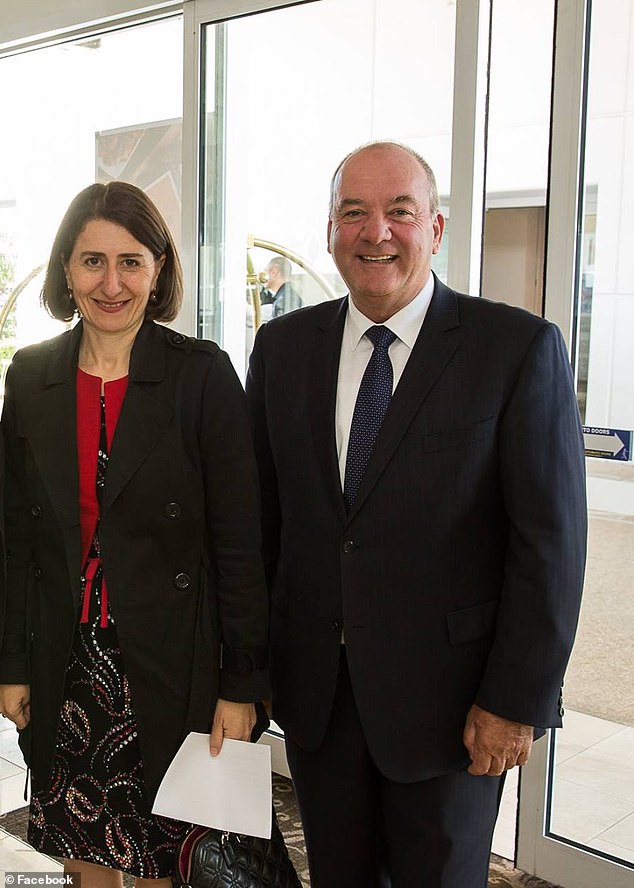 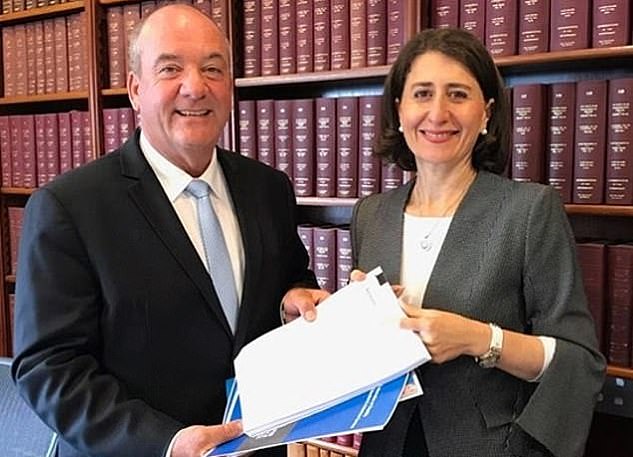