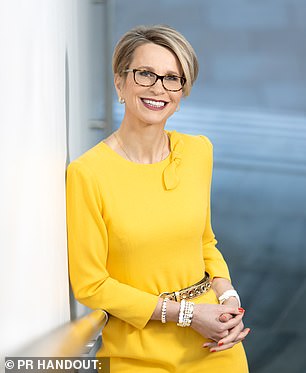 GlaxoSmithKline is getting ready to kick off human trials of an HIV cure as its boss mounts a fight-back against activist investors.

The British drugs titan, which hopes to start ground-breaking trials as soon as next summer, will today provide an update to the City on its potential cure for the disease.

It is the latest move in GSK’s battle with its activist investors. Earlier this month it announced a triple whammy of good news, as reported by the Daily Mail, when it received UK approval for a separate long-lasting HIV drug, signed a £743m contract with the US for Covid treatments, and won EU backing to put its asthma jab to further uses.

The hedge fund has criticised the running of GSK’s HIV business, saying it was ‘often met with a shrug’ by investors who worried that it would fall ‘off a cliff’ when the exclusivity period on one of its current drugs expires over the next eight years.

And Elliott has taken aim at Walmsley, who wants to run GSK’s pharma business after it splits from its consumer arm, saying she should have to reapply for the job.

At today’s investor presentation, GSK’s HIV division Viiv will attempt to prove its worth as it updates them on the progress it has made on a potential cure.