Elise Stefanik announced Saturday she is pregnant with her first child – just three weeks after she was voted in as Republican Conference chairwoman.

‘We are absolutely overjoyed to announce that our small family of 2 will soon be 3!’ the New York congresswoman wrote on her personal Twitter account.

‘We’re excited to share that we are expecting a baby this fall & we cannot wait to meet our precious bundle of joy. Thank you for the warm wishes from so many. We are truly blessed.’

The note was signed off by Stefanik, 36, and her husband of nearly four years, Matthew Manda, 38. 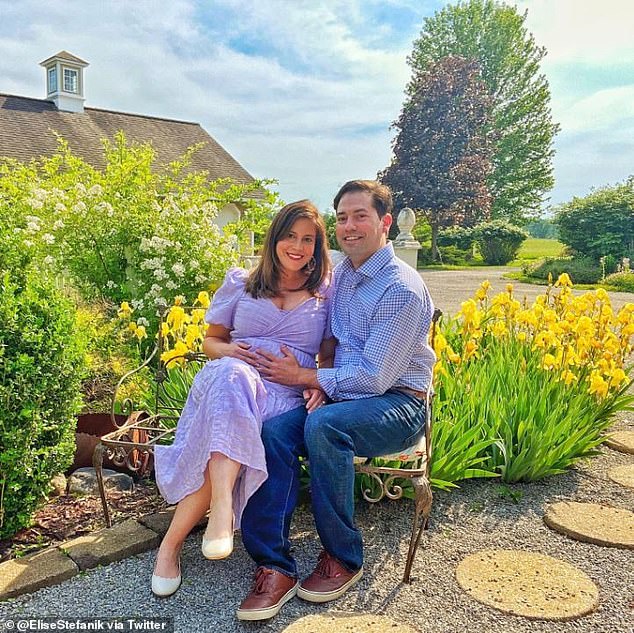 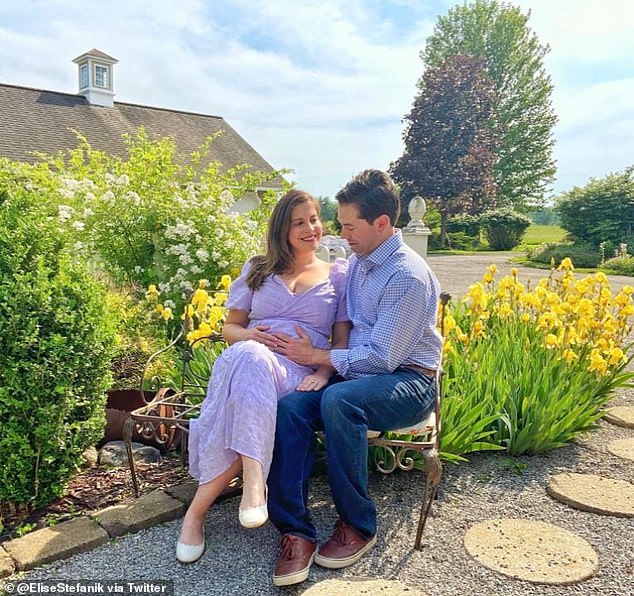 Stefanik, who represents New York’s 21st congressional district, also included two images flaunting her baby bump while sitting alongside her husband outside on a bench.

The announcement comes less than a month after she was voted in as chairwoman of the House Republican Conference. 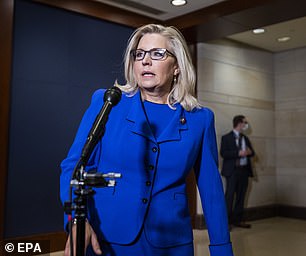 Announcement came three weeks after Stefanik was voted in to the No. 3 House GOP leadership post after Liz Cheney (pictured) was ousted as conference chair

She took over for former chairwoman Liz Cheney after she was ousted for voting for Donald Trump’s second impeachment in January 2021 and repeatedly speaking out against him since then.

Stefanik garnered the support of other GOP leadership, including Minority Leader Kevin McCarthy and Minority Whip Steve Scalise, to rise to the No. 3 leadership position.

Although Stefanik has a less conservative voting record than Cheney, she did vote against Trump’s impeachment, and was one of his biggest defenders, and voted to object to the 2020 presidential election results on January 6.

Cheney’s ouster and Stefanik taking the spot further exhibits the GOP’s reliance on the former president for the future of the party and taking back a majority in Congress in the 2022 midterm elections.