Great Britain overcame a difficult start to defeat the Czech Republic and book their place in the Davis Cup quarter-finals.

Victory over France on Saturday put Leon Smith’s side in a strong position in Group C but the three-rubber format now played in the finals event leaves little room for error.

Dan Evans’ 6-2, 7-5 defeat by Tomas Machac therefore put the pressure on his team-mates but they were able to deliver, with Cameron Norrie defeating Jiri Lehecka 6-1, 2-6, 6-1 before Joe Salisbury and Neal Skupski won the deciding doubles 6-4, 6-2 against Machac and Jiri Vesely. 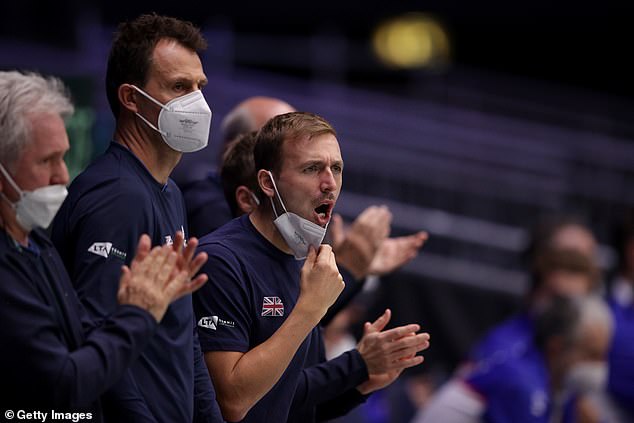 Great Britain have progressed to the Davis Cup quarter-finals, where they will face Germany 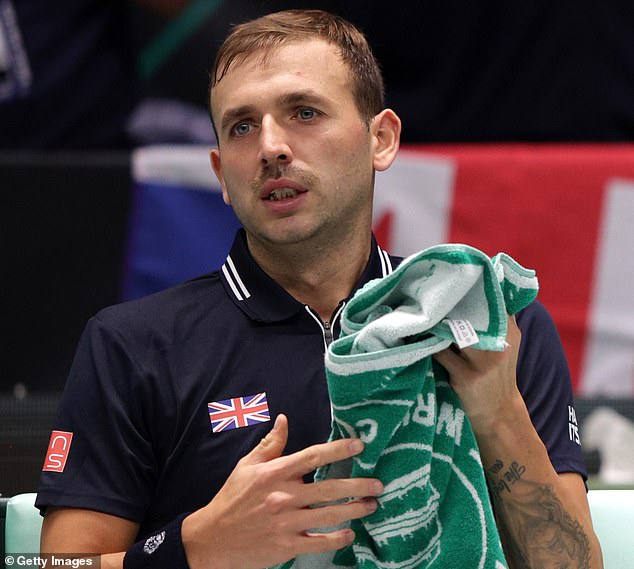 The victory means Britain stay in the quiet of locked-down Innsbruck for a quarter-final on Tuesday, which is likely to be a repeat of the 2019 clash with Germany, where Smith’s side came out on top.

Machac is ranked more than 100 places below Evans but is on the rise and showed what a danger he could be by beating France’s Richard Gasquet on Thursday.

The 21-year-old played a sublime first set but, after smashing his racket and dropping serve in the opening game of the second, Evans worked his way back into the match and led 5-2.

He played a horror game serving for the set at 5-3, though, and Machac reeled off five games in a row to clinch the biggest victory of his career. 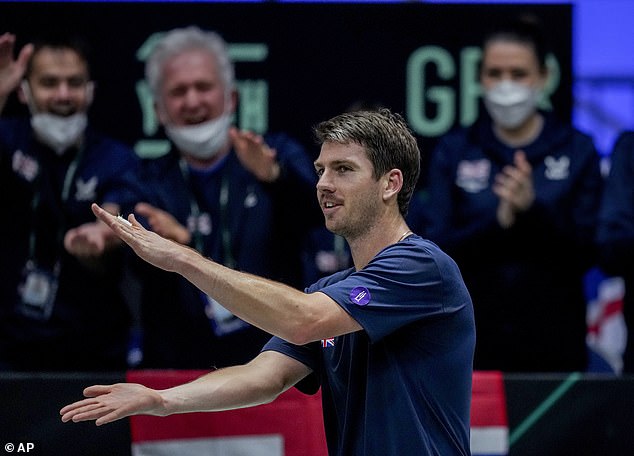 But British number one Cameron Norrie defeated Jiri Lehecka 6-1, 2-6, 6-1 to level up the tie

Evans talked on Saturday about his role of setting the tie up for the team, and he was left disappointed, saying: ‘It was a difficult match. He played well. I didn’t play so well. Got myself in a winning position in the second set and didn’t take it. A bit indecisive really.

‘But the Czech Republic are always very tough in Davis Cup. They’ve always got a lot of passion, always play well. I knew they were going to be good.’

That left Britain under pressure, and Norrie certainly did not have things all his own way against 20-year-old Lehecka despite a dominant opening set.

The British number one lost his way in the second set and his young opponent took full advantage but Norrie’s well of confidence is very deep after such a great season. 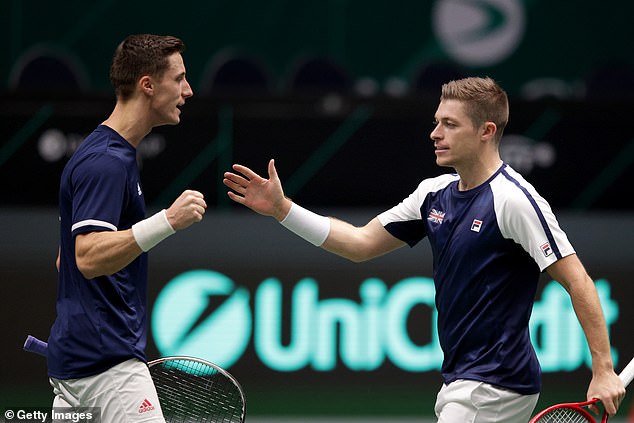 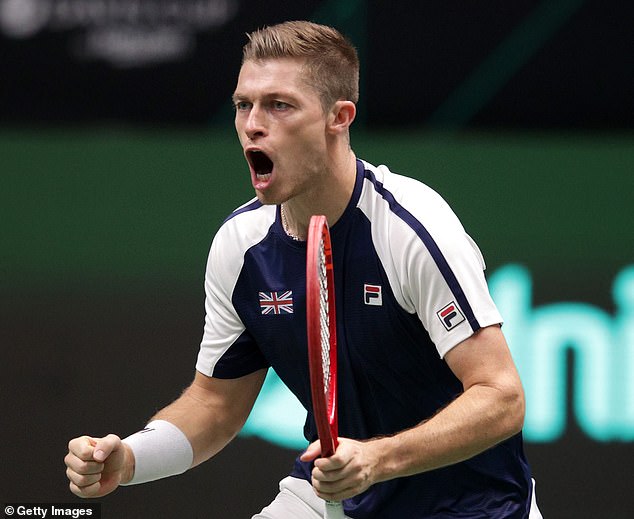 The key moments came early in the third, with Norrie saving a break point and then breaking Lehecka in a very long game before pulling away to claim victory.

Salisbury and Skupski were outplayed in the doubles by France but, with victory essential, were much sharper from the start here and took advantage of two double faults from Vesely to break for 5-4.

Salisbury in particular had seemed nervous on his debut on Saturday but he looked much more like a four-time grand slam champion here, showing superb net skills, and was backed up by a solid showing from Skupski.

They pulled ahead early in the second set and a turnaround was never on the cards, with the British team celebrating joyfully at the end.