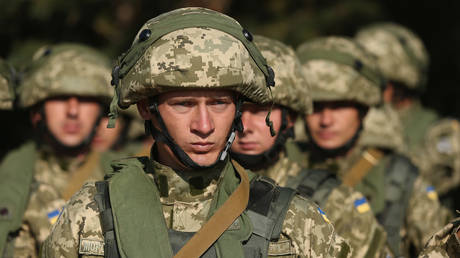 Ukraine has now stationed well over 100,000 troops and large quantities of hardware in the war-torn Donbass region, the Russian Foreign Ministry alleged on Wednesday morning, amid rising tensions.

Speaking at a briefing on Wednesday, diplomatic spokeswoman Maria Zakharova claimed that “the Armed Forces of Ukraine are increasing [their] military force, pulling heavy equipment and personnel.”

“According to some reports, the number of troops… in the conflict zone already reaches 125,000 people, and this, if anyone does not know, is half of the entire composition of the Armed Forces of Ukraine,” she said.