Germany boss Hansi Flick has launched a staunch defence of Joshua Kimmich, insisting the Bayern Munich star is not a Covid-19 ‘conspiracy theorist’.

The 26-year-old has faced a huge backlash in his home country after refusing the coronavirus vaccine because of ‘a lack of long-term studies’.

The Germany international came out last month to insist he is not an anti-vaxxer, but claimed it should be an individual decision and added that he is continuing to follow hygiene measures. 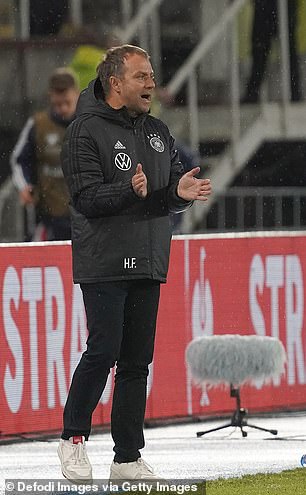 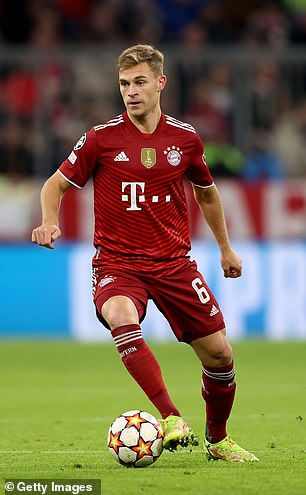 Club and international team-mate Thomas Muller said last month that he respects Kimmich’s decision not to be vaccinated but hopes he will change his mind.

Now the versatile star has received backing from his national team boss, who himself has been vaccinated and helped launch the German FA’s vaccination campaign back in September.

‘I’m vaccinated and I supported the DFB’s vaccination campaign out of conviction,’ Flick told Frankfurter Allgemeine after naming Kimmich in his 27-man squad for Germany’s World Cup qualifiers against Liechtenstein and Armenia next week.

‘It would be ideal if every player was vaccinated. But for me, limits are crossed when people are insulted and put in a certain corner where they don’t belong. 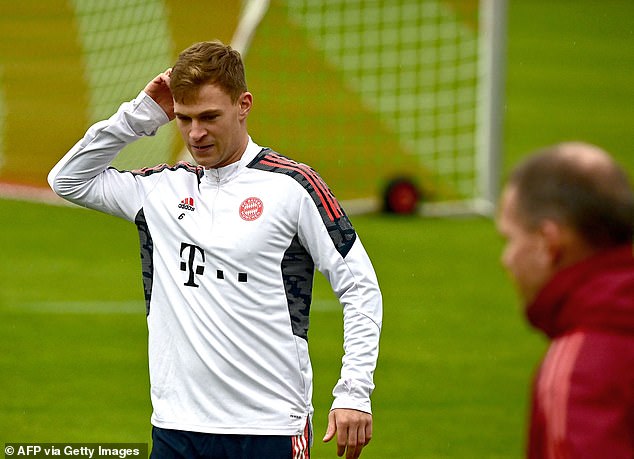 ‘Even though Jo is unvaccinated, he is not a Covid denier. He does not belong to lateral thinkers and conspiracy theorists.

‘Anyone who knows Jo knows how he is. He questions everything, he is very interested, always wants to know and understand all the interrelationships.

‘Sometimes it takes him a while until he has finally formed his opinion. He still has some question marks, because he wants to know everything precisely.’

Kimmich has faced plenty of criticism from health experts back in Germany following his decision.

The head of Germany’s expert panel on vaccine use, Thomas Mertens, said: ‘Joshua Kimmich is certainly a recognised expert on football issues, but not an expert on vaccination.’ 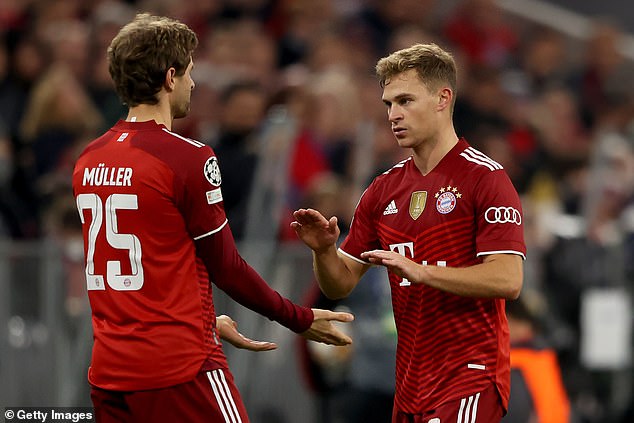 Even former Bayern CEO Karl-Heinz Rummenigge weighed in to the debate, telling Mundo Deportivo: ‘First of all, I would like to tell Kimmich that as a Bundesliga player he is a role model.

‘I know him too as a great person. Of course, it was a surprise that he was not vaccinated. That has now led to a huge discussion.

‘In February this year I suggested that it would be wise to vaccinate footballers as soon as possible, as they are role models for everyone else. That is why I have been horribly criticised. Now it has changed a bit.

‘What Joshua does is very responsible because what he does is wait to see if there are any long-term side effects for himself, but as a role model, it would be better if he was vaccinated.

‘I am convinced that he will soon be vaccinated because he is a totally responsible player.’ 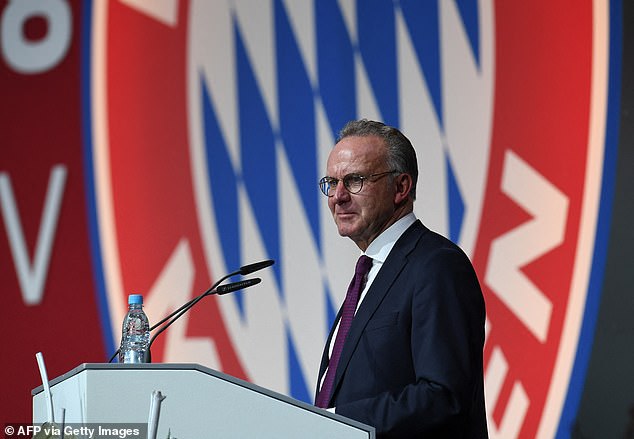 ‘As a teammate, and if you also look a little at what might be better for everyone… my opinion is perhaps that the vaccination would be better.’

In March 2020, Kimmich, along with Bayern team-mate Leon Goretzka, co-founded an initiative called WeKickCorona, designed to support social and charitable organisations which help people struggling with the pandemic.

Kimmich told the initiative’s website: ‘Solidarity is necessary because health is the most important thing, everyone can help.’

Sky Sport asked Kimmich why he doesn’t practice what he preaches with regards to being vaccinated.

Kimmich said: ‘That doesn’t mean I don’t practice what I preach. We’ve donated money to Unicef so that they can make vaccines available in countries with no access to vaccines. If people decide they want to get vaccinated, we should do all we can to ensure that they can.’

Kimmich says that not being vaccinated doesn’t make an individual an anti-vaxxer. He added that it is possible that he could be vaccinated in the future.

He said: ‘I find it a shame that there is only vaccinated and non-vaccinated in this debate. Non-vaccinated then seems to equal corona denier or anti-vaxxer.

‘But there are other people who just have concerns, whatever their reasons, and I think we should respect that as long as they also stick to the measures.

‘I’m not saying categorically that I won’t get vaccinated, I just still have some concerns. It is absolutely possible that I will get vaccinated in future.’