‘You’re going to heaven tonight’: Last words babysitter said to son before stabbing him 100 times and killing girl, 5, and two dogs before fleeing to local church

Before she killed her son and the little girl she was supposed to be babysitting, prosecutors say that  Elzbieta M. Plackowska, 40, told them they were going to heaven and to get down on their knees and pray.

Police found Plackowska covered in blood inside a suburban Naperville, Illinois, home and after extensive questioning, she allegedly told police that she murdered her son Justin, 7, and his friend Olivia Dworakowski because they ‘had evil inside of them.’

Prosecutors before a judge this morning said that Plackowska was fighting with her husband and felt unappreciated as a babysitter, so she murdered the children in a fit of rage. 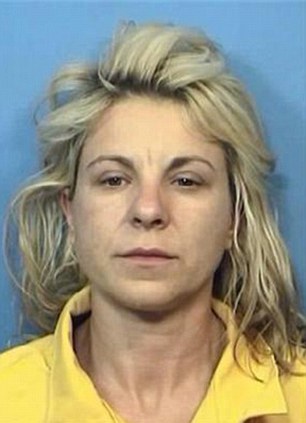 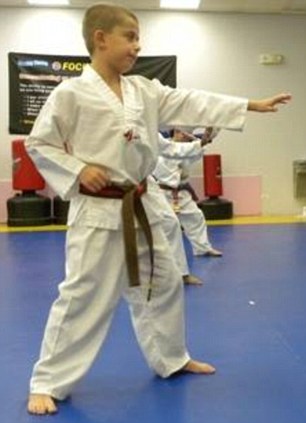 Murder charge: Elzbieta Plackowska and her son Justin (right), who was stabbed to death

‘She told Justin he was going to heaven tonight as she repeatedly stabbed him,’ DuPage County State’s Attorney Robert Berlin said to the court, according to the Daily Herald.

‘He begged her to stop and said he loved her.’

Mr Berlin described the scene that unfolded before the grisly murder, saying that the two children were jumping on their beds in Olivia’s home, where Plackowska was meant to be babysitting her.

The babysitter then ordered them to get down on the floor and pray before bed.

‘The children had evil inside of them,’ Plackowska allegedly told police.

Mr Berlin said she ‘was trying to drive the evil out of them. She said the devil was inside them.’

Both children’s throats were slit and Justin was found in a bed, Olivia on the floor. 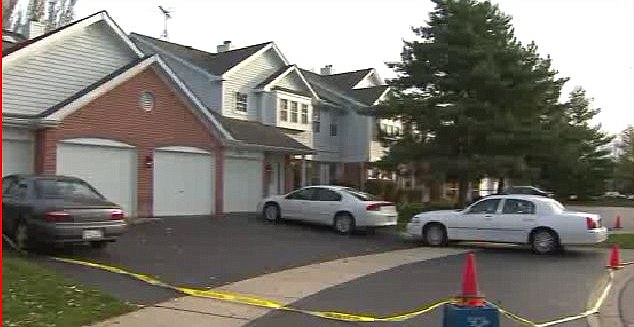 Crime scene: The gruesome discovery of the bloody murders was made at this suburban home in Illinois

She then went to a friend’s house and claimed someone had robbed her. Her friend was suspicious of the story because the details kept changing, Mr Berlin said.

Meanwhile, Olivia’s mother Marta Dworakowski, a nurse, called police because when she returned home from her night shift, Plackowska’s car wasn’t there and she could not get into the house.

Police were able to get inside the suburban home on Quin Court just after 10pm and found blood all over the hallway, leading them to the children’s bedroom.

‘Both victims had been stabbed numerous times,’ Mr Berlin said. ‘It appeared to police both victims’ throats had been slashed.’

Officers also found that the family’s two dogs were also stabbed to death.

When questioned by police, Plackowska told them several stories, including one in which a stalker attacked her own wrists. Eventually, they said, she admitted to killing the children.

She told them that she had been fighting with her husband Artur, a truck driver, about his work schedule and felt taken advantage of as a babysitter. The pair has a college age son as well who has not been named.

Sources told the Daily Herald that Plackowska had been stressed for several days following the death of her father and she was anxious to return to Poland, a decision her husband objected to.

Olivia was a kindergartner from Brookdale Elementary School and Justin attended Scott School in Naperville District 203.

Police say that Plackowska is on suicide watch at the jail after she was charged with two counts of first-degree murder.

‘In all my years in law enforcement, this was the most horrific and gruesome crime scene I have seen,’ Naperville Police Chief Robert Marshall said after the hearing today to the Chicago Tribune.

The tragedy comes less than a week after a New York City baby sitter allegedly stabbed to death two young children who were in her care before slashing her own throat and wrists in an attempt to take her life. 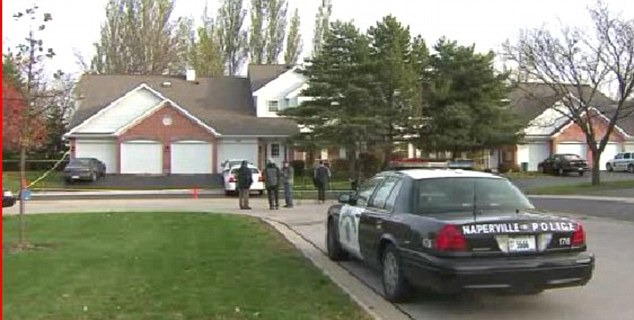 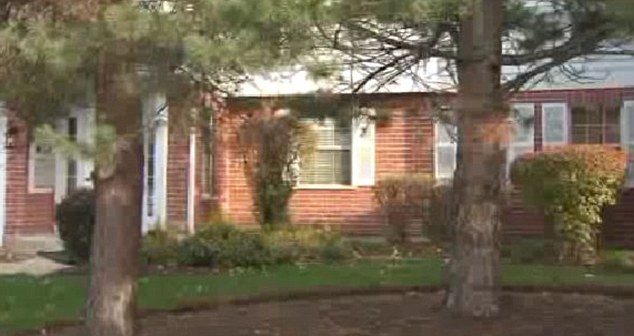