Peter FitzSimons has clashed with fellow media personality Stan Grant over an Australia Day barbecue hosted by FitzSimons and his wife Lisa Wilkinson.

Grant set his chapter in The Australian’s serialised murder mystery ‘Oh Matilda: Who Bloody Killed Her?’ at Wilkinson and FitzSimons’ annual harbourside party.

The yearly party is a real event, considered by some media celebrities a prized invitation on Sydney’s social calendar, and Grant found it rich pickings for satire.

‘What a woke leftie love-in that was: journos, actors, writers, couple of ex-Wallabies (well it was the North Shore), a few washed up politicians,’ he wrote.

‘Even a couple of Liberals (small l of course) and a former managing director of the ABC for good measure. 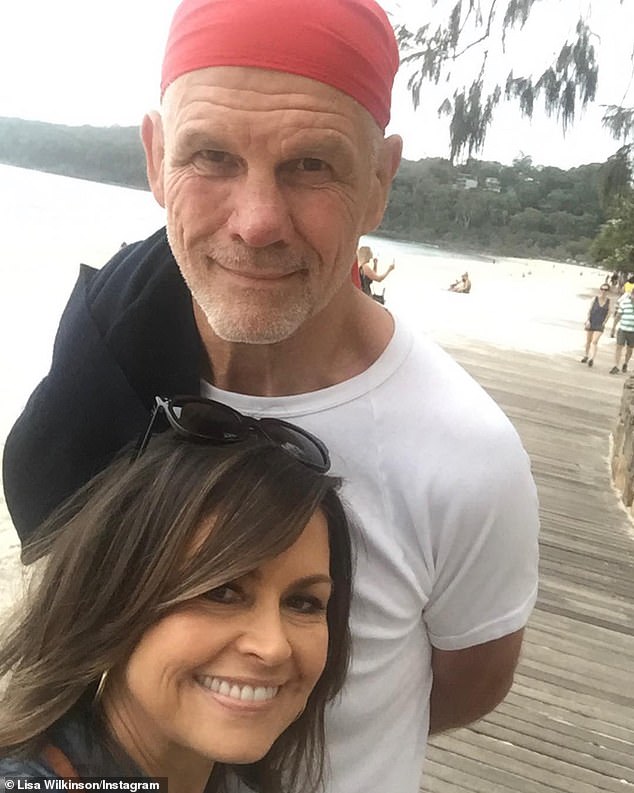 The Project’s Lisa Wilkinson (left) and her husband Peter FitzSimons (right) host an Australia Day barbecue on their North Shore property every year, which was satirised by fellow media personality Stan Grant in his serialised murder mystery ‘Oh Matilda : Who Bloody Killed Her?’

‘Everyone there voted yes for same-sex marriage – the year ­before last, they’d all tearily ­applauded their first gay married couple guests – they hated the Catholic Church and had cried when Kevin Rudd said sorry.’

In the chapter, fictional character Matilda Meadows jokes with a friend that the the party reminded them of a scene from Jordan Peele’s 2017 horror movie Get Out, in which the black protagonist finds a terrifying reality after meeting his apparently supportive white in-laws. 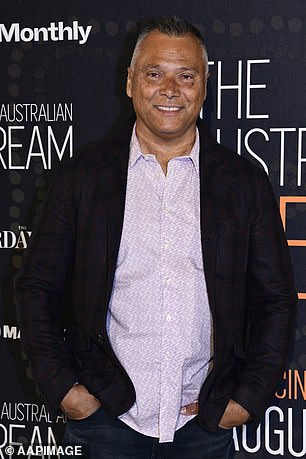 Grant (pictured) poked fun at FitzSimon’s biography of Captain Cook, suggesting it was at odds with his love of Indigenous culture

‘There were dot paintings on the wall, a photo with their arms around Cathy Freeman at Sydney Olympic Stadium, and a framed copy of Paul Keating’s Redfern Statement signed by the last great Australian prime minister himself.’

‘Things did get a bit weird though when Fitzy excitedly gave her a copy of his latest book, a biography of Captain Cook.

‘Apparently Cookie was actually not a bad bloke once you got past his order to open fire on the blacks at Botany Bay.

The FitzSimons-Grant feud started when the pair fell out in April 2020 over the ex-Wallaby’s biography James Cook: The Story Behind the Man who Mapped the World.

At the time Grant called FitzSimon’s depiction of Cook’s character ‘ludicrous’ and FitzSimons defended his biography pointing out it was exhaustively researched.

After Grant’s recent writing appeared, the pair apparently clashed over text message and are not speaking, The Age reported.

It is believed their testy relationship completely collapsed, NewsCorp reported.

FitzSimons complained he was hurt by an ‘unfair and unprovoked attack’ while party guests said it was understood such social events shouldn’t be written about.

A source told Newscorp: ‘It’s like one of those ‘end of year cartoons’ you see in the newspapers: every time you turn around, you bump into somebody more famous than the last person’.

Grant defended himself to The Sydney Morning Herald, saying: ‘I mock myself as much as anyone else in it’.

‘There are more important things to worry about in the world’ than FitzSimons’ reaction, he said.

‘People who can’t laugh at themselves aren’t one of them.’

FitzSimons is reported to have responded: ‘I will leave it for others to judge.’ 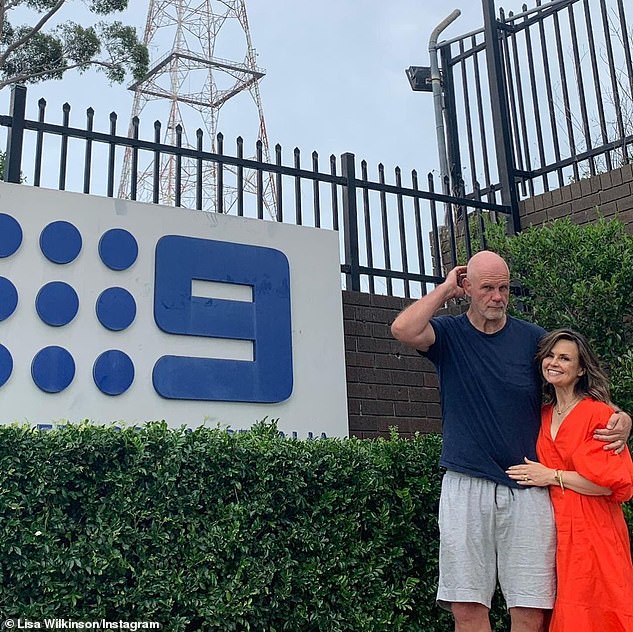 FitzSimons and Wilkinson outside of the Nine Studios, where she worked on the Today Show before moving on to The Project