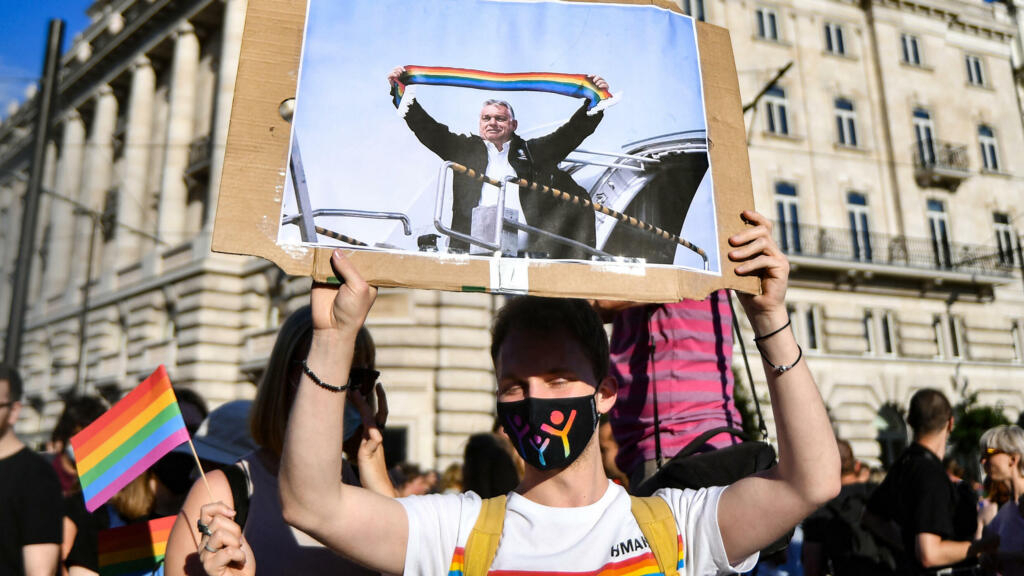 Hungary announced plans on Wednesday to call a referendum on child protection issues to combat pressure from the European Union over legislation which the bloc says discriminates against LGBTQ people.

Stepping up a battle of cultures with the European Commission, Prime Minister Viktor Orban accused the EU executive of abusing its powers in challenging recent amendments to Hungary‘s education and child protection laws.

“The future of our children is at stake, so we cannot cede ground in this issue,” he said in a Facebook video.

The European Commission did not immediately comment on Orban’s plan to hold a referendum.

The prime minister, who has been in power since 2010 and faces an election next April, portrays himself as a defender of traditional Christian values from Western liberalism and has stepped up a campaign against LGBTQ people.

An anti-LGBTQ law, which came into force this month, bans the use of materials seen as promoting homosexuality and gender change at schools. It has caused anxiety in the LGBTQ community and increased friction with the Commission.

EU Commission chief Ursula von der Leyen has called the bill a “disgrace” and said that the EU executive would use “all powers available” to force Hungary to repeal or modify the law.

Legal action launched by Brussels last week over the legislation could hold up EU funding for Budapest.

“In the past weeks, Brussels has clearly attacked Hungary over its child protection law. Hungarian laws do not permit sexual propaganda in kindergartens, schools, on television and in advertisements,” Orban said.

He did not announce when the planned referendum would be held but said it would include five questions.

These would include asking Hungarians whether they support the holding of sexual orientation workshops in schools or whether they believe gender reassignment procedures should be discussed among children.

Orban said the questions would also include whether content that could affect children’s sexual orientation should be shown without any restrictions.