Raphael Varane has FORCED through his impending £42m move to Manchester United, insists Rio Ferdinand: ‘No doubt in my mind, he would have said to Real Madrid “I need it, I want it, I have to go”‘

Defender Varane, 28, is understood to be extremely close to a move from the Spanish giants to Old Trafford for a £42million fee, with £34m up front and £8m in add-ons.

And Ferdinand said on his ‘Rio Ferdinand Presents FIVE‘ YouTube channel that he believes the Frenchman would have tried to force the move through. 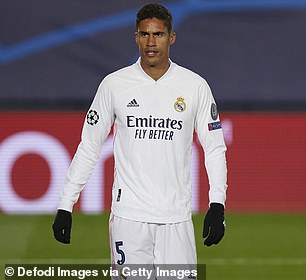 Ferdinand said: ‘What a signing. There’s been talk in the transfer market since it opened up – it must have come from the player.

‘He must have wanted to leave, and be part of the new Man United way, the project that’s going ahead.

‘With Ole Gunnar Solskjaer signing a new deal, Sancho coming in – the talent they’ve got there, the ability to play alongside (Harry) Maguire after he did so well at the Euros probably played a part. I just think he sees this as a better project than what he’s got at Real Madrid now.

‘When you watch him sometimes he almost purrs, he’s got that pace, that poise. We’ve signed a genuine world-class centre back. His list of honours is ridiculous, it’s as long as my arm.

‘It’s a great job by the (recruitment) people at Manchester United. United have been criticised in the past, and rightly so, for dilly-dallying in the market.

‘This one they were assertive, they went for their man and they got him. No doubt in my mind, he would have said to Real Madrid ‘I need it, I want it, I have to go.’ 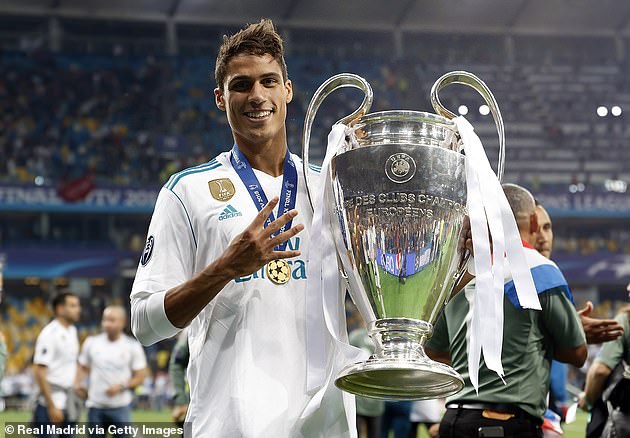 The World Cup winner was one of United’s top transfer targets this summer, with Red Devils manager Ole Gunnar Solskjaer likely to play him alongside captain Harry Maguire at centre back if the deal is completed.

He trained with the Spanish giants on Monday but travel plans have been sorted for his move to England.

Sportsmail reported on Sunday that United may still make a move for Sevilla defender Jules Kounde, regardless of Varane’s impending arrival.

Frenchman Varane is set to be United’s second major arrival of the summer transfer window after the £78m addition of England winger Jadon Sancho from Borussia Dortmund.