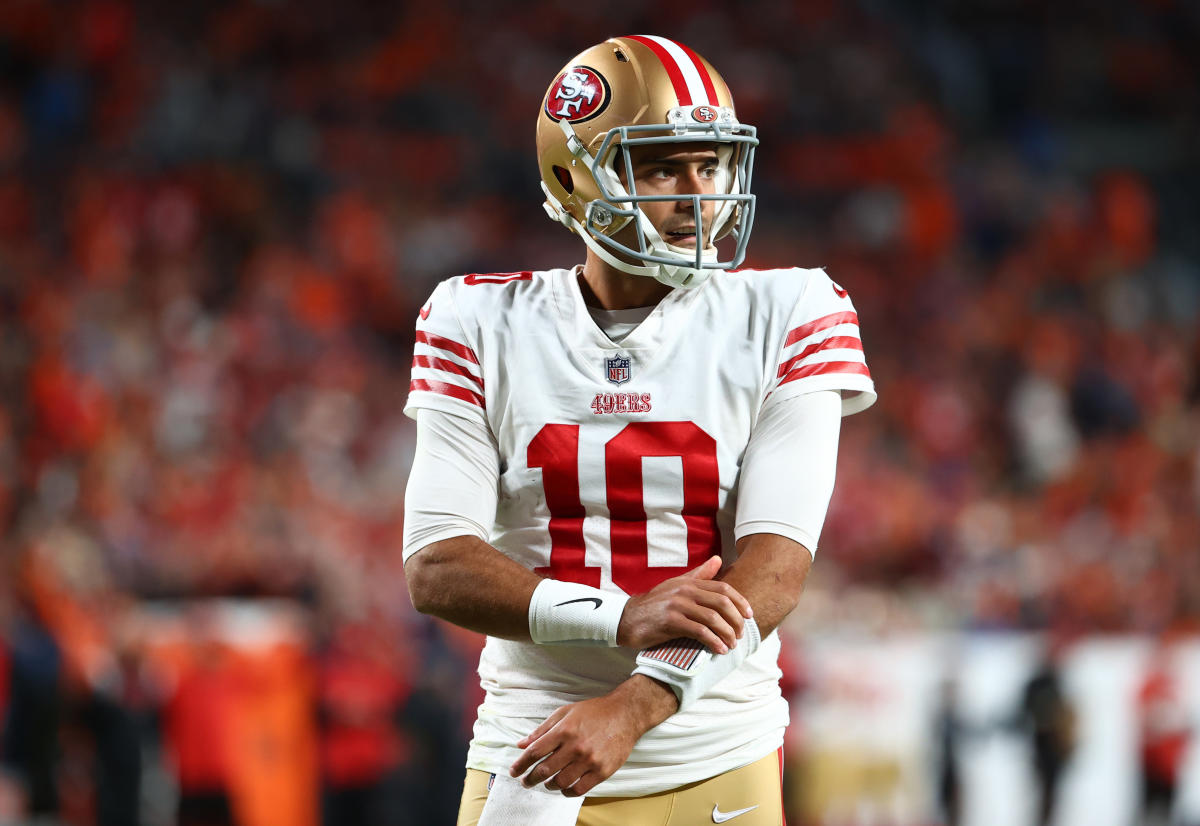 
When you think of Dan Orlovsky, you think of him running out of the back of the end zone for a safety when he was with the Detroit Lions. It’s a blooper that will live forever.

Jimmy Garoppolo‘s safety on Sunday night wasn’t as bad, but it made everyone remember Orlovsky’s mistake. Orlovsky included.

Garoppolo was dropping back on a pass in his own end zone, and kept dropping back until his heel was out of bounds. That’s a safety. It ended up being a great thing for the San Francisco 49ers, because Garoppolo just threw up a terrible pass that was intercepted by Bradley Chubb. It would have been a Denver Broncos touchdown if the whistle didn’t blow because of the safety.

It’s better to give up two points on a safety than seven. But Garoppolo will still get plenty of jokes his way. The first one was Orlovsky, a current analyst on ESPN, who tweeted about the play seconds after it happened.

For those unfamiliar, Orlovsky took a shotgun snap, rolled right and was absolutely unaware he took several steps out of bounds. On Sunday night, NBC play-by-play man Mike Tirico brought up Orlovsky as soon as the broadcast came back from commercial. It happened 14 years ago and was the most memorable play from an 0-16 Detroit Lions season.

Orlovsky is off the hook, kind of. It’s unlikely we’re still talking about Garoppolo’s safety 14 years from now. At least he has some company.