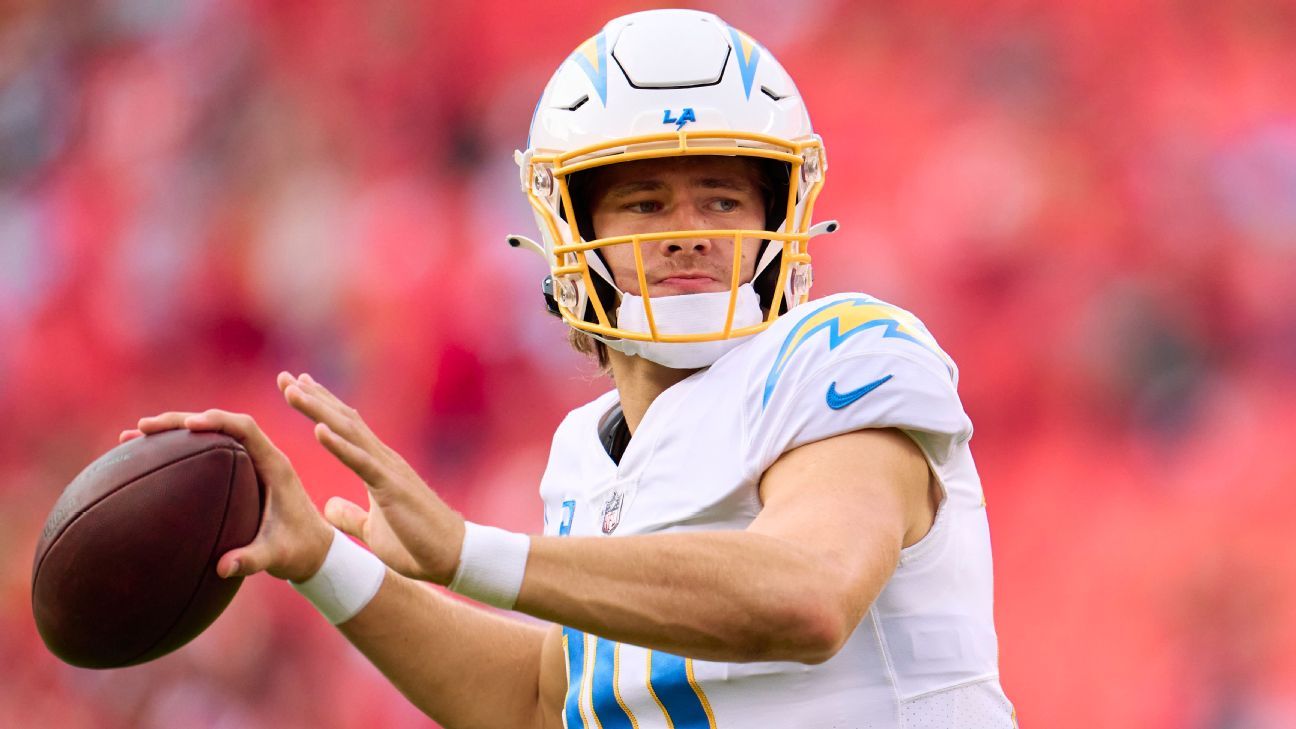 
Los Angeles Chargers quarterback Justin Herbert is expected to make a decision during pregame warm-ups on Sunday about whether to take a pain-killing injection in his fractured rib cartilage to try and play against the Jacksonville Jaguars, sources told ESPN’s Adam Schefter.

Herbert “is pushing to play,” a source told Schefter. Though Herbert wants to play, there was growing skepticism about his status going into the weekend; the decision to play has bounced back and forth throughout the week, Schefter reports.

Herbert was injured against the Kansas City Chiefs in Week 2, taking a hit from defensive end Mike Danna that left him lying on the field for an extended period.

Herbert is listed as questionable for Sunday’s game.

“It’s day-by-day, just waiting to see how he feels,” Chargers coach Brandon Staley said on Friday. “We’re going to progress through the rest of this week and see how it goes.”

Meanwhile, Herbert is not expected to have his center Corey Linsley, who is doubtful with a knee injury, Schefter reports.

In addition, receiver Keenan Allen, who is questionable with a hamstring injury, would like to try and play, but it’s not certain he will, Schefter reports. Cornerback J.C. Jackson (ankle) is doubtful and also not expected to play, Schefter reports.