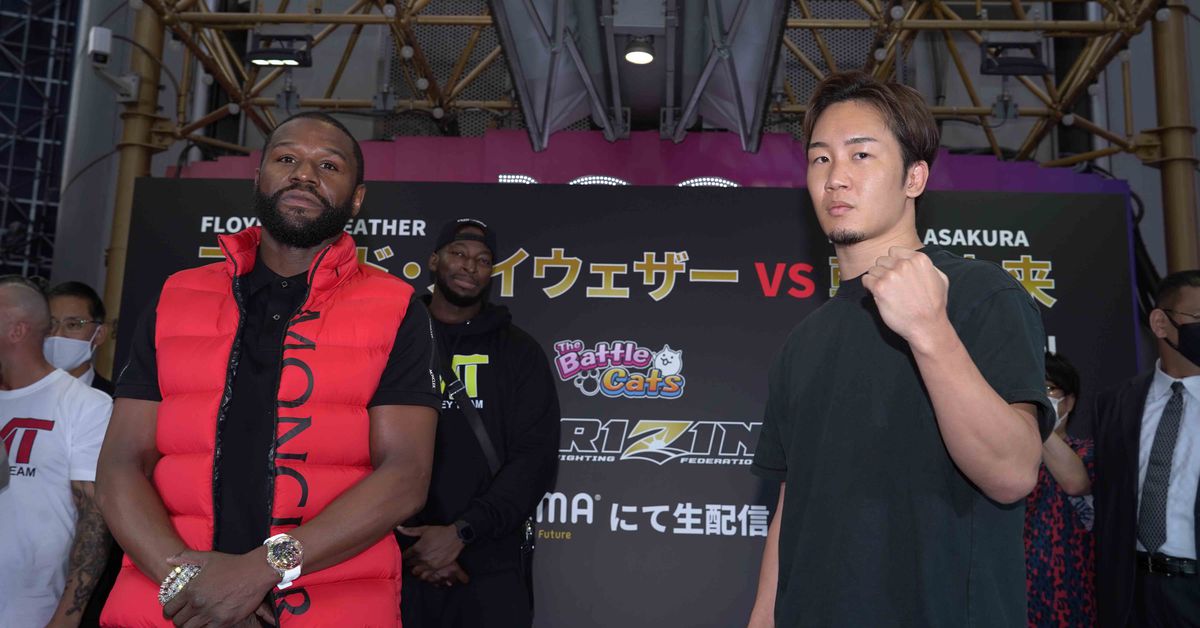 
MMA Fighting has Mayweather vs. Asakura results live for the Floyd Mayweather vs. Mikuru Asakura fight card at the Saitama Super Arena in Saitama, Japan, on Saturday night.

When the main event begins, around 1 a.m. ET, check out our Mayweather vs. Asakura live round-by-round updates for our live blog of the main event.

Check out the Mayweather vs. Asakura undercard live blog below for the FITE TV pay-per-view portion that will begin at 11 p.m. ET.

All three of these fights will be a part of the Super Rizin event which will precede Rizin 38, which will have seven MMA fights, and is headlined by a bantamweight contest between Kyoji Horiguchi and Kintaro.

* This will be a boxing exhibition

* This will be a kickboxing contest with elbows allowed

Round 1: Yoshinari probing with low teeps. He rifles in a left hand to the body. Front kick to the body hurts Trakunpet and Yoshinari charges in. It looks like Trakunpet has recovered and he lands a counter punch. Yoshinari with a knee to the body. Right hand from Yoshinari as he circles away. Yoshinari wins an exchange of body kicks. High elbow lands for Yoshinari. Yoshinari to the body, then another elbow up top. Right hand drops Trakunpet, but he answers the count. Yoshinari starts teeing off on Trakunpet once the action resumes and there’s no response from Trakunpet as he leans against the ropes. The referee has seen enough, this one is over.

* This will be an MMA contest

Round 1: Touch of gloves and we’re off. Bunchuai catches Miura with a quick right hand counter. Miura in for the takedown, then he just pulls guard. Bunchuai throws an elbow from top position. There’s Miura with an armbar attempt, but Bunchuai slips out quickly and lets Miura up. Body lock by Miura, Bunchuai defending against the ropes. Miura gets a trip and goes right to mount. Lighting fast armbar and Bunchuai has to tap!