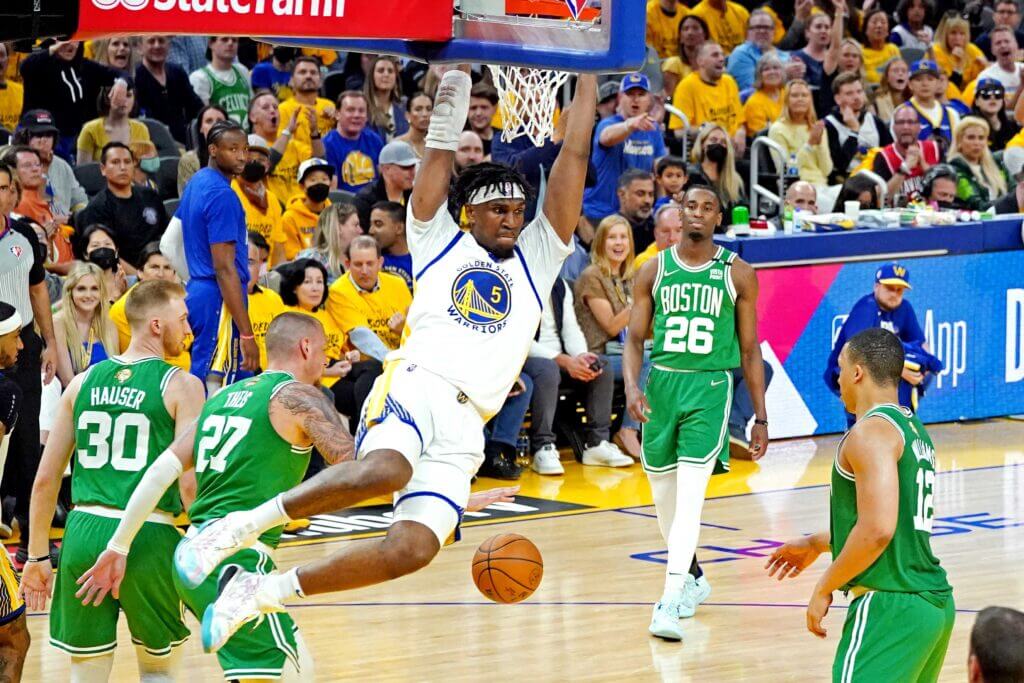 
Kevon Looney and James Wiseman spent the final portion of the Warriors’ first practice working together in a condensed setting. Dejan Milojević — the Serbian big man coach entering his second season as an assistant — had Looney and Wiseman posting up against each other. All the instruction was tilted in Wiseman’s direction, from both the coach and the veteran teammate.

On one particular possession, Wiseman began his gather for a hook shot but left the ball exposed. Looney reached his hand in for a strip. Wiseman expressed some frustration. Looney called him over to explain why he was able to cause the turnover and how to better protect against that type of defensive attack.

It was the type of lesson that was impossible a season ago because there was no chance for Milojević and Looney to take Wiseman through full-speed trial-and-error drills. He was limited to knee rehab and low-stress individual work. Finally, in his third NBA season, he’s cleared for his first training camp.

“It’s a lot easier to teach somebody or even learn when you’re on the court with somebody,” Looney said.

“Watching Loon the last couple years has helped James,” Steve Kerr said. “But now playing against him, he’ll be able to see and feel those tricks of the trade Loon is so good with — flipping the screen, catching the ball in the pocket, (dribble handoffs), all those things.”

“We play the same position, same offense,” Looney said. “He can help me, I can help him.