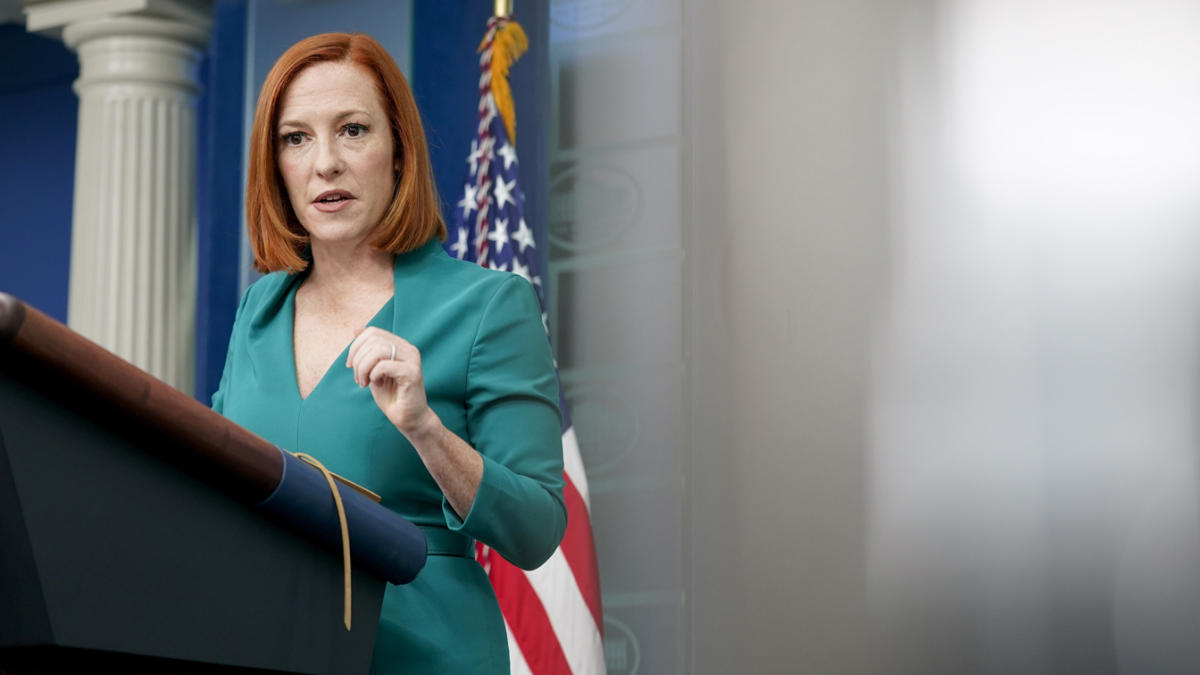 WASHINGTON — It has been two full weeks since the White House pandemic response team has held one of its briefings, which used to be a regular affair during the Delta and Omicron waves of 2021. Now the “invisible enemy” of COVID-19, as former President Donald Trump used to call the virus, has been replaced by the all-too-visible war in Ukraine.

But as public health officials have tirelessly repeated in the last several months, the coronavirus pandemic operates according to its own goals, frequently frustrating attempts of humans to declare victory. Washington was reminded of that uncomfortable fact this week, following the two-year anniversary of the lockdowns Trump ordered in 2020, when the pathogen first arrived in the United States.

At least nine Democrats on Capitol Hill have tested positive for the coronavirus, some apparently after attending a party summit last week in Philadelphia at which President Biden was present. Earlier this week, second gentleman Doug Emhoff also tested positive, which caused his wife, Vice President Kamala Harris, to cancel her appearance at a pay equity event at the White House.

“It’s not gone,” White House press secretary Jen Psaki told reporters on Thursday. It was St. Patrick’s Day, and Biden was to meet with Irish Prime Minister Micheál Martin. Martin, however, tested positive for COVID, so the meeting was conducted via Zoom, with Biden in the Oval Office and Martin across Pennsylvania Avenue in Blair House.

“He was looking forward to having the meeting today,” Psaki said. “And having meetings over Zoom, I think as we’ve all experienced, are not the same.”

There were questions about Biden’s own health and, more broadly, whether the rush to return to normal had been premature, especially with the highly transmissible BA.2 variant causing spikes in parts of Europe and Asia. Politics and public health appear to be at odds on the matter, with elected leaders acutely aware that new restrictions could encounter public backlash and epidemiologists saying that such restrictions — masks in particular — could be necessary in the weeks to come.

“From what I know about human nature, which I think is pretty much a lot, people are kind of done with COVID,” Dr. Anthony Fauci, the president’s top medical adviser, told ABC News.

With many Democrats still afraid of the coronavirus and public health experts warning about risk to the vulnerable and unvaccinated, the White House is faced with a challenge: how to balance caution with optimism. After all, 65% of Americans are fully vaccinated, and millions more have some protection from a prior infection. And treatments for severe COVID-19 are effective — and available.

At the same time, very young children are still unvaccinated, and there is little sense of when the Food and Drug Administration may make them eligible for a shot. And for millions of people who are battling cancer or have other medical conditions, the coronavirus remains a serious threat.

That challenge may have been best summarized by the headline of an opinion essay in the Washington Post last week: “Covid isn’t over, but it’s over for me.”

It doesn’t seem entirely over for Washington, either. The coronavirus sent then-President Trump to the hospital in 2020, but his successor has avoided contracting the coronavirus thus far. He has consistently modeled caution but has lately become impatient about needing to move on from the restrictions that have made the last two years so difficult for Americans.

“It’s time for America to get back to work and fill our great downtowns again with people,” Biden said earlier this month. He has also shed his own mask, which he had been diligently wearing.

On Thursday, the White House announced that its pandemic response coordinator, Jeff Zients, was stepping down and was to be replaced by Dr. Ashish Jha, dean of the Brown University School of Public Health. A logistics expert, Zients had been tasked with overseeing the delivery of vaccines and resolving other operational challenges. Jha, on the other hand, is an epidemiologist, who will likely be expected to articulate to a frequently confused public how to live with the coronavirus.

“We can’t be fearful of this virus,” Jha said earlier this year.

That was the message Psaki tried to project during Thursday’s press briefing, when she faced a fusillade of pandemic-related questioning from the (mostly unmasked) journalists seated before her. Many of those questions focused on why Biden had not been tested for the coronavirus since Sunday, despite having attended an event at which Martin, the Irish president, was present on Wednesday night.

“His weekly testing cadence remains as it has been; it has not changed,” Psaki said, in an effort at keep-calm-and-carry-on messaging. Even though some administration officials are already considering a return to wearing masks to blunt an expected BA.2 spike, the White House is fearful of causing disruptions with school and business closures.

At the same time, the administration has grown frustrated with Congress, which failed to approve a $15.6 billion request for new pandemic funding, intended to bolster the nation’s stockpile of vaccines, therapeutics and other supplies.

“We need this money,” a senior administration official told reporters this week. “Time is not on our side.”

How are vaccination rates affecting the latest COVID surge? Check out this explainer from Yahoo Immersive to find out.