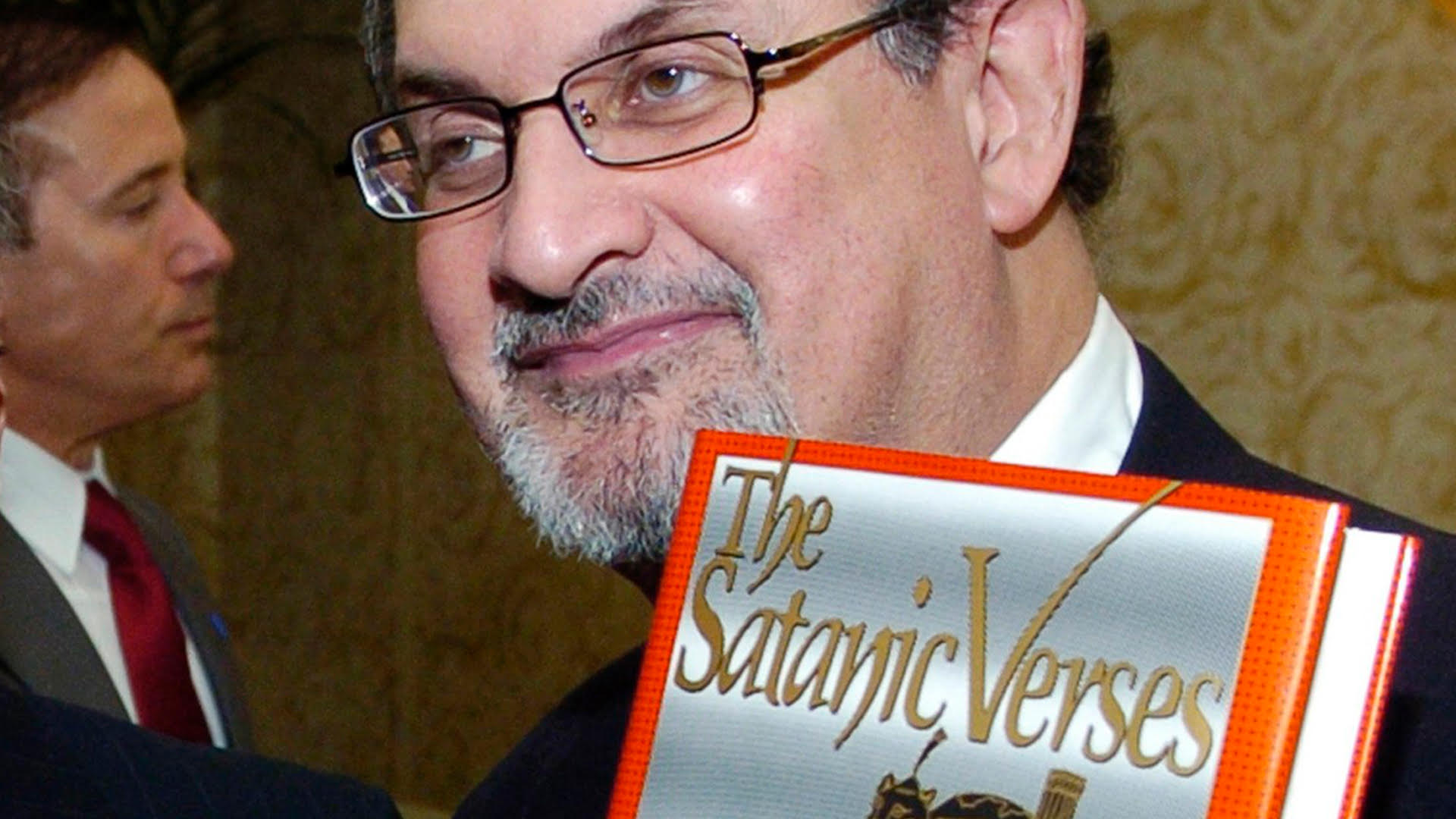 
WRITERS are well aware of the criticism they may receive for the words they choose to write and Salman Rushdie is certainly no stranger to judgment and disapproval.

Not only has the 75-year-old Indian author had a book banned from numerous countries, but on August 12, 2022, he was attacked on stage before a lecture.

What are The Satanic Verses?

Salman Rushdie published his fourth novel, The Satanic Verses, back in 1988.

The book was inspired by the life of the Islamic prophet Muhammad and used magical realism to create his plot and characters: Gibreel Farishta and Saladin Chamcha.

The title refers to the Satanic Verses, which according to Shahab Ahmed, Ph.D., is: “One of the most controversial episodes in the life of the Prophet Muhammad concerns an incident in which he allegedly mistook words suggested by Satan as divine revelation.

“Known as the Satanic verses, these praises to the pagan deities contradict the Islamic belief that Allah is one and absolute.”

Why are The Satanic Verses banned in Iran?

The Satanic Verses has been labeled as blasphemous and created much controversy among Muslims globally.

According to History: “The book mocked or at least contained mocking references to the Prophet Muhammad and other aspects of Islam, in addition to and a character clearly based on the Supreme Leader of Iran.”

The title refers to passages in the Qur’an said to have been removed, in which the Prophet spoke the words of Satan instead of God.

The Supreme Leader of Iran, Ayatollah Ruhollah Khomeini, issued a fatwa against the author and his editors and publishers on February 14, 1989.

“A fatwa is a judgment issued by a religious scholar and can only be repealed by that same scholar, meaning that the fatwa against Rushdie could never be taken back after the Ayatollah’s death in June of 1989,” History explains.

During the time of publishing, violent demonstrations broke out in Pakistan, Iran, Britain, and more.

Rushdie’s work has been banned in several countries although it was a 1988 Booker Prize finalist in the UK and won the 1988 Whitbread Award for the novel of the year.

According to Britannica, Rushdie responded to criticism by saying: “…the book isn’t actually about Islam, but about migration, metamorphosis, divided selves, love, death, London and Bombay.”

In 2012, Rushdie published a third-person memoir, Joseph Anton, to recount his experience while trying to escape assassination attempts and living a life in hiding in the UK.

What happened to Rushdie in New York?

On August 12, Rushdie was attacked as he was about to give a lecture at the Chautauqua Institution in New York.

An Associated Press reporter witnessed the Friday attack on the Indian-born novelist around 11am.

The 75-year-old was knocked to the ground after a man stormed onto the stage and began to “punching or stabbing the author as he was being introduced,” USA Today reported.

“Rushdie suffered an apparent stab wound to the neck, and was transported by helicopter to an area hospital,” according to the police release, while the “interviewer suffered a minor head injury.”

Rushdie’s condition has yet to be revealed.