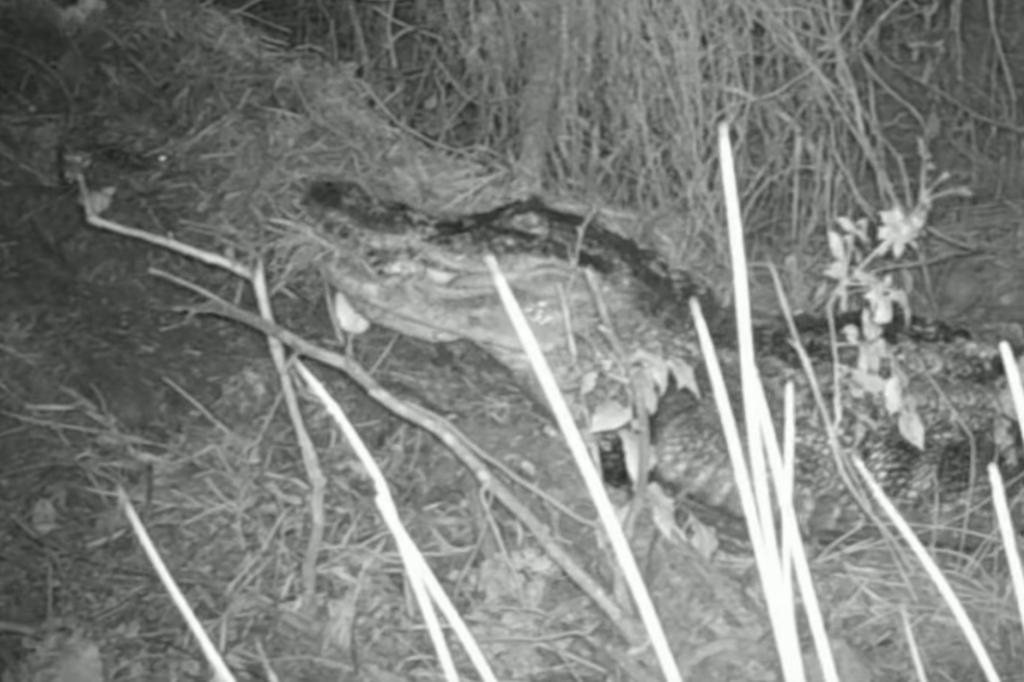 
A video of an 8-foot alligator carrying its new hatchlings to water was recently shared on Facebook.

Earlier this week, the Oklahoma Department of Wildlife Conservation (ODWC) posted the footage which showed one huge alligator working hard to care for its young.

In a Facebook post, the ODWC explained that the 8-foot alligator had been build a 6-foot nest since July in the Red Slough Wildlife Management Area in McCurtain County, Oklahoma.

“It guarded the nest through August and then spent 13 hours digging out the 22 hatchlings and moving them to nearby water, one mouthful at a time,” the Facebook post said about the alligator.

The ODWC added that researchers have been monitoring the alligator’s nest and hatchlings.

In the video, which was included in the Facebook post, the alligator can be seen carrying its hatchlings out of the nest.

Based on the comments, Facebook users seemed to be impressed by the clip.

“Great to see nature doing what it was meant to do,” one person wrote.

Another said: “That’s awesome, thanks for showing us! Lots of reptiles give no parental care at all, so it’s quite interesting to have one of the largest, ‘scariest,’ reptiles that there is do so. Was fun to see.”

Though American alligators aren’t common throughout the entire state of Oklahoma, they are present in the southeast corner of the state, particularly in remote, marshy areas, the ODWC says on its website.