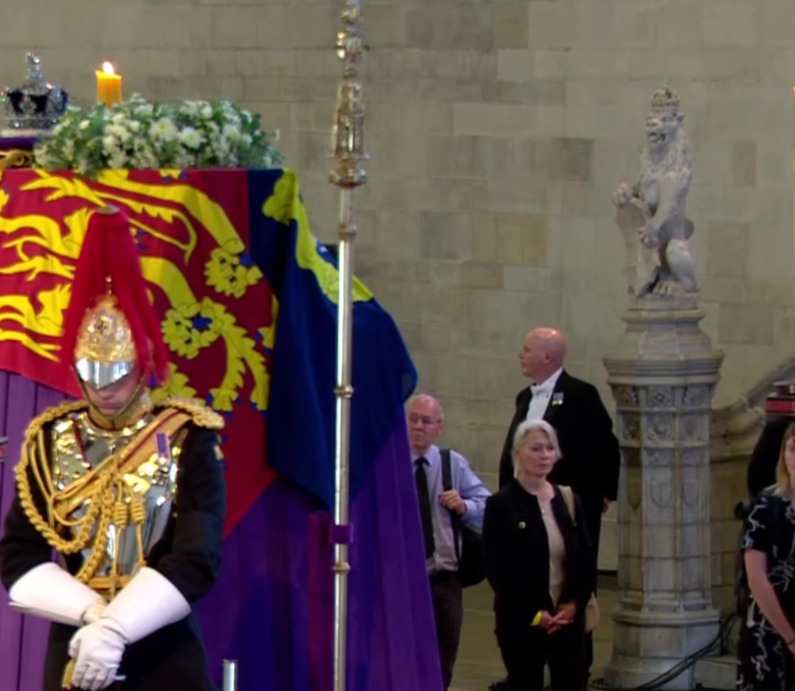 
A MAN was tackled to the ground tonight after trying to pull the flag from the Queen’s coffin at Westminster Hall.

Just after 10pm, the man reached over the aisle and grabbed the Royal Standard with both hands – in an effort to reveal Her Majesty’s coffin underneath.

Live streams of the coffin cut out for around 15 minutes following the incident before resuming.

And Met cops said the man was arrested for an offence under the Public Order Act and is currently in custody.

A Met spokesman said: “At around 22:00hrs on Friday 16 September officers from the Met’s Parliamentary and Diplomatic Protection Command detained a man in Westminster Hall following a disturbance.

“He was arrested for an offence under the Public Order Act and is currently in custody.”